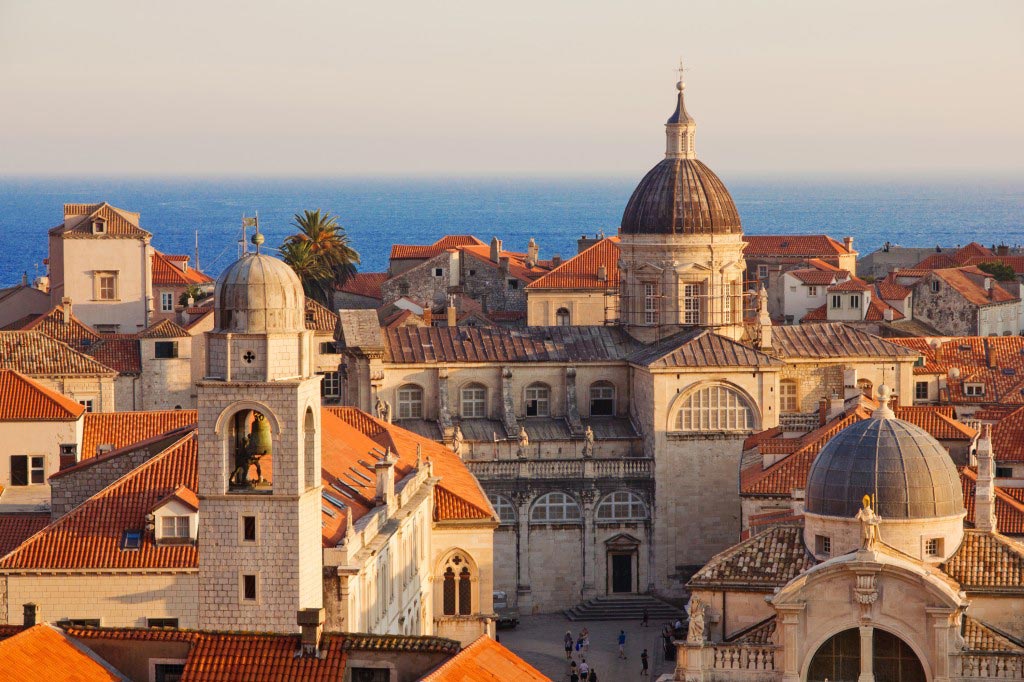 Dubrovnik is a stunning city with a beautiful Old Town. The region has been attracting tourists for centuries and is famous for its piazzas and narrow streets. The best part about the old town is that there are new discoveries at every turn. Tourists can shop for local handicrafts or fresh fruit at the morning market.

The cloisters of the Franciscan Monastery definitely deserve a visit since it’s a place for serenity and home to one of the world’s oldest pharmacies dating to 1317.

The Baroque Cathedral and treasury should be visited, amongst many other attractions as well. Apart from the cultural heritage, the city offers tourists an opportunity to enjoy the sun, sea, nightlife and great restaurants with international cuisines. There are a number of good beaches in the region that one can enjoy and Dubrovnik allows swimming and sunbathing almost anywhere along the coast. Lokrum Island, in particular is a popular place for swimming amongst locals and visitors.

There is much to enjoy in the city in the summer, especially its Summer Festival in July and August, which includes activities such as concerts and ballet.

There are few parts in the city that are being restored after the damage during the Croatian War of Independence but the atmosphere is warm and welcoming. Many guided walking tours are available in Dubrovnik, which will allow you to view areas around the old town in case you intend to spend a short period of time in the region.

Dubrovnik is located in the country of Croatia, which is across the Adriatic Sea from Italy’s east coast. Croatia has the longest coast in Southeastern Europe on the Adriatic Sea and is bordered by five countries including Hungary and Serbia.

The weather is pleasant during the months of July and August and a lot of tourism happens during this time of the year. Northern Croatia has a continental climate whereas the coastal areas have a Mediterranean climate.