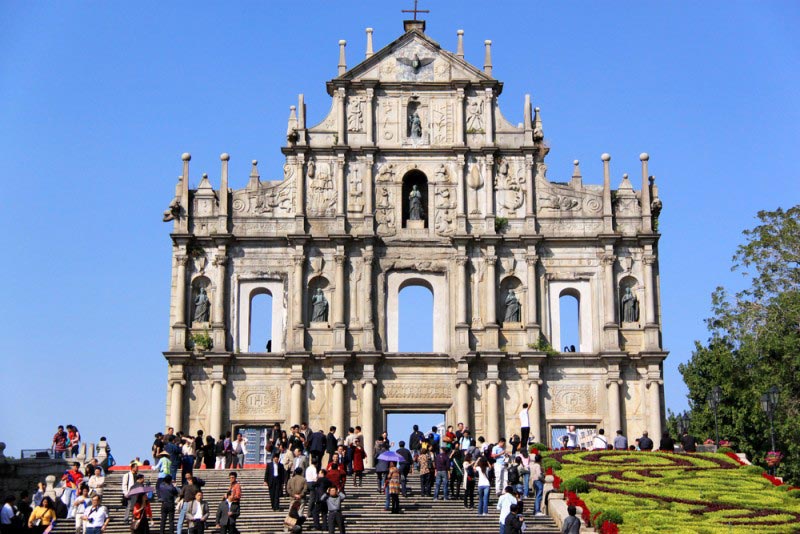 Macau is a port city with an unique history and modern mix of cultures. Once a Portuguese colony, Macau was under Portuguese administration from the mid-sixteenth century until 1999, when it fell under Chinese rule. Macau had been inhabited by Chinese fishermen and seafaring merchants, who established fishing villages. Portuguese traders arrived and settled in the port as part of its trade route, making Macau a prosperous port town. A population influx in 1949 brought many Chinese refugees, and Macau then became a Chinese territory administered by Portugal. Today, the city of Macau is considered a Special Administrative Region of China, and displays a fusion of cultures coexisting and connecting.

The port of Macau is an important and long-lasting point of international trade – the trade of goods as well as culture. The Macau Historic Centre exhibits the merging of East and West, with architecture, technology, and culture influenced by both the Portuguese and Chinese inhabitants. Its streets are European, yet Asian, a development of something entirely unique to Macau.

Two zones in the Historic Centre, with about 25 historical buildings with architecture influenced by both Portuguese and Chinese styles were designated a UNESCO World Heritage Site in 2005. Visitors to the Historic Centre of Macau can take the Macau Heritage Walk circuit to view examples of some of the earliest Western architecture in Asia, including styles from the Renaissance, Baroque, and neoclassical periods. Though these are in Western style, they incorporate characteristics from Chinese culture, including Chinese murals. Temples and homes in the Chinese style are also found in the historical city center.

The Guia Fortress, which includes a fort, a chapel, and a cemetery, was built around 1622 to 1638. The lighthouse on site is the oldest lighthouse in South China.

Other notable historical sites include several churches, including the ruins of Saint Paul’s church, though the façade is all that remains. The A-Ma Temple, situated in Barra Square, is a Taoist temple that may have contributed to the name of the city Macau. Dom Pedro V Theater was the first Western theater in China, constructed in the neoclassical style. The Moorish Barracks are also neoclassical design, featuring verandas and granite work. Macau Historic Centre includes several town squares, a library, many churches, and historical homes.

Facts about Historic Centre of Macau

Where is Historic Centre of Macau ?

Macau is well connected to both mainland China and Hong Kong, though visitors must pass through immigration from either of these places. Many visitors fly right into Macau International Airport, but some also go to Hong Kong first and take a boat or ferry from there, or take a bus or car from mainland China. Many Chinese even walk into Macau from mainland China. The nearest Chinese city to Macau is Zhuhai. Buses are often available from Macau’s casinos to the historic center of Macau.

Macau’s subtropical climate means that summers are hot, and during late summer and autumn the area experiences typhoons. The mild winters and pleasant spring are the best times to visit Macau.