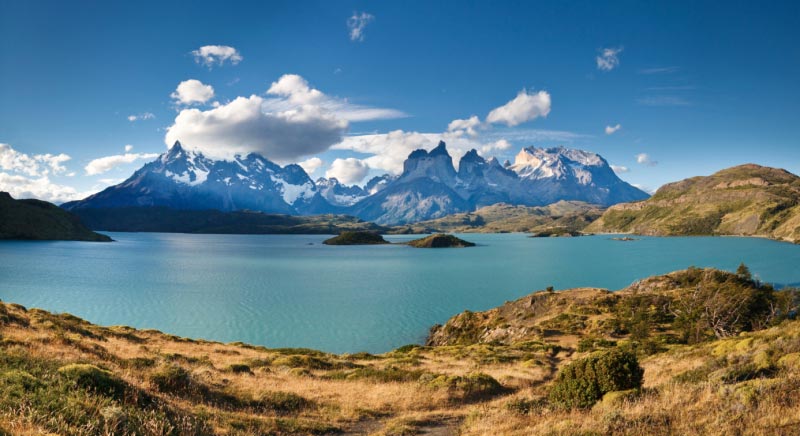 Chile, a country with the largest coastline in the whole of South America, has always been a major tourist destination. This South American Country is encompassed by the countries like Peru, Bolivia, and Argentina. Considered as a home of the Andes mountain range, this country is generally inhabited by the Catholics in a large number. The Republic of Chile has its capital in Santiago with Spanish as the official language. Lying close to Pacific Ocean, it also has some of its portion in Antarctica.

Chile is a country with a  diverse range of climate, which makes traveling an adventure. Apart from its diversity in climate, it has also a wide range of flora and fauna waiting to show. Santiago, Curio, and Chaiten are notable cities which always offer something extra for tourists. Cochamo River and Patagonian Plateau are some attractions of Chile along with some mind blowing islands namely Robinson Crusoe Island, Easter Island, etc. With a population of 16 million, this is a sparsely populated country with some absolutely fascinating sceneries which include waterfalls, glaciers, blue lakes, and many national parks.

While visiting Chile, it is advisable to those who wish to travel by plane, that it is mandatory to pay ‘reciprocity fee’ (like the visa charge) before leaving the airport. Chile has good number of airports, but it is preferable to drop at Santiago Airport, which is convenient for various other reasons. It is a punishable offense to bring fruits and vegetables from other countries. The laws of this country remains same throughout the country as Chile is a unitary country. Although trains are also available from Peru and Bolivia, these lines are slow and unreliable. People within the continent can avail bus services from Argentina, Brazil, Ecuador, etc.

Within the country, Microbuses Colectivo, and Metro facilities are available, which are very well organized and efficient. Leaving aside some trifle crimes and tendency of endemic diseases, tourists can look forward to a perfect vacation in Chile. The different ways of reaching Chile are listed below:

Plane
Most tourists flying to Chile reach the Santiago International Airport. There are many North American and European airlines operating from the same airport on a daily basis. You could also join the membership program of the national airlines of Chile, LAN Airlines, the benefits of which are great for tourists.

Train
Rail network exists with countries like Argentina, Bolivia, and Peru. Irregularity and slow speed are some of the problems faced by tourists choosing this mode of conveyance for reaching Chile.

Bus
If you are in South America, then you could also try getting to Chile by bus. This would be easier on your pocket, but probably not quite convenient. You are likely to pass through points of high altitude and this could be discomforting for some of the tourists. Reaching Chile by bus takes quite a lot of time. Some of the countries which share borders with Chile are Peru, Brazil, Bolivia, and Argentina.

Car
This is the least preferred way of getting to Chile. It involves a great deal of paper work and is really not worthwhile, when you could very easily ride a bus to Chile. Peru, Argentina, and Bolivia are some of the countries from where you can drive to Chile, if you so desire.

The different modes of transportation in Chile are listed below:

Cars
You could get a car on a rental basis and it would cost you about $30, depending on the model of the car. You would be required to produce documents like an international driver’s license, the driving license of your own nation, etc. at the time of getting the car.

Planes
Various Chilean airlines operate domestic flights to various locations in the country. The national airlines of Chile, LAN Airlines have flights which will help you to reach important cities in the country.

Public Transport
Transportation in Chile includes a well-developed bus system and the underground metro rail system. The bus is by far the cheapest mode of conveyance in Chile. The buses in Chile connect all the important cities of the country. The buses stop at various locations and, as such, will take some amount of time before it reaches your destination. Traveling by metro is both convenient and cheap. On a single ticket you can enjoy unlimited rides.

You could also try traveling to some places in Chile on a cruise which is usually available between the months of October and April. You may choose a taxi cab, which hardly costs much. Horseback riding and cycling are also interesting options available in Chile.

In Chile, you can try out almost any of the adventure sports that you can think of. Kayaking, sailing, skiing, trekking, and horseback riding can be done in Chile. The skiing season in Chile is from the month of June till October. The skiing route runs from Santiago to the Andes.

Chilean wine is famous all over the world and a trip to the vines and wineries of Chile would most definitely be a heady experience. Do include the Casablanca wine valley in your Chile wine tour.

The shops in Chile are usually open till 8:00 at night. You can do your shopping at supermarkets, malls and department stores. Bargaining over prices is possible in Chile, but only at small stores and street stalls.

The nightlife in Santiago is as active as you would find it in any other part of the world. Many pubs and restaurants in Chile play live music once the clock strikes 11:00. Thursdays, Fridays, and Saturdays find the Santiago nightlife at its liveliest best. The summer season is the time of the year when numerous festivals are held in Chile, including cinema festivals.