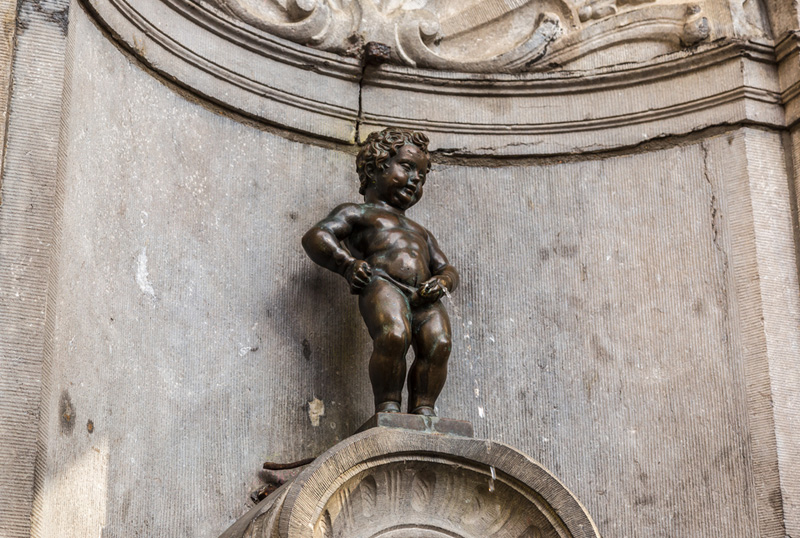 The Manneken Pis is a statue in Brussels, a landmark statue. It is neither huge nor anything extraordinary enough to be recognized as a World Heritage site. Yet, the beauty of the nude peeing infant boy has a unique a charm of its own. There are many statutes of the similar get up in other cities of Belgium but this one is probably the oldest. At times, the Manneken Pis statute is clothed and at other times it remain naked.

The original bronze Manneken Pis, Brussels was constructed in the year 1619 by the Jerome Duquesnoy but after its destruction, it was again replaced in 1630. Before the installment of the bronze statues, there was a wooden work of the same posture of the baby boy. The wooden structure was stolen and replaced several times French and the Flemish people.

There are several legends regarding the reason of the original statute being set up. Some are of the opinion that a small boy, who peed in front of the house of a witch, was turned into stone by the evil woman. Another belief goes that the boy was the leader of a warrior group and he had actually saved his side by urinating on the opponent army. A third story is of the opinion that a father had found his lost son after two years and at this point of time, the boy was urinating. So, the father had a statue of the urinating boy.

Where is Manneken Pis?