Home » Toronto Public Transportation - How to Travel in Toronto!

Toronto Public Transportation - How to Travel in Toronto! 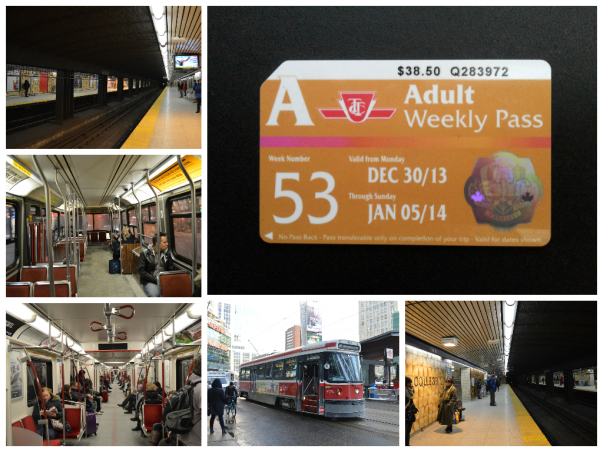 Once you are in Toronto and you have to get from place A to place B, then never think that you are lost. With 'more than enough modes of transportation available, you are sure to reach your destination. Now, this was about the connectivity. If we talk about the frequency and the number of modes of transport, I always thought that one mode always out-numbered the other !

We have 3 major modes of transportation in Toronto, viz. Subways, Buses and Street cars and all of them are interconnected to each other on majority of places.

Like many other subways, the TTC subway is very well interconnected and hence reaches upto almost every important area in the city. From Finch - Union - Downsview ( North- South-North) and from Kipling to McCowan (East to West ), it covers almost all the city plus some areas of the Scarborough. St. George, Union, and Bloor, and Yonge stations are the main stations of this humongous subway line.

The city is furthermore connected with buses. Buses are almost present in every nook and corner of the city and hence run till late hours.

This was the first time I experienced the street car ride. These cars ply at very slow speed and are also well networked throughout the city.

TTC has various pocket-friendly options. They sell tickets ranging from single journey to a monthly pass. During my stay in Toronto, I took a weekly pass through which I could access all the public transport modes ! It cost me around 38 CAD plus the taxes.