Home » 5 Most Famous Caves Around The World

5 Most Famous Caves Around The World

The first home of man was a cave. And as I type out this information on my computer I realize, that the walls of the cave were also man's first blackboard. Much has been preserved in caves, many stories have been told, and civilizations have moved forward. And even today, when we have come so far that we have to squint our eyes to take reconnaissance of the past, many of us are still exploring the gnarled walls of caves for a sign from the past.

This cave, known to be the longest ice cave in the world, is, in fact, 42 km long with only the first 1km covered in ice. The rest of the cave is limestone. The first kilometer or so, is also the only area open to tourists. Variation in the direction and flow of the wind throughout the year ensures the formation of ice year round.

The walk up to the caves is arduous, but the magnificent views more than make up for it. Once you reach the cave, the feeling of being surrounded by ice, and the dark misty atmosphere imparts to the whole experience an eerie feel.

Photography is strictly prohibited which is a good idea considering that such an experience needs to be lived first and the lack of artificial lighting anyway make amateur photography difficult. 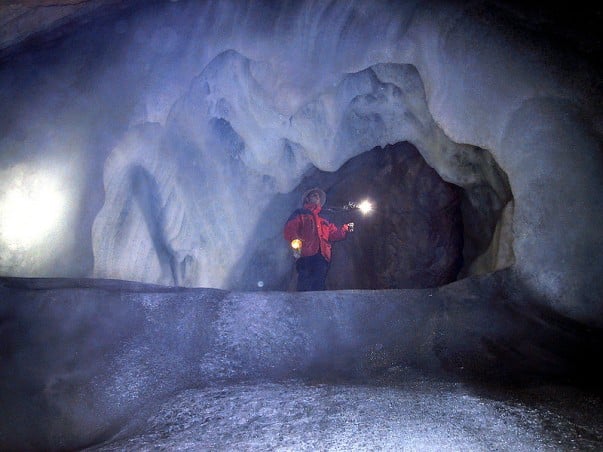 Eisriesenwelt : The longest ice-cave in the world.

The Carlsbad Caverns is a group of caves that lie under the Carlsbad Caverns National park comprising the Guadalupe Mountain Ranges in the Chihuahuan Desert. What makes these underground caves so special? Well, their walls. The walls of the cave as well as the slopes of the mountain under which these caves lie are formed of fossil reef. The walls are formed of fossilized bodies of algae, sponges and snails and many other organisms. Over time sulfuric acid got absorbed into the limestone of the cave walls, creating fantastic overhanging rock formations like icicles.

The caves can be reached by an elevator from the visitor center or by a strenuous hike to the cave's natural entrance. Choose any route you want depending on your level of fitness and your love (or abhorrence) for exercise.

But if you plan to visit New Mexico do not miss the Carlsbad Caverns that attract 300000 visitors every year. 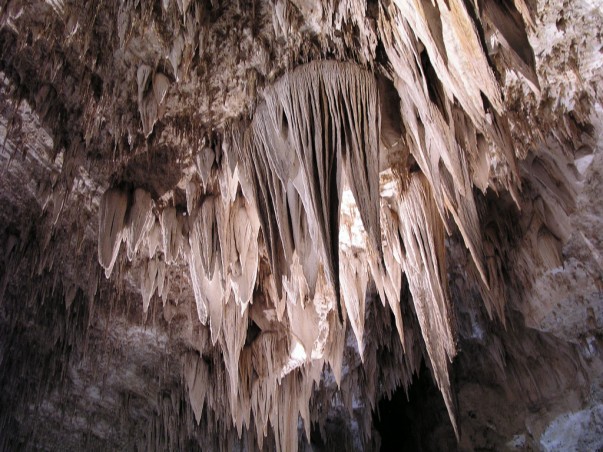 Carlsbad Caverns : a must visit attraction in New Mexico

The Waitomo Caves in New Zealand are more popularly known as the Glowworm caves. These caves are illuminated with the Glowworm Arachnocampa luminosa, a beautiful glow worm native to the beautiful country of New Zealand. These tiny little glowing creatures are found by the thousands inside the Waitoma caves, thus turning the visit to the caves into a surreal adventure. To add to the magic, the authorities have arranged for a boat ride that takes you through the caves, under the brightly lit cave sky.

However, you cannot take pictures here. To take pictures, we recommend you do a tour of the nearby Ruakari caves as well that too present a visual of glowworms, though not as spectacular as Waitomo. 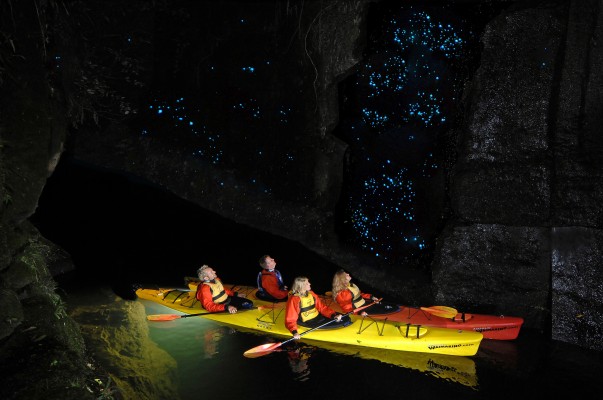 The more I travel and see and learn, the surer I become that there is nothing man has imagined that God (or nature if you are agnostic) has already created. The Majlis al Jinn Cave in Oman is one such instance. The second largest cave in the world (in terms of area) this cave has three skylights through which you can rappel to the floor of this cave. The beauty of these skylights is they throw dramatic beams of sunlight that cut through the jet black darkness of the cave, much like laser shows.

There is also a very interesting legend associated with how these skylights came into a being. A one eyed genie was enraged by a girl called Selma (or Salma) and started throwing bolts of lightning at her running form. These bolts missed their mark and created what we see as the skylights today.

The Majlis al Jinn Cave is a must try for cave explorers. However, till date it requires permission from the government to visit. Plans are afoot to open it up into a full blown tourist attraction. A viewing car will be suspended with the help of a steel cable for visitors to have a nearest possible experience of the sunbeams that make a web across the dark room. 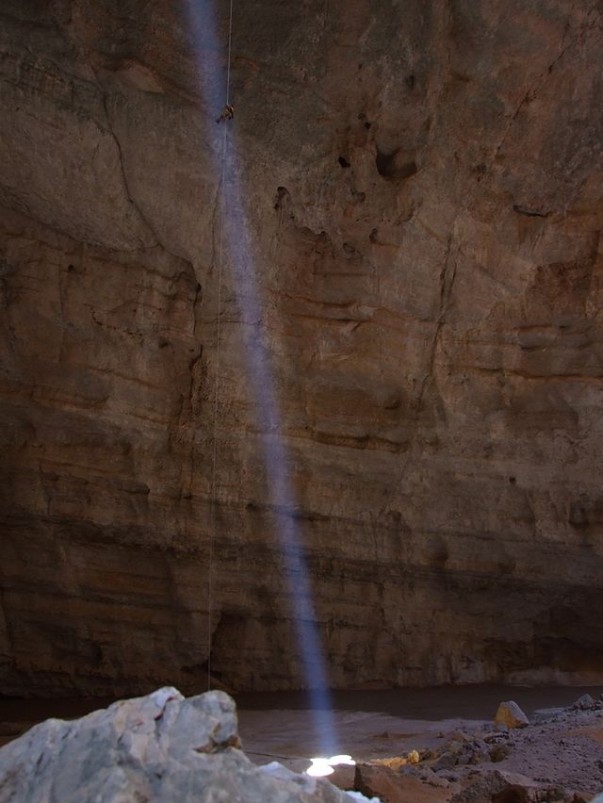 Majlis al Jinn Cave : a must try for cave explorers

Now Reed Flute pulls out all stops to appear at its spectacular best. Standing on the southern side of the Guangming Hill, the Guilin Reed Flute Cave got its name from the reeds that grow at its entrance and are deemed as ideal for making flutes.

The cave is full of stalactites and stalagmites that give the cave an appearance of elfdom. For the speleologically ignorant, stalactites and stalagmites are structure formed inside a cave with years of mineral deposit. Stalactites hang from the ceiling looking like overhanging icicles while stalagmites protrude from the ground. The cave also has inscriptions written in ink. And then, there is the intervention of man- stunning lightning that highlights the beauty of the cave. Brought together, all these things may give you the feel of being in an Asian Christmas. 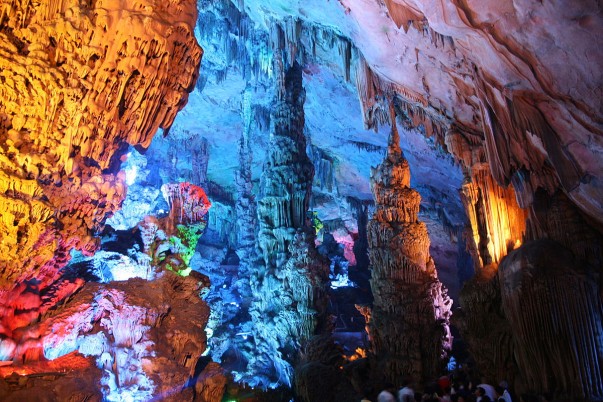