Best Places To Visit In June

It’s hard to believe that we have already reached the halfway mark of 2015. It seemed like we were celebrating the arrival of the year just a few weeks back. So, if you have been too busy to notice that, then you definitely need to take a mid-year break. Here is the list of best places to visit in june that you should definitely consider visiting this month.

Spain ranks at the first position in this list of the best places to visit in June and that’s not because of its beaches and historic monuments but some of the most interesting festivals that are celebrated here in June. For music lovers, Sonar Festival, held annually in Spain, is a must go. Constantly on the pulse of the current electronic music landscape, Sonar Festival is a pioneering festival bringing together established artists with emerging talents on one platform. This year it is the 21st anniversary of the International Festival of Advanced Music and New Media Art. So, combining a playful nature, the avant-garde, and experimentation with electronic dance music's newest trends, this music extravagance is scheduled to take place from June 15th until June 17th in Barcelona. Book your tickets before they are sold out. This year will feature renowned artists like Chemical Brothers, Skrillex, and Duran Duran amongst many others. Check out the official website ­– http://sonar.es/en/2015/prg/ar/list/ – for the lineup. 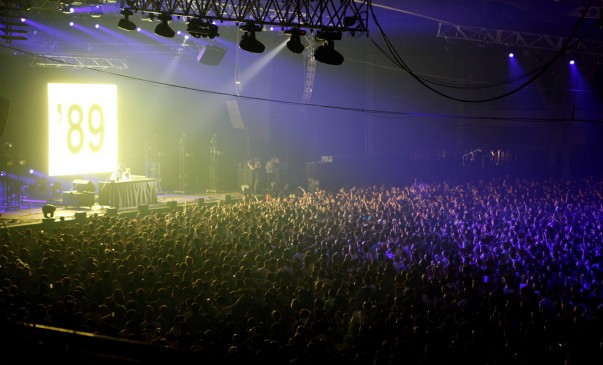 Have fun at the Sonar Festival in Barcelona, Spain

Here is another outré festival in Spain that would make you experience the pinnacle of enjoyment. The Batalla dos Vinos or the Battle of the Wines is observed in the Spanish town of Haro and celebrated by drenching everyone with wine. It starts with the gathering of the townspeople wearing white shirts and red scarves and carrying jugs, pistols, spraying guns, bottles, buckets, and botas filled with red wine. Then the town's mayor on horseback leads the procession toward the Cliffs of Bilibio, where a mass is celebrated at the Hermitage of San Felices de Bilibio. It is celebrated annually on June 29th, although the preparation starts from the 28th and the celebration goes on till the 30th. 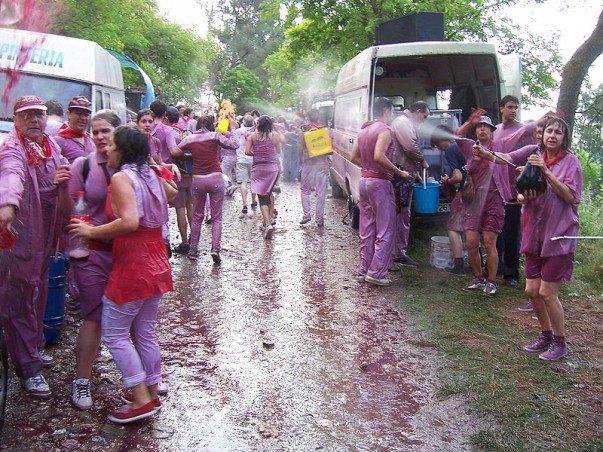 Fight it out at the Battle of the Wines

One of the world’s most unique festivals, El Colacho (aka baby jumping festival) is held every year on Sunday following Corpus Christi in Spain. This year, it is scheduled to be held on the 18th of the month of June in the town of Castrillo de Murcia. During the festival, parents put their babies who are born during the previous twelve months of the year in mattresses in the street and the "devils", i.e. people dressed in red and yellow jumpsuits, leap over them. It is like an aerial baptism, blessing the newborn babies and removing the original sin, though the ritual is not recognized by the Church. The ritual began in the 1620 in the Castilla y Léon. 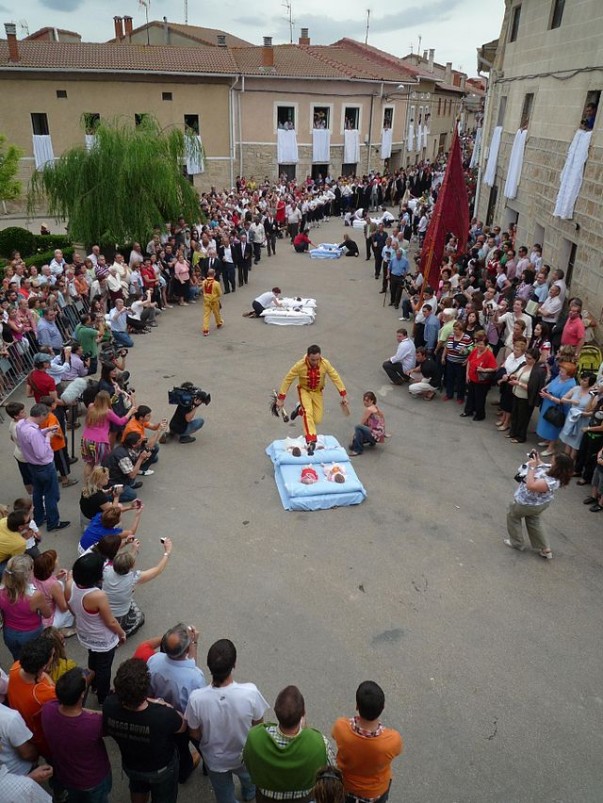 Witness the Celebration of El Colacho Festiva in Spain

Check out the article Top things to do in Spain  & Place to Visit in Spain to know more about Spain.

Peru is famous for its historical sites such as Machu Picchu, the Sacred Valley of the Incas, and the Nazca Lines. The country is very proud of its past and reestablishes its links with the primordial past whenever possible. If you wish to plan a tour of the country, the months from June through August are the best time to visit Peru, as it is dry and cooler in the mountains. Moreover, an important Incan festival – Inti Raymi – the Festival of the Sun is celebrated on June 24th at Sacsayhuamán. The celebration involves a reenactment of a sacrificial ritual performed to please God Inti’s wife. The ceremony takes place at Sacsayhuamán, a ruin of an enormous stone believed to be a fortress long ago. You can sample local Peruvian cuisine, enjoy concerts, dance on the beats of festive tunes, shop at street fairs, pray, and see the reenactment of the ancient Inca rituals, royal procession to an ancient fortress, and finally ladies sweeping away evil spirits with brooms. A nine-day winter solstice celebration, Inti Raymi is the second largest festival celebrated in South America. 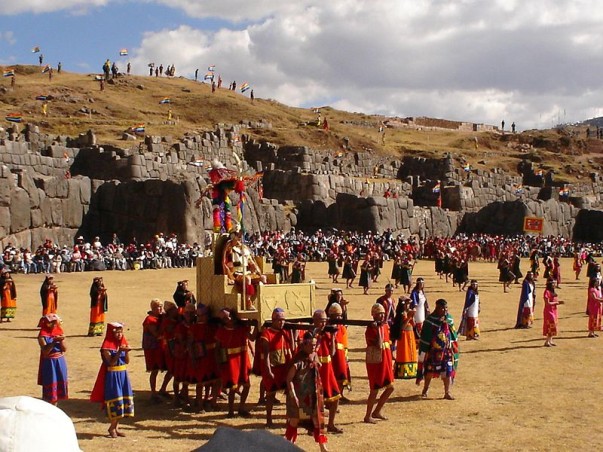 Witness the rituals at the Festival of Sun

Italy is a place where one would surely like to go again and again. With staggering historical ruins, along with the world’s best food and wine, the country casts a spell on the visitors. The month of June sees one of the most colorful festivals in the country, the Infiorata di Genzano. An eye-popping carpet of bright-colored flowers arranged in the form of portraits, abstract designs, and religious figures extend along the main street in the Italian town of Genzano di Roma. Many tourists climb up the hill to see the floral carpet. About 500,000 flower petals, leaves, and seeds are used to make the carpet and when the procession is over, children of the town gleefully trample over the temporary works of art that acts like a signal for the end of the festivities. The festival will be held from the 17th to 19th of June this year. 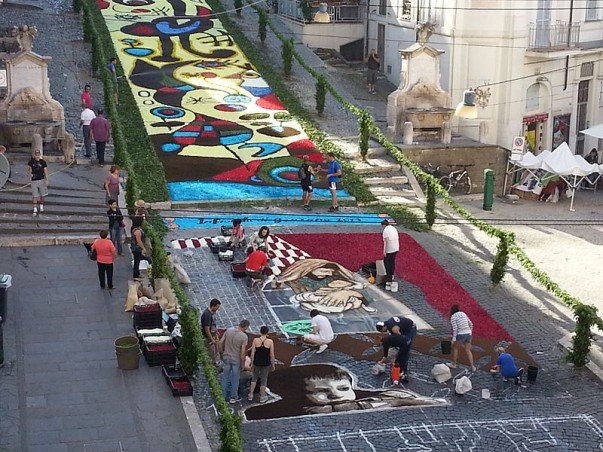 Brazil has always been an excellent place to go during the summer; thanks to its beautiful beaches. But the month of June has a special treat for tourists – Boi Bumba Festival, enlivening a popular traditional Amazonian tale of desire, death, and resurrection. Celebrated in the town of Parintins, the Boi Bumba Festival roughly translates to ‘Beat the Bull’ and tells the tale of Pai Francisco, a peasant, who steals and kills an ox to make a dish from its tongue to appease his wife Mae Catarina’s pregnancy related cravings and how a priest and a shaman later revive that bull. The whole festival has the same vibe as that of the famous Brazilian carnivals with lavish parade floats, exalting troupe performances, goliath colorful puppets, incessant festive drumming, and beautiful costumed dancers.

Due to less rain and pleasant temperature, June is one of the best months to visit England. Besides visiting the Buckingham Palace, Hadrian’s Wall, the Lake District National Park, and so many places of interest in England, you must not miss two of these events that are held in June. The Royal Gun Salute happens many times in the year but the month of June sees it the maximum number of times. On June 2nd, the Royal Salute will be held in Hyde Park to celebrate the Coronation Day of Queen Elizabeth II. On June 10th, the Royal Salute will be fired to celebrate the birthday of the Duke of Edinburgh’s in Green Park. The Queen’s official birthday will be celebrated with a Royal Salute in Green Park on one of the Saturdays of the month. 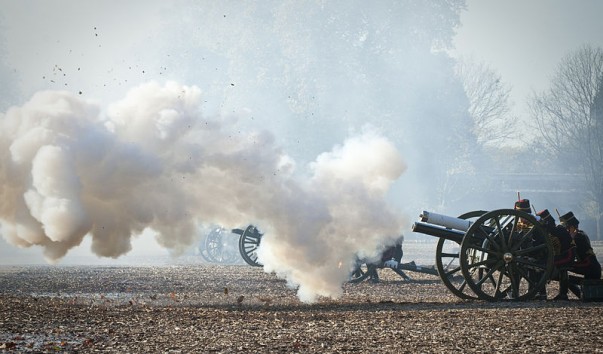 The Summer Solstice is the one of the most important festivals of England. It is celebrated at Stonehenge to mark the longest day of the year – June 21. On this day, the sun rises at 4:30 a.m. and sets at 9:21 p.m. That is REALLY A BIG day! Just get there by the evening of the 20th to watch the sunrise on the 21st. 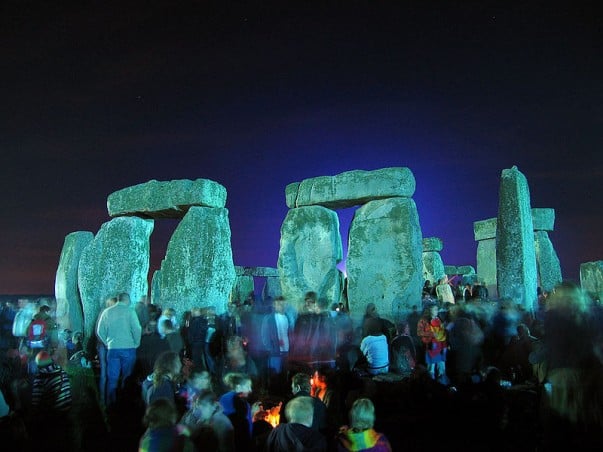 Take part in the Summer Solstice celebrations at the Stonehenge