Known for its friendly beaches, picturesque mountains and blue waters, Coffs Harbour is one of the most popular coastal cities in Australia. It is surrounded by National Parks and offers an ideal environment to the wary traveler looking for a tropical getaway.

The city is filled with excellent shopping centers, cafés and restaurants. But it has the soul of a small town. It is this soul that has helped it retain its unhurried leisurely pace. While visiting Coffs Harbor, the relaxed pace of life is very much evident, even in the small yet iconic attractions of the place. The Coffs Harbour Attractions are much more than simple tourist spots. They are cultural reference points for the people who live here. Hence, more often than not, a grandmother makes a trip to the Pet Porpoise Pool, her grand-kids in tow, to relive her childhood again. Listed below are the most important Coffs Harbour Attractions.

Australia's second big thing! Built in 1964, the Big Banana is 13 meters by 5 meters walk- through structure and a major tourist draw. There is a banana plantation nearby, an ice skating rink a toboggan ride, a water- slide, a souvenir shop selling several things with the theme ‘banana’. A visitor can easily spend a pleasant few hours here. It stands on the Pacific Highway, and nobody drives by without making a stop to click a few pictures.

The Pet Porpoise Pool is a small marine park, offering intimate encounters with dolphins and seals, dolphin shows and a gift shop- much like Seaworld but on a smaller scale. It is a little expensive though. Since the Pool has been around for quite a few decades. For locals who bring their kids here, it is like revisiting childhood memories. 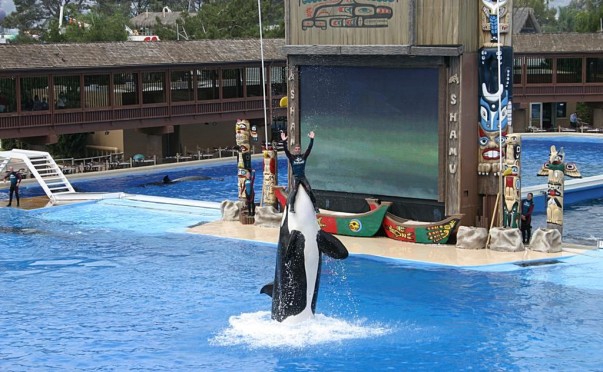 Watch the Dolphin perform at the Pet Porpoise Pool

It is a great way to educate children on butterflies and their life-cycles. Hundreds of butterflies in an enclosed sub tropical setting, are very happy to oblige young visitors by alighting on their heads and heads, as delighted little kids have their pictures taken.

The butterfly enclosure is a little warm, but anyone can enter and exit at any time. 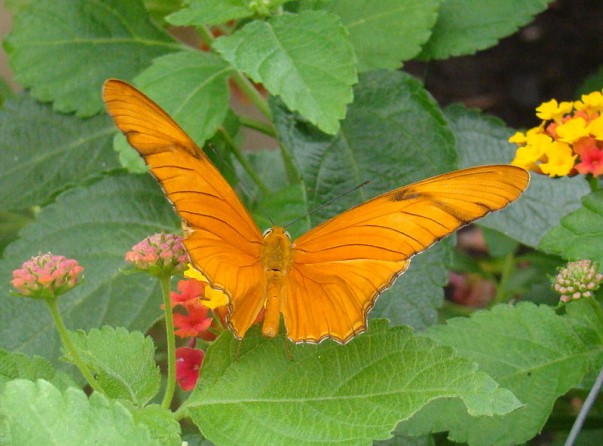 Surround yourself among hundreds of Butterflies.

A nice bushwalk in the heart of a town that takes you through forested areas. Boardwalks make walking possible in mangroves and wetland areas. All in all, a nice place to catch a little breath. It is very close to the Coffs Harbour city center as well as the jetty area. There is an extensive botanical garden nearby.

Connected to the mainland of Coffs Harbour by a breakwater, the Muttonbird Island is home to muttonbirds- also known as shearwaters. Skimming across the water surface, the wings of these birds appear to cut through the water, and make an entrancing sight.

Muttonbird Island is a great place for bird-watchers

The beaches at Coffs are some of the most beautiful beaches of New South Wales. However, swimming in these waters can get a little rough.

The Parks Beach is one of the best surf beaches there. An award winning park of the same name provides a full range of accommodation and entertainment options. Other family friendly beaches are Sawtell Beach and Diggers Beach.

On the other end of the town lie several picturesque beaches- the Sapphire beach, Emerald and Woolgoolga beach, the Corrindi beach, and the Arrawara beach.

Historically, Coffs Harbour was a celebrated producer of bananas. To commemorate this, the Big Banana, one of Australia's first Big Things, was set up in 1964.The Big Banana is a large amusement park featuring a walk-through giant banana. Set inside a plantation, this tourist attraction is widely known as the World's Largest Banana celebrating its most famous export.
Hollywood actor, Russell Crowe has a 791-acre cattle farm in Nana Glen, near Coffs Harbour. He has even paid for the construction of a swimming pool for students in Nana Glen.

Reaching Coffs Harbour is a breeze, with so many bus and rail routes connecting the city to the rest of Australia. Apart from regular bus services, Coffs Harbour is also connected by coach services that run along the east coast. The city is serviced by NSW TrainLink Railway Services. Three southbound and three northbound XPT trains run by Coffs Harbour Railway Station each day. The Coffs Coast Taxi and Hire Car Service runs local taxis. Virgin Australia, Qantas and Tiger Airway regularly fly to Coffs Harbour Airport. It takes only 7 minutes from the city to reach the Airport's passenger terminal via Hogbin Drive.

If you are planning a visit to Coffs Harbour in the summers, be prepared for some humidity and a good amount of rain. But a swim in the soothing warm waves more than make up for it. May would be ideal when the summer heat starts to wear off but the uncomfortable cold is still way off. October is good too when the winters start to depart but the sweaty summers are still way off.