Home / Tours / Things To Do and See In Bucharest, Romania

Things To Do and See In Bucharest, Romania 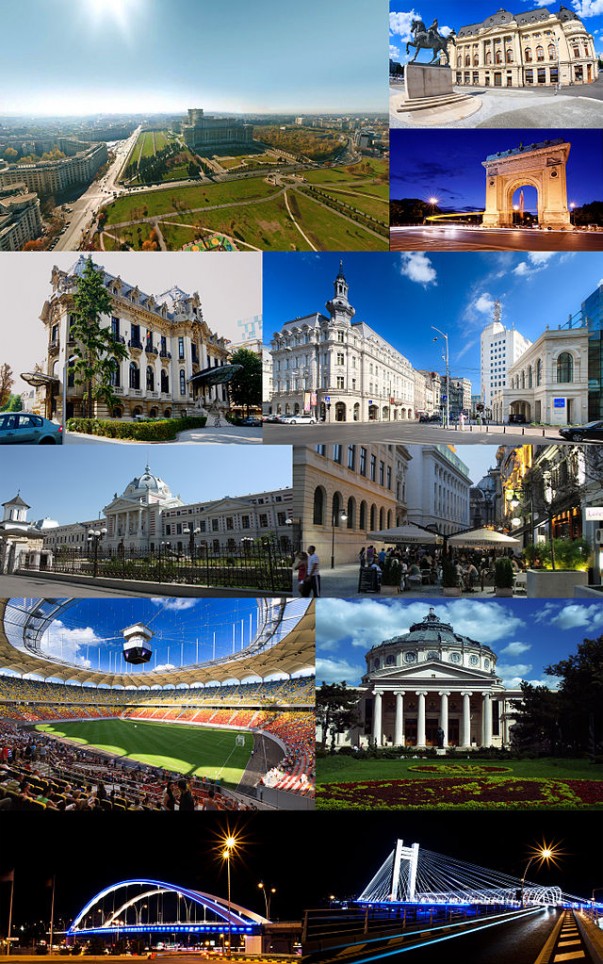 Bucharest, the capital city of Romania is home to almost two million inhabitants and is a European tourism attraction for another million visitors every year. During the inter-war period, Bucharest was called “small Paris” due to the fact that it had the same Parisian charm but on a smaller scale. Today, Bucharest is a great city break idea for those who wish to taste a bit of Romanian culture and enjoy a great time. But what can you do in Bucharest? Well, here is what we think you can try while in Bucharest.

If you wish to see how Bucharest looked in its glory days then arm yourself with your camera, a map and start an enjoyable walk on the Unirea – Lipscani – Calea Victoriei – Magheru – Romana – Dorobanti area, but take it one day at a time, because it will take you some time to see everything. You will love it.

If there’s one thing Romania is well-known for it's the beautiful women and if you want to get to know some of them the best thing to do is to go clubbing. Statistics say that great clubs are the #1 Bucharest attraction and they may be right. We recommend Bamboo, Le Gaga, Bellagio, Fratelli or Boa for posh parties. But if you wish to spend 1-2 dollars for a beer, go for a rock cafe or pub such as Jack, Roadhouse, The Legend or Fire.

The largest and most beautiful park of Bucharest, Herăstrău is a must visit. You will recharge your batteries and enjoy the landscape by taking a cruise on the lake, going to the summer theatre, see some art exhibitions or even go fishing.

Visit the Largest Building in Europe

Bucharest is the best location to try out traditional Romanian dishes and get to understand the Romanian culture and flavors. Our restaurant recommendation for you is definitely Caru’ cu bere that was inaugurated in 1879 and is still going strong.

If you have an artistic bent of mind, then the George Enescu Museum is a must-visit destination for you. Opened by the mayor of Bucharest, Gheorghe Grigore Cantacuzino in the Cantacuzino Palace during 1901-1903, the museum is an example of Art Nouveau style. The museum was built to honor the most famous Romanian composer, and thus it houses an array of documents and personal items of the musician such as sculptures and the artist's death mask etc.

The Victory Avenue is a delight for history lovers. Victory Avenue also called Calea Victoriei, is Bucharest's oldest street. The avenue was constructed in 1692 to connect the Old Princely Court to Mogosoaia Palace. Following the triumph of the Romanians' War of Independence in 1878, the street was named as Calea Victoriei. The avenue boasts of several important buildings including The Athenaeum built in 1889 by Albert Galleron; The Carol I Royal University Foundation built in 1895 by Paul Gottereau; and The Postal Palace built in 1900 by Alexandru Savulescu.

Romanian Athenaeum, an ornate concert hall, a prominent architectural symbol of national culture built by French architect Albert Galleron, stands across the former Royal Palace. This place was designed to be a temple of Romanian arts, sciences and culture; and it fully served its purpose. The Athenaeum served as a place for delivering lectures, and a venue for art exhibitions. Many renowned Romanian scholars deliver lectures in this place. Several concerts of the Romanian Philharmonic Society were held here. Today, the Athenaeum houses the country’s most esteemed George Enescu Philharmonic Orchestra, and holds one of the most important events in Europe - the “George Enescu” Classical Music Festival.

Located in the proximity to the ruins of the old Princely Court built by Vlad III the Impaler, Lipscani has served as an important commercial area for the whole of Wallachia since the 19th century. The word lipscan was used to refer to a trader who brought wares from Western Europe. Today, it is popular for its restaurants and bars. A few reputable shops like Yves Rocher and Adidas, etc. are gradually turning Lipscani into a commercial shopping district.