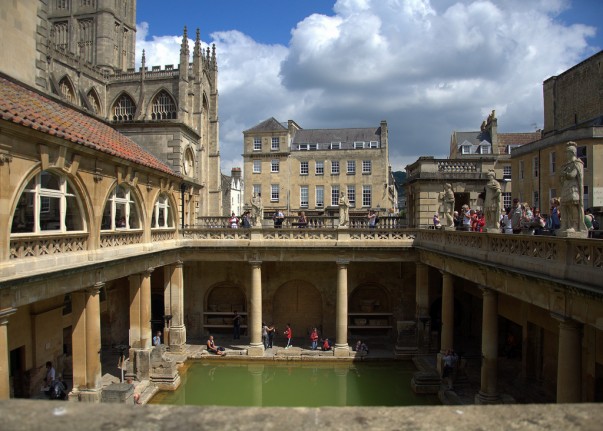 British people have a reputation for their penchant for cold baths. This is very much a legacy left behind by Romans. There was a time in the medieval era when it was customary to take a plunge on the cold waters every day.

On your trip to London, do make it a point to visit the ancient 2000-year-old historical remnants of London's rich virile past, courtesy the Roman Bath which is located at Strand Lane.

This rather miniscule bath was fully renovated in the 19th century and was opened to the public for indulging in cold plunges. This famous Roman Bath is a cherished property of Westminster District National Trust.

A Happening Place for the Roman History Lovers

As far as Roman legacy is concerned, there are plenty of relics and artifacts, which can be seen in the famous museums of London. But nothing credible is seen in the quintessential London streets. With this perspective, the Roman Bath at Strand Lane comes as a huge surprise to visitors who have a passion for Roman history. Strand Lane is just a stone's throw away from Strand Tube Station. You can also reach Strand Lane by embarking on the district train that goes to the Temple.

Go further uphill to Arundel street and then turn left. There you will find Strand Lane. Halfway down the lane, a signboard proclaims - "The old Roman Bath". The literary character David Copperfield also took the bath plunges here. The bath is 15 feet 6 inches long and is fed by a natural spring.

The bath is concealed by neighborhood buildings and except for the signage, there is no way to find it out. The bath is situated in an arched room, which is made out of red brick, and the fed water has its origin at the Holy Well of St. Clement which is close by.

The Roman Bath can be observed from the street, but if you are curious to examine it up close, you need prior permission and you can visit the bath only on Wednesday during working hours.