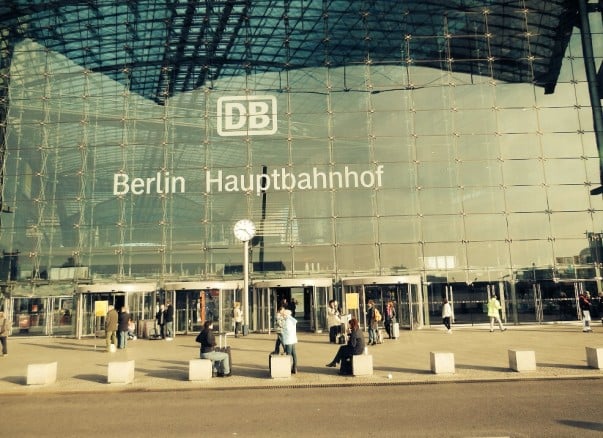 The train snaked into Berlin's main station early in the morning, I collected my bags and rubbed my eyes walking through Berlin's massive new landmark - The Berlin Hauptbahnhof. I knew from my frantic last minute readings that in Germany 'Hauptbahnhof' means main or central station. It may not be in the center of the city, but you can find a Hauptbahnhof station in many German cities. The one in Berlin was a massive structure, with a giant curved glass roof and was built like a mall - with levels, escalators, convenience stores and restaurants. I've always been fascinated with train stations, they seem to me like a melting pot of different cultures, people arriving from various locations, carrying with them the stories, the cultures and flavor of that place 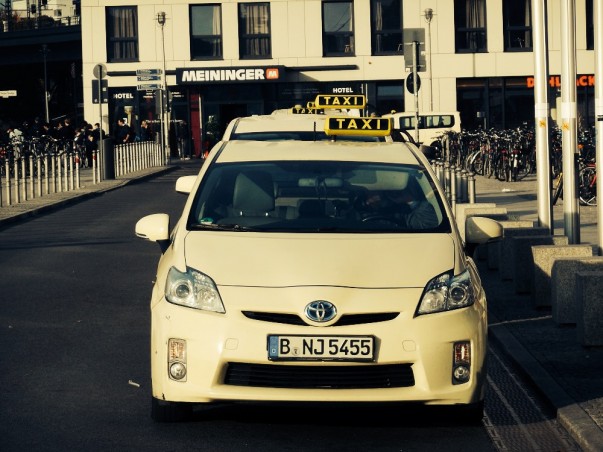 Getting a taxi outside the station was easy, the cabs with yellow signs were lined up near the entrance. The fare started at €3.20, and increased by €1.65 every kilometer. Asking the friendly driver I learnt that after the first seven kilometers, the fare would tick by €1.28 for every subsequent kilometer forward. I was staying in Mitte, the central borough of Berlin and the fare with tip came to €9. It is common courtesy to tip about 10%-15%, or round off to next number. Alternatively you could also take either S or U-Bahn (local metro/subway trains) and get into the city. A single ticket into the city starts at €2.60. Many Hop-on Hop-off buses also stop at the Berlin Hbf station, you could get on one, if you have hours in Berlin, you can't get a better tour of the city

Trains From Near and Far 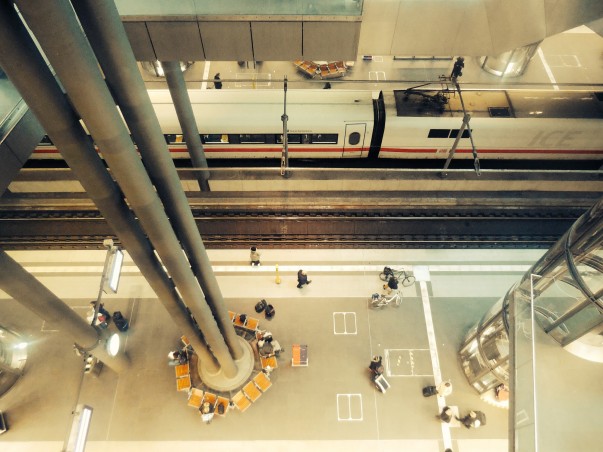 Book early to get cheap rates on night trains from all over Europe.

With trains arriving from all over Europe, the main station is like backbone for Berliners. I got off from a night train from Frankfurt, and there were schedules of trains arriving from Amsterdam, Paris, Zurich, Vienna and Budapest among others. Book in advance to get cheap rates on night trains. The station is also a hub for long haul trains to destinations as far as Moscow. 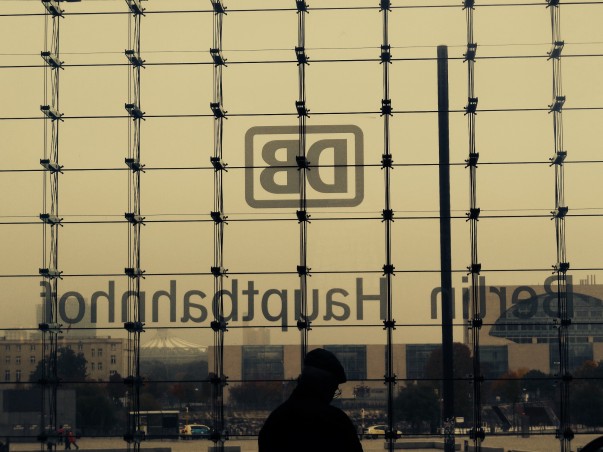 The Berlin Hauptbahnhof station is operated by Deutsche Bahn (DB), which is Germany's national train corporation, connecting Berlin with other major German and European cities. 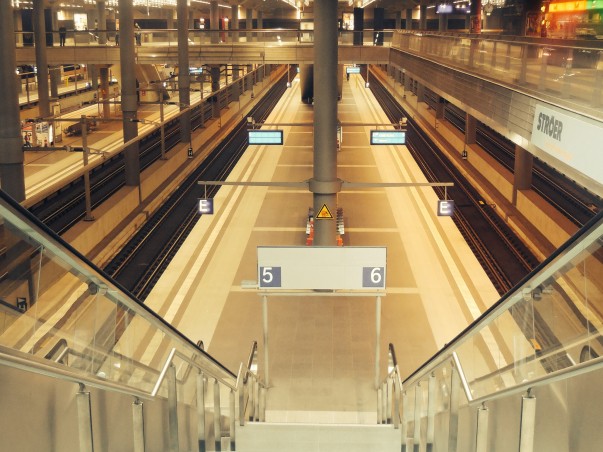 What's That Song in The Air? 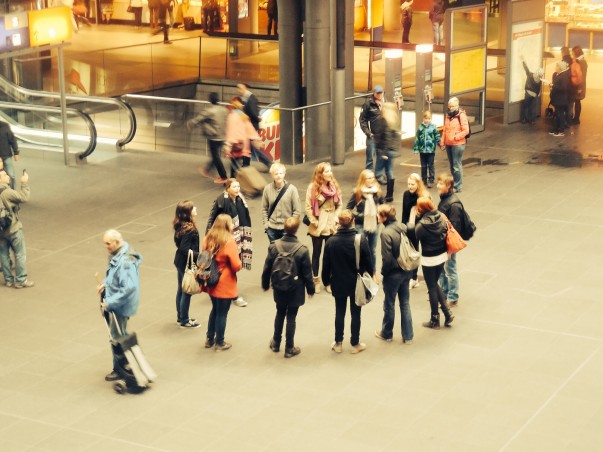 One level below, I spotted a group of cheerful youngsters, who had gathered together in a group song performance. The song seemed  to be about world peace, from my limited German understanding. I have seen flash mobs, dances at stations in other cities, here it was a group song and a rather small group, but it was beautiful and refreshing. Everyone in their daily hustle slowed down to appreciate the enthusiastic energy of the group. 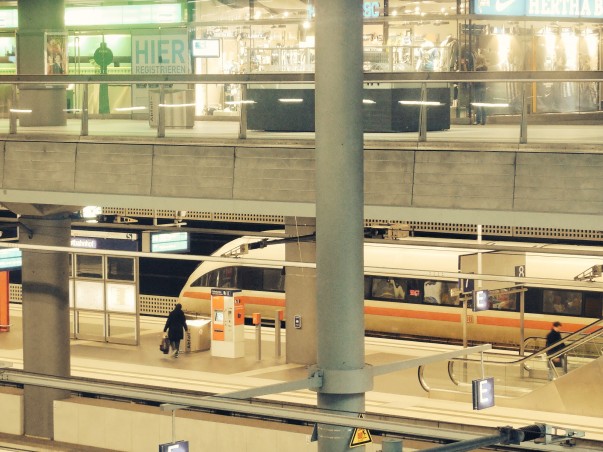 It is a good practice to watch the notice screens, and be fast with translations.

On my way back, I arrived at the station a good hour and a half early, with a good buffer in case something happens. It is always a good practice to note the announcements on the flickering screens on the platforms. Upon translating the text on my phone, I learnt the expected train won't be arriving with the 7th compartment, take a guess about the compartment I was waiting for. It all got sorted, once I boarded the train. Just two nights before, I almost missed my connecting train, which for some reason was parked on the wrong track. Common sense needs no language 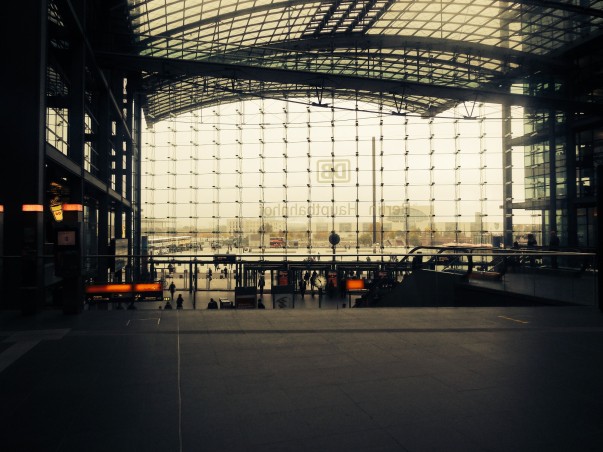 View from inside - Berlin Hauptbahnhof station

Yes I'm Sure, I Remember A Fish & Chips Sign 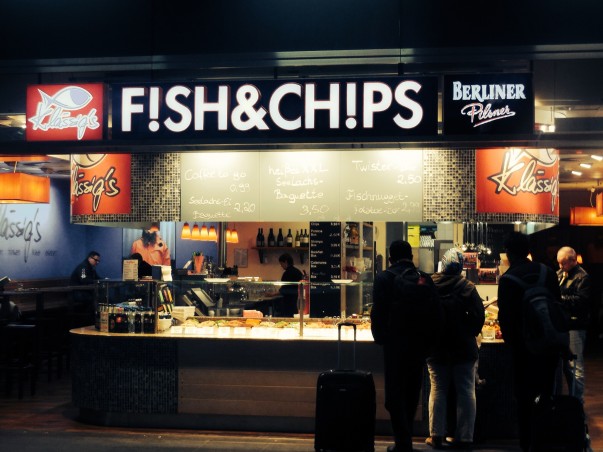 Many options for a quick bite at Berlin Hbf station

After a rather weird experience ordering Fish in Frankfurt, I was determined to find it in Berlin. I remembered seeing a Fish & Chips place when I had arrived at the station 2 days ago, so I made sure I found it, and had enough buffer time before my train, to enjoy the juicy delights of fish and chips. There were many other options for quick bites, including McDonalds, Currywurst Express and some local restaurants. 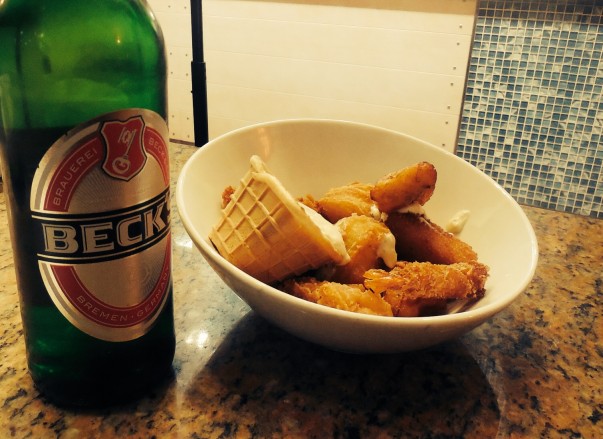