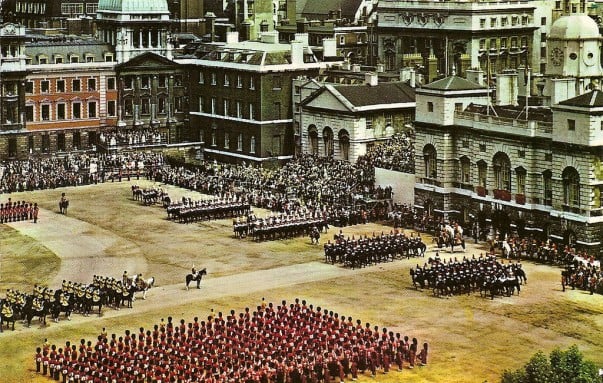 The Horse Guards Parade London is a large and sandy square, which was especially created in 1745 and was dedicated to the soldiers who provided protection to the king. The Horse Guard is located to the North of Downing Street on the western flank of Whitehall. The building was designed by William Kent, the then Chief Architect to George II.

Horse Guards: The Elite Cavalry of the British Army

The center of attraction here is the Horse Guards themselves. The guards belong to the elite Household Cavalry Mounted Regiment that happens to be an amalgamation of two of the oldest and most superior regiments of the British Army. The duty of the Guards is plain and simple to protect the monarch. They wear colorful uniforms. The life guards wear red tunics along with white plumes and the Royals were blue tunics and red plumes.The Horse Guards Parade London being located in the heart of London is easily accessible and has the distinction of being one of London's single largest open space.

Ever since the re-establishment of the monarchy, way back in 1660, the horse guards have been providing security to the monarch. The Horse Guard Parade is one of London's best known tourist landmarks and happens to be the setting of one of the most ceremonial "Changing of Guards" parade which takes place every day along with the annual "Trooping the Colour" parade. Apart from changing of Guard and Trooping the Colour, another marvelous occasion is the "Beating the Retreat".

The Horse Guard Parade area is almost always crowed which means you need to be at the venue quite early to get a vantage position to view this spectacular event. Every now and then, the ceremony is called off at short notice, so it would be prudent on your part to check with the authorities prior to your departure.

Do remember, the regal military pageant, which is also the most spectacular in the whole of Britain - "Trooping the Colour", is celebrated in June, which incidentally coincides with the Queen's birthday.