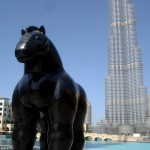 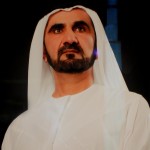 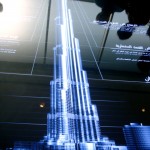 Begin your Exploration at the Multimedia Gallery 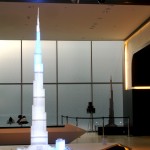 Know about the History and Architectural Details of Burj Khalifa 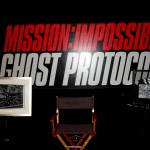 Burj Khalifa is a favorite destination for filmmakers 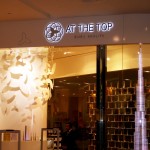 At the Top, the Observation deck at Burj Khalifa 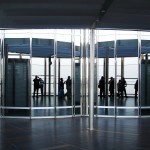 Enjoy the city skyline from the observation deck 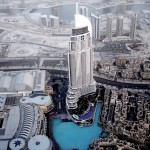 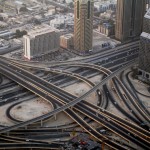 and the ‘crisscrossing expressways’


For every curious traveler to Dubai it is hard to imagine that a small regional desert flower “Hymenocallis” could become a source of design inspiration for one of the world's tallest buildings - the Burj Khalifa. Architect Adrian Smith found his muse in this small, simple, but harmonious, desert flower which became the basic design principle behind this tall, magnificent, and unsurpassed structure made out of steel and glass. You can find out every detail about the building thanks to an informative multimedia gallery covering every aspect of the Burj Khalifa at the entrance point.

Burj Khalifa is not only the world’s tallest free-standing structure, it is in fact an architectural marvel, piece of art, modern day wonder, and an unprecedented dream execution, all rolled into one. This building symbolizes the arrival of Dubai from a regional oil producing nation of the Middle East to one of the foremost tourist destinations of the world. Visitors can conveniently have a first-hand impression of a vision transformed into a reality after visiting this superlative architectural and engineering marvel. This building can be seen from a far distance on a clear sunny day from almost every part of Dubai. At night it even looks more impressive with its twinkling lights sparkling around its periphery presenting a vivid display.

The unparalleled vision of his His Highness Sheikh Mohammed Bin Rashid Al Maktoum, Vice President and Prime Minister of the UAE and Ruler of Dubai, gave a much needed impetus to the execution of this architectural marvel. Had it not been for his dream, this building would not have come into existence. It is a classic example of living one’s dream and turning it into reality … Burj Khalifa actually embodies this dream.

Situated in Downtown Dubai, adjoining The Dubai Mall, this tallest structure measures 828 meters (2,716.5 feet) above sea level. As you walk from Dubai Mall towards Burj Khalifa one can enjoy sculptures, Burj Lake, luxury hotels, malls, and entertainment hubs. Visitors can either purchase online tickets or can buy them from the ticket counter inside “The Dubai Mall” at the lower ground floor for entering the Observation Deck. As soon as one enters the reception area of the Burj Khalifa, there is an impressive Multimedia wall keeping one well-informed and entertained about Dubai’s past and present through its engaging displays. The design conceptualization to final execution of this iconic structure is also covered in detail in these impressive multimedia wall. There is no doubt why this building has also become a favorite destination for filmmakers across the world… some sections of Tom cruise’s “Mission Impossible: The Ghost Protocol” were shot here with the actor climbing up the steel and glass face of the building in a breath-stopping action sequence.

At the Top, the Observation deck on the 128th floor is the highest observation deck in the world providing an unobstructed, breath-taking 360 degrees view of the ocean, sand, and the entire Dubai city. This has been opened very recently and is accessible at a considerable cost of 400 to 500 dirhams, depending on when you book. Earlier, the building had an observation deck at its 124th floor. At an extremely high speed of 10 meters per second accompanied by spirited music and an impressive light display, the elevator comfortably places you almost in the sky in less than 40 seconds from where you can enjoy an impressive 360-degrees view of Dubai and its adjoining areas.

The bird’s eye view of the Dubai Mall, city skyscrapers, crisscrossing expressways, desert, and ocean could be seamlessly enjoyed from this magnificent height through special telescopes installed inside the Observation Deck. Though a visitor can stay on the “At the Top” Observation Deck at his or her discretion, a tour typically lasts 1 hour depending on the peak hour rush. I spent almost an hour and wanted to catch glimpses of almost all parts of Dubai. I was lucky to have clear weather to enjoy the best views of the city… it is advisable to book a slot so that you can enjoy day as well as evening scenes and click some memorable snaps. As dusk sets in, it is interesting to watch the city of Dubai slowly getting immersed in a matrix of lights, some static, some moving… truly a magnificent sight!

You may want to carry some fond memories with you in the form of a souvenir which could be purchased from a souvenir shop at the Observation Deck. I picked up a glass replica of the Burj Khalifa and now it permanently decorates my living room showcase. I will cherish this visit forever!