Germany, one of the most important economies in Europe has a glorious history and the food habits have evolved over a period of time. Beer is the staple drink with Octoberfest, which, while it originated here, is celebrated in many more countries now. Historically, German people loved their game meats including wild boars, rabbits, venison while in the modern day pork and chicken have started to dominate the markets. Some of the common meat dishes in the country include Bratwurst, Schwarzwurst, Currywurst and Sauerbraten, Side dishes include mashed potatoes, French fries and certain types of noodles. Desserts includes many types of cakes and tarts and one of the most famous in German cuisine is Schwarzwälder Kirschtorte, the others include Cheesecake, Doughnuts and Pancakes.

For today's recipe, I've chosen one of the most famous desserts from Germany- Schwarzwälder Kirschtorte. This cake is made using the Kirsch or Cherry Liquor, this is mixed with cream and layered in between a chocolate cake which is finally decorated with cream, chocolate and cherries. This mixture gives the cake its unique taste and makes it an absolute delight to have. The cake is internationally known as Black Forest Cake based on the region of its origin. The cake can be made without liquor as well, by replacing it with some cherry water, this kind of preparation is famous in the US and many Asian countries. Let's see this recipe on how to make this cake at home and enjoy the perfect German dessert. Here is your Schwarzwälder Kirschtorte Recipe. 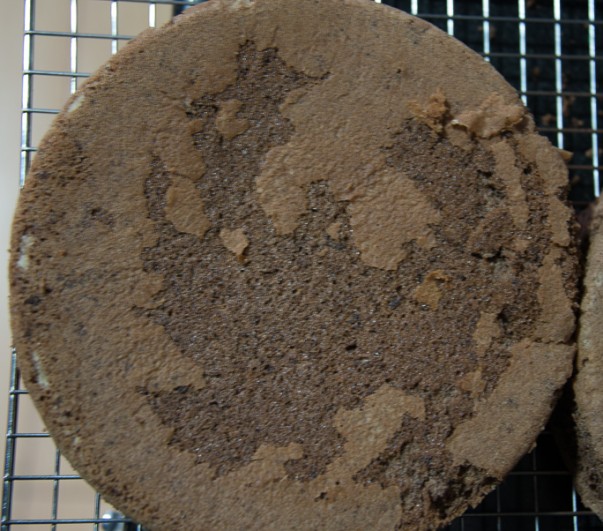 Schwarzwälder Kirschtorte – Half after Baking 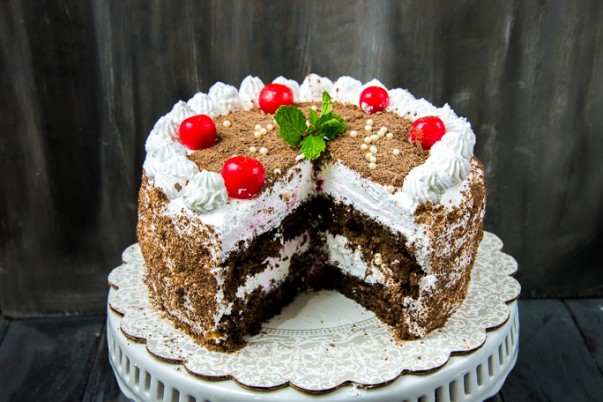