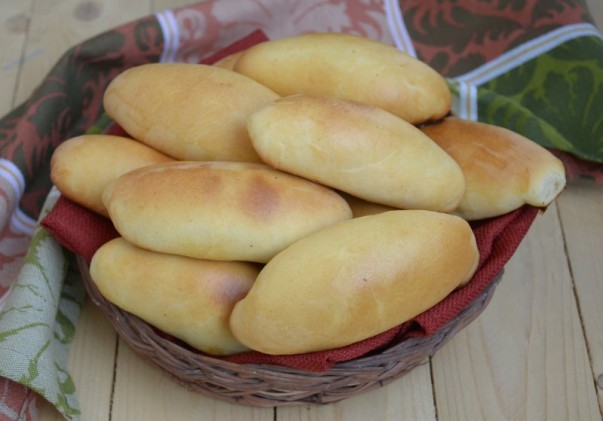 Russia is the largest country of the world, in fact twice as large as the second in line. It is but obvious that the cuisine is diverse as well. It also has one of the most severe weather conditions based on its location. Its cuisine grew as part of the Soviet era, however since then it has had more international influence. Traditionally, Russians cultivated rye, barley, wheat etc. and used these ingredients to make multitude of breads and beer. Talking more about its cuisine, they have hot and cold soups, a lot of meat and fish, breads and pancake, vegetables, vodka and beer.

This recipe, touches on one of the most traditional bread, called Russian Pirozhki. This bread is made in a lot of Russian homes, generally baked and sometimes fried with a stuffed filling. This filling traditionally was made with beef meat or fish or cabbage and eggs. Sometimes sweet fillings are also used in the bread. This bread's recipe has been passed on for generations and has also traveled the world with unique regional variations. It can now also be found in countries like Greece, Finland, all Soviet countries. Mongolia, Armenia, Iran and Japan. The bread is made in different shapes like the round or oval bun or sometimes just hand crafted free form. Many families also make this bread on special and festive occasions.

Today I made this Russian Pirozhki bread using the cabbage, onions and hard boiled egg filling, I'm more inclined to bake a bread then fry so I used an oven. The dough is made out of yeast and all purpose flour and left to rise while you work on the filling. I hand crafted each of the Pirozhki. The bread is best served hot or warm, you can look to keep a day or so and microwave before serving, however nothing tastes like a bread fresh out of the oven.

There are a few steps in the recipe, however I feel all of it is fairly easy. You can use this Russian Pirozhki Recipe to prepare and serve it to friends and family.

How to Make Russian Pirozhki 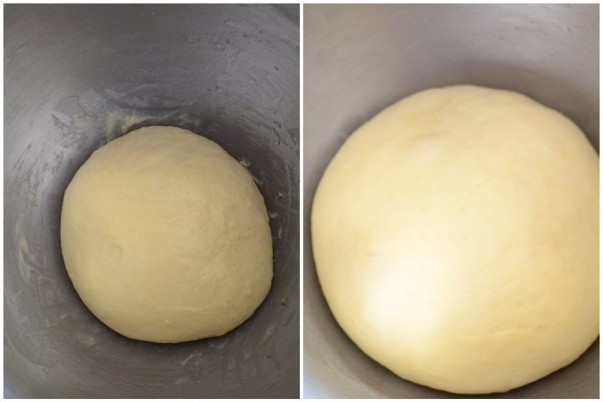 Pirozhki Dough Before & After Rising 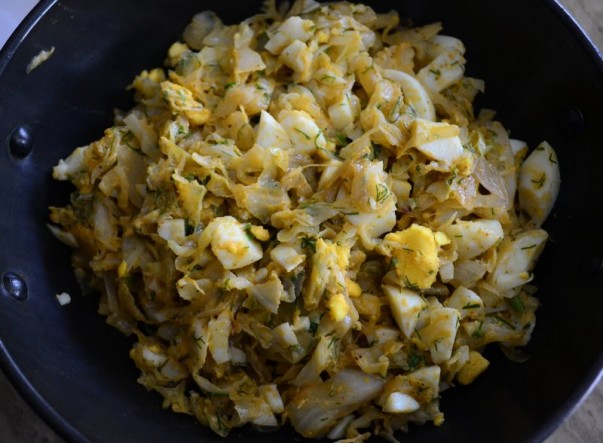 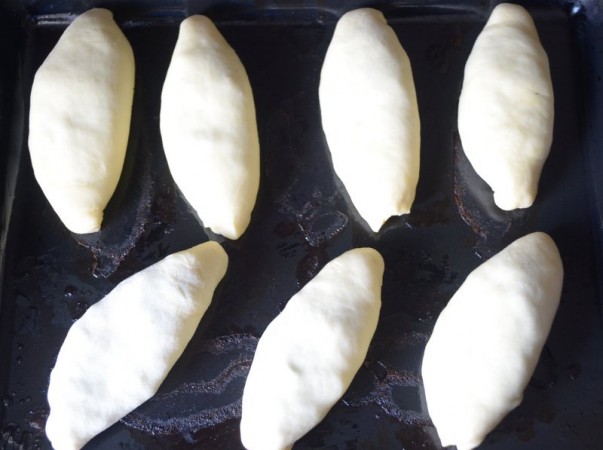 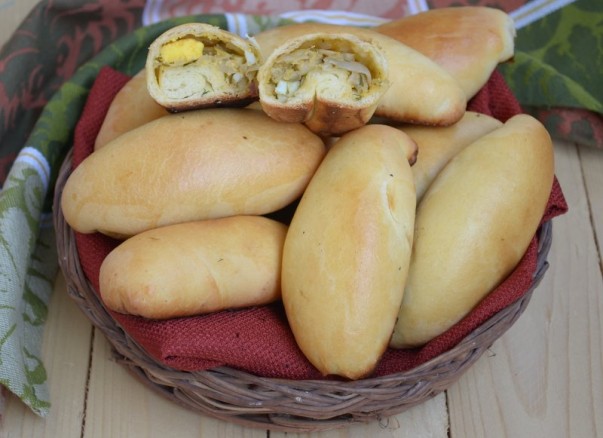 Fresh Out Of The Oven - Russian Pirozhki 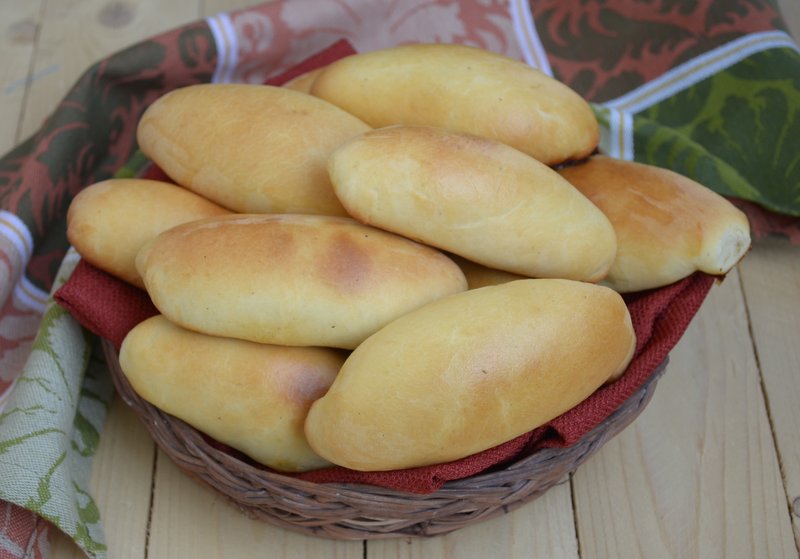