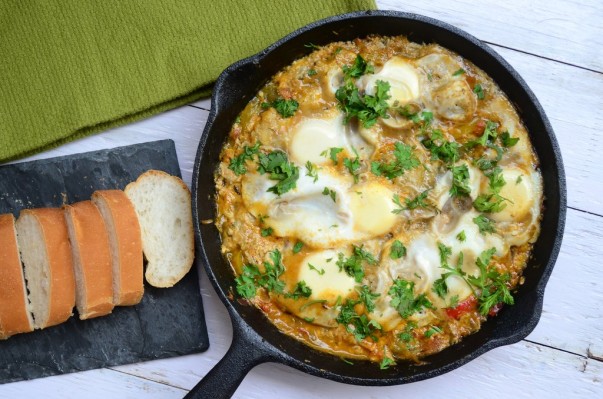 Morocco has a great place in the geography of Middle East, it has the Atlantic coastline moving into the Mediterranean Sea. Since the ancient times it has provided the world with a large variety of fruits, vegetables and meats. It has a long history as well and its cuisine was influenced by medieval Muslim dynasties, in the next few centuries Moroccan's interacted more with the Europeans and other middle eastern countries to develop their cuisine. The food courses include salad's, main's, dessert's and beverages with meat's like beef, lamb and mutton dominating the preparations.

Modern day Morocco uses a lot more spices than its neighboring middle eastern countries, with main meals using combinations of sesame, paprika, cinnamon, ginger, turmeric, cumin, coriander and saffron. Today I talk about one of the Moroccan main dishes called Shakshuka which is also widely made in neighboring Algeria, Tunisia, Egypt and Libya. It probably originated in Tunisia and then spread over Middle East countries and is one of the greatest gift for food lovers from these north African countries. This dish uses poached eggs in a tomato sauce with bell peppers, garlic & onions and a variety of spices for a perfect taste. The dish has been traditionally made and served in a cast iron pan. Moroccan's also use a lot of bread, so Shakshuka is also best consumed with some bread which allows the final portions of the sauce to be mopped up easily.

Shakshuka drives its similarities with other world recipes such as Turkish Menemen and La Mancha from Spain. It gives a great eye appeal with the yellow and white color of the poached eggs contrasting with the cast iron pan. It is important that the contents are cooked slowly to allow the eggs to settle over the sauce and not burn itself out. Moroccan Shakshuka cooks fairly quickly so is best made closer to the meal time and served hot. I used olive oil and cooked the dish in a specially bought cast iron pan. I just loved the taste with a bread and wished I'd more for another serving. Try this Moroccan Shakshuka Recipe and enjoy it with a nice home made bread. 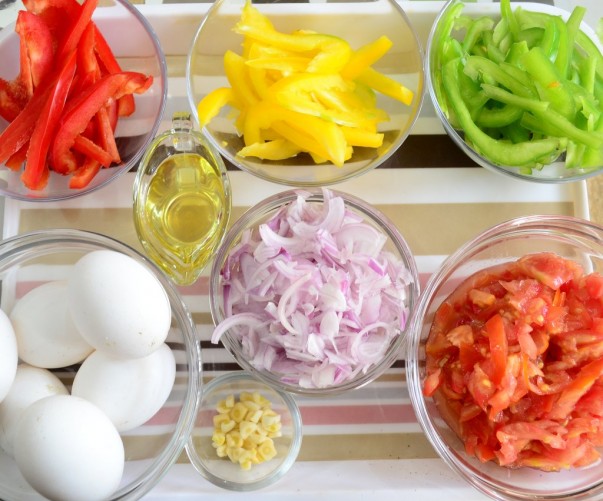 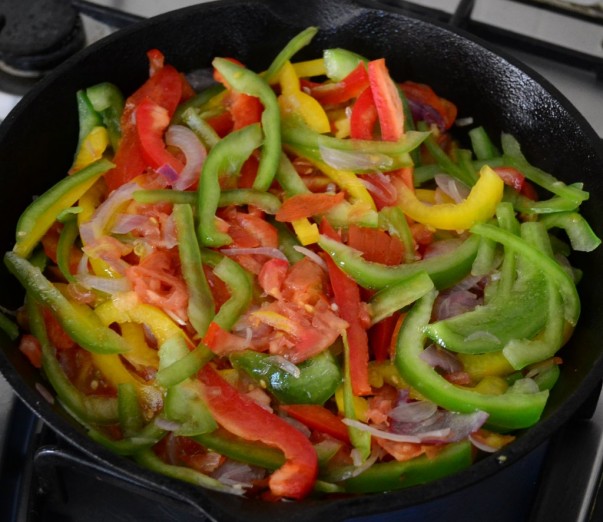 Spread the sauce evenly and break the eggs keeping the yellow intact. 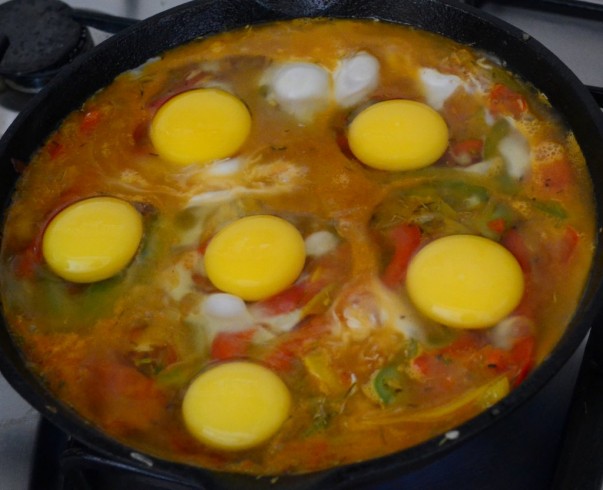 Cook on slow flame till eggs are done.

Serve hot with a bread. 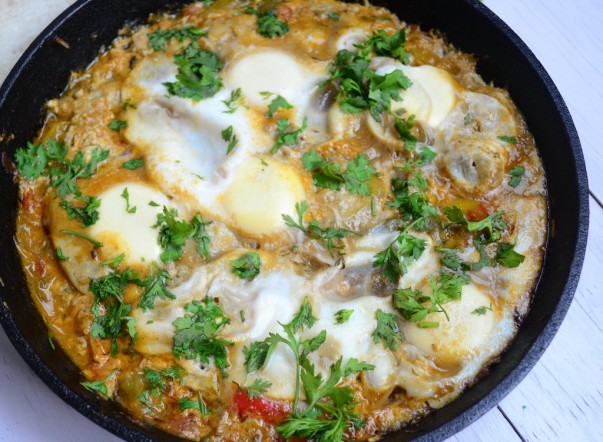 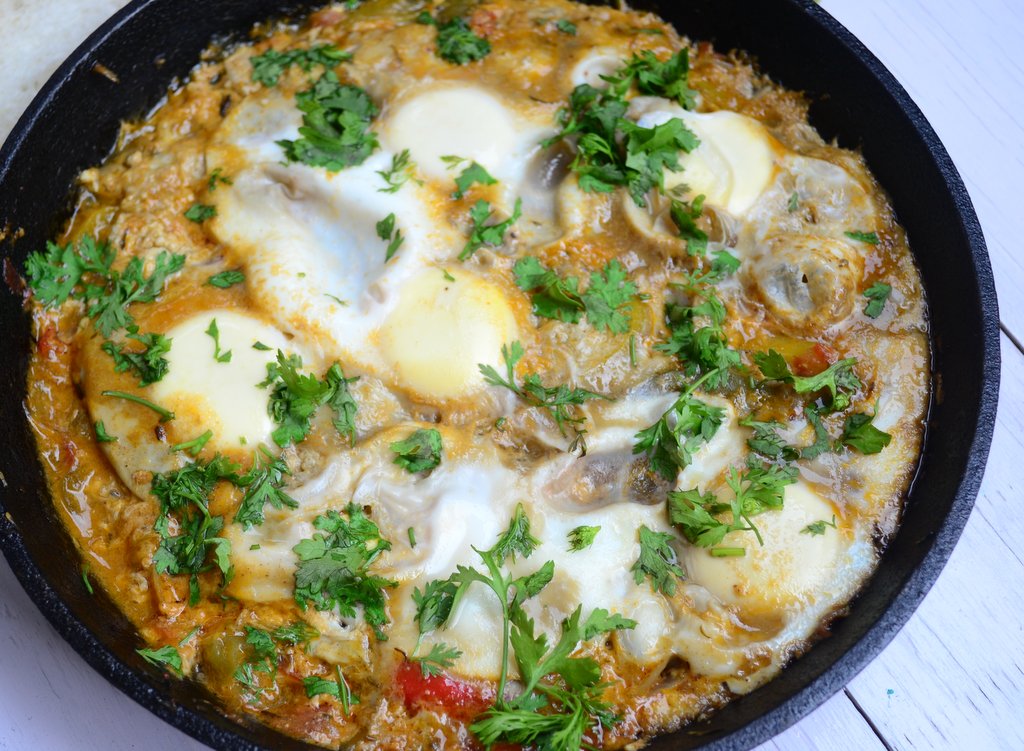