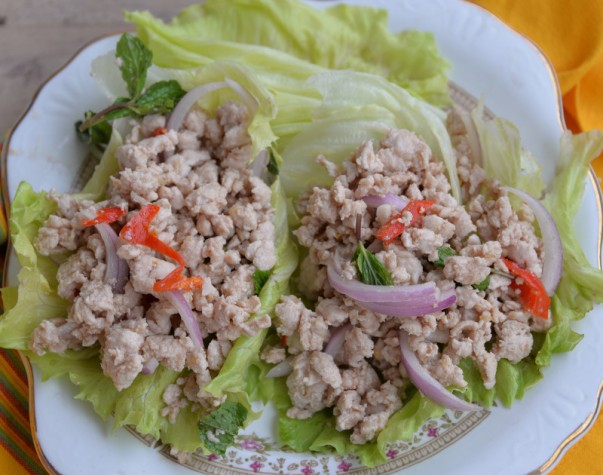 Laos, a country north east of Thailand in addition to the south Asian influence also bears heavy influence from the French Indo-China. It is common to spot French restaurants in the country specifically the larger cities and  baguettes being sold in bakeries. Locally sticky rice is a common dish and consumed in large quantities. Herbs such as Lemongrass, Mint, Rattan Shoots, Galangal and Ginger are used for seasoning. The servings in the country include Som Pa, Lao Sausage as appetizers, various Larbs as salads, Kaeng Nor Mai a bamboo stewed dish, Grilled meat dishes like Ping Pa, Ping Theen Gai, Steamed meats and vegetable dishes like Mok Gai, Mok Khai, Rice dishes such as Khua Khao, Khao Niao and Noodle dishes such as Khao Piak Sen, Pad Lao and Lard Na.

For today's recipe, I picked up Laos national dish Chicken Larb, which is a minced meat salad. The salad can also be prepared with other meats such as duck, beef, fish or pork. Fish sauce and Lemongrass bring out an authentic taste, while it is generally served on a platter of lettuce leaves. It is also common to find this dish in Thailand and in Thai restaurants across the world. Its extremely easy to prepare this Larb dish at your home and serve it along with other South Asian delicacies. Go ahead and use this simple Chicken Larb Recipe.

How to Make Chicken Larb 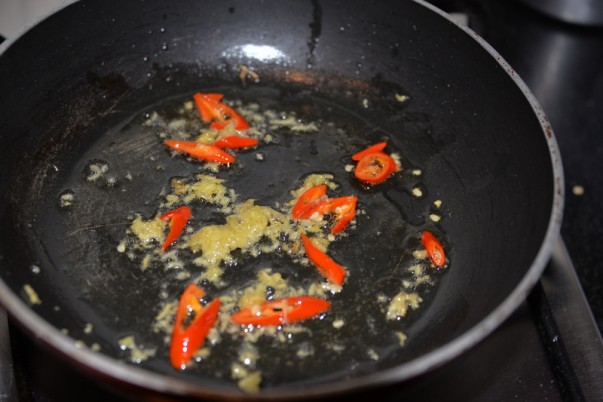 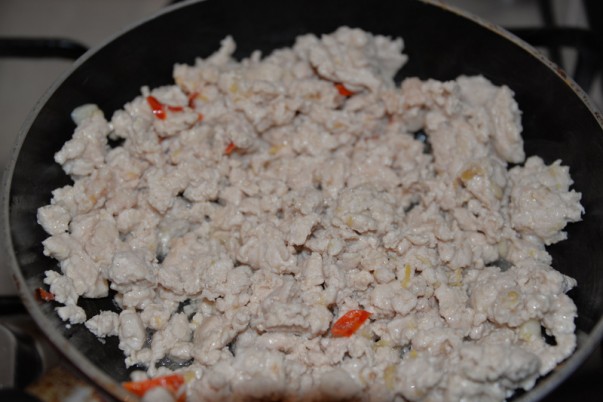 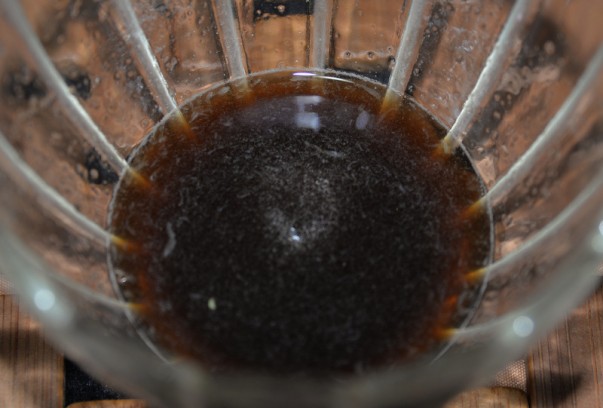 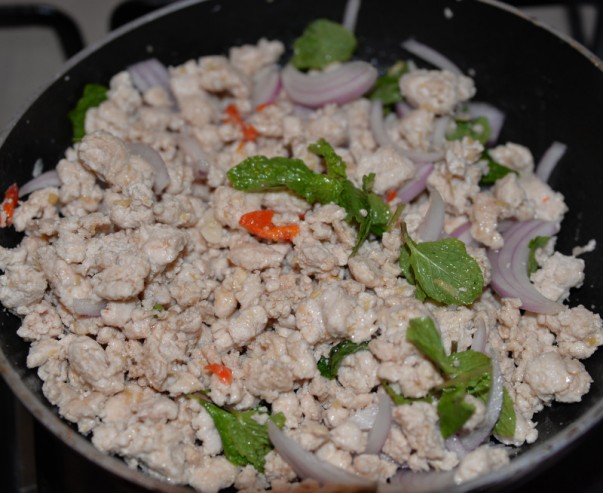