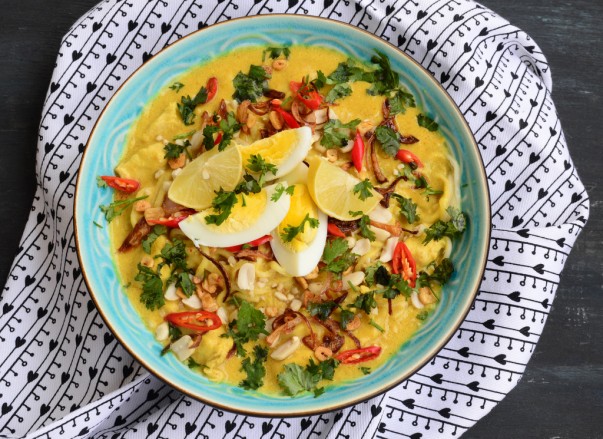 Burma also known as Myanmar has a long coastline and neighbors with India, China and Thailand. Due to this long coastline, sea food and specially fish forms one of the key ingredients for many of the dishes. For the interior cities, rice is the main staple food and consumed in large quantities. Not surprisingly the cuisine is influenced by neighboring India, China and Thailand. Some of the Indian influenced dishes include Palata (bread filled with egg or mutton), Samusa (a samosa style snack served with different fillings), Danbauk (a biryani variation) and Halawa (dessert close to halwa). Chinese influence shows in Hpet Htohk (a wrap with meat or vegetable filling), Seejet Khao Swe (a noodle dish). Some of the other common dishes include Lahpet, Mohinga, Khow Suey and Thoke.

For this recipe I picked Khow Suey which is noodle based dish which originated in the north eastern part of the country. The noodles are served in a soup gravy along with coconut milk and chicken or beef. I used chicken in my preparation with a dash of lemon to give a nice tangy flavor. For the toppings I used boiled eggs, fried onion and garlic among others. The dish came out better than I could have expected and I loved having it for my lunch. Mostly it should be served hot and fresh for a perfect taste. You can use this Burmese Khow Suey Recipe to make it yourself. 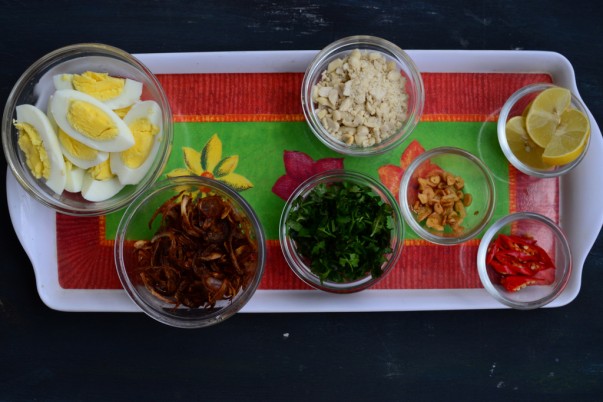 How to Cook Burmese Khow Suey 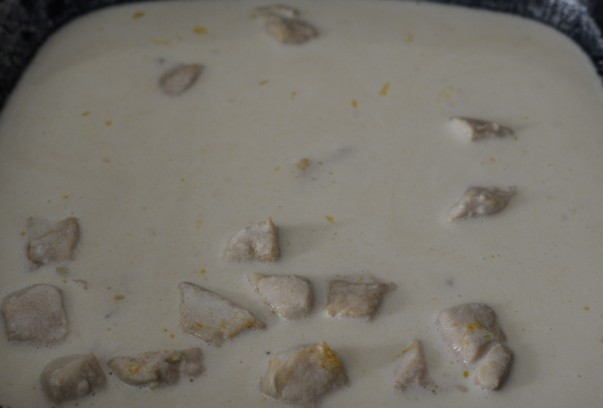 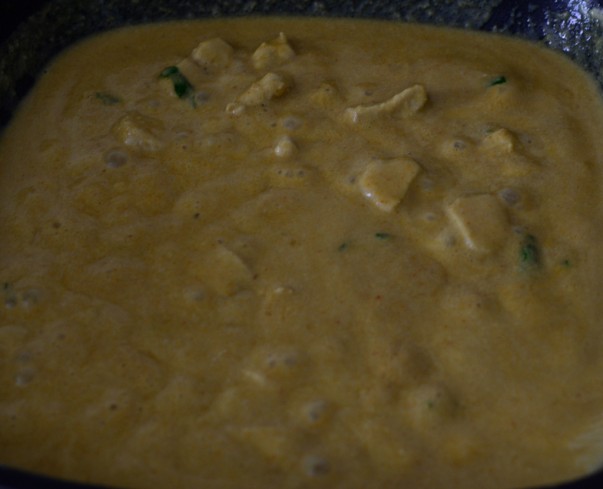 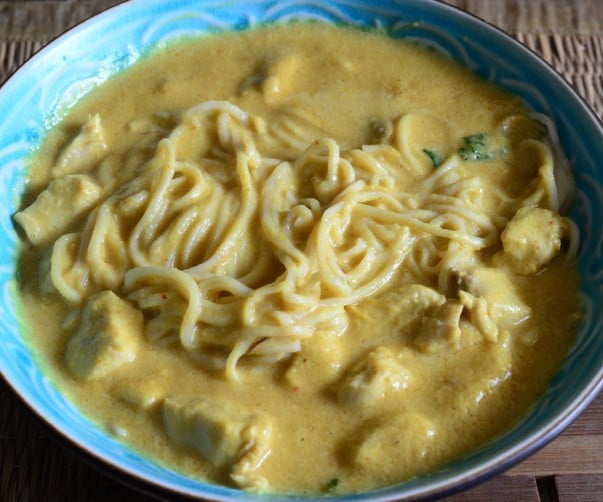 Burmese Khow Suey - Ready to be Topped and Served 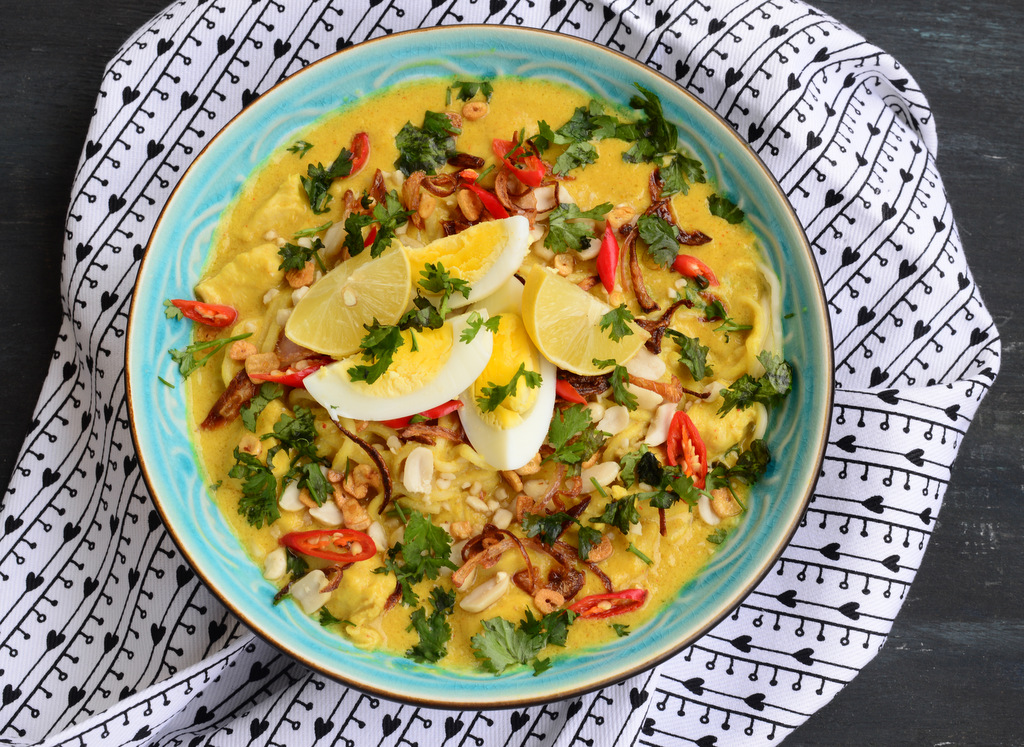