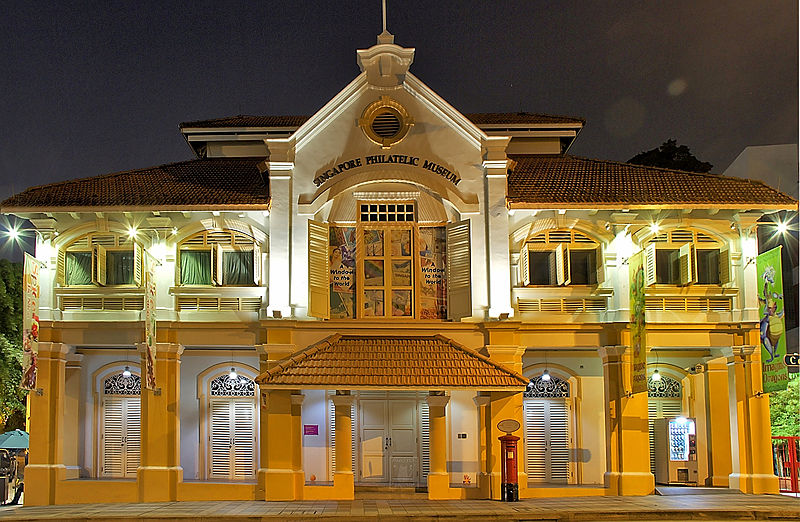 The Singapore Philatelic Museum showcases the country’s collection of philatelic materials, stamps and artifacts postal history. The souvenirs date back to the Straits Settlements and some of them are also the rare collections of private collectors. Some of the initiatives that are organized by the Singapore Philatelic Stamp Museum, one of the noted Stamp Museums of the country, are educational activities and public programs meant for families, schools and the general public. One of the missions of the museum has been to promote, through philately, the academic usage of philatelic materials to help people learn about the world and national history and heritage.

The well-designed and proportionate building of the Singapore Philatelic Museum evokes a sense of grandeur. The architectural features of visual interest are an aide memoire of the colonial era. The façade is accentuated with elaborate arches along the second storey verandahs. The skylight windows, enhanced with metal ornamentation rest above the double-leafed full-length doors.

1970s onwards, the Singapore Philatelic Museum was used as a Methodist Book Room, until it was restored in 1995.

« Café Rio, Aptos Airport Layovers: Make the Most of Your Layover with Unique Health Services »