Facts about Machu Picchu in Peru 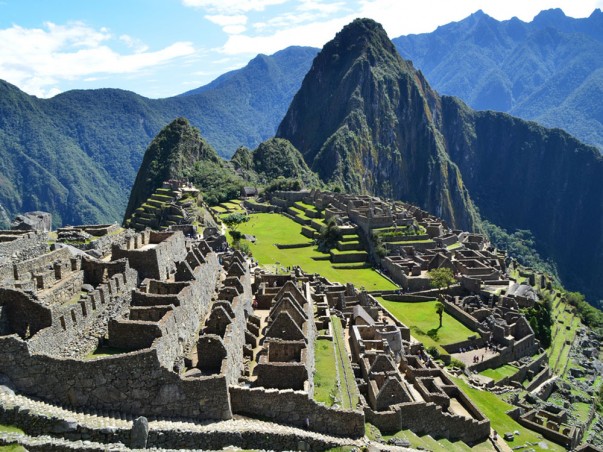 The historic sanctuary of Machu Picchu, set amidst the giant Andes Mountains and the Amazon basin in Peru, is one of the best preserved remains of the advanced civilization of the Incas. A breathtaking site, this ancient city is located 600 m above the beauteous Urubamba River Valley, and overlooking the Machu Picchu and Huayna Picchu peaks. Its panoramic views coupled with the awe-inspiring Incan architecture, has listed Machu Picchu among the New Seven Wonders of the World and the best attraction in Peru. Its peak tourist season (June to October) sees a daily visitor count of about 2,500 global visitors.

Owing to its location on a high ridge, 2,430 m above the mean sea level, Machu Picchu is better preserved than other archaeological sites in the world. Surrounded by high altitude tropical forest, it is so well hidden that Spanish invaders, who wrecked many other Incan cities, could not find this site or didn’t know about it.

Built in the mid-15th century, Machu Picchu is believed to have been a royal abode for the Incan monarch Pachacutec or Pachacuti Inca Yupanqui, the ninth ruler to occupy the Inca throne. It was abandoned due to mysterious reasons a century later.

The site has over 150 buildings arranged in parallel rows, and includes residences, temples, and tombs. The agricultural terraces, where the Incans grew different types of crops like maize, potatoes etc., are separated from the residential quarters, which are divided into upper elite houses and lower houses for common men. The distinctive sacred area comprises of the Temple of the Sun, Condor Temple, Royal Tomb, and the Intihuatana (or Intiwatana), which is a sacred rock of granite believed by locals to have supernatural powers. Experts believe it functioned as an astronomical calendar as well.

The special feature of Machu Picchu is its architecture, which seems to mimic its mountainous surroundings. The Incan architecture is best known for its anti-seismic features and walls made of well-fitted stones without the use of mortar. The walls and terraces of the elite houses and the temples and tombs are carved with interesting shapes making them look distinctive.

Lost City of the Incas

Shrouded with mystery and popular legends, Machu Picchu is famously known as the ‘Lost City of the Incas’. It was introduced to the world (1911) by Hiram Bingham III, an American archaeologist, and popularized through his book of the same name (1948). Apart from the fame, Bingham is also blamed to have looted the site of its artifacts. After several years of struggle with Yale University, where they were earlier kept and displayed, the Peruvian Government has finally acquired the precious artifacts. These are now displayed at La Casa Concha near Cusco (since 2012).

The Inca Trail is one of the top five hiking trails in the world. While trekking, you can see the lush mountain forests, sub-tropical wildlife, and picturesque snow-covered peaks. In addition, much of the trail pathways were made by the Incas, which makes the trek all the more interesting and inspiring. However, you will need to hike 42 to 45 km from Cusco to reach Machu Picchu. An average man can take about three to five days to reach the site, which includes camping out at night in campsites assigned by the local authorities. The trek, although classified as moderate, can be tough owing to the lowering atmospheric pressure and oxygen level. Travelers are advised to be physically fit and spend two days at Cusco before starting their journey to Machu Picchu, so that they have acclimated with the weather in the region.

To Know about the Location, Best time to visit and nearby attractions to the Machu Picchu in Peru click here.