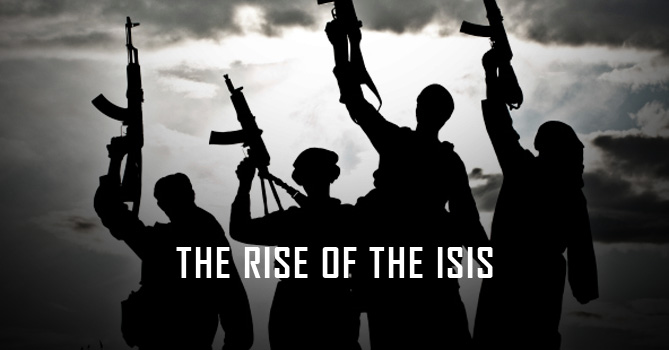 The ISIS is one of the most dangerous militant organizations that the world has seen till now. The atrocities of the militant group and its barbarity have forced the U.S. and its allies to launch air strikes on ISIS targets in Iraq and Syria. However, a year has passed and it is still not certain for how long the war on ISIS will drag. Since the launch of coalition air strikes, the militant group has shown no signs of weakening. As of early 2015, it has been reported that some ten million people are living in areas controlled by the ISIS.

The rise of the ISIS

In 2014, news started pouring in of the rise of the ISIS. In early 2014, ISIS drove Iraqi government forces out of key western cities. In June 2014, after making significant territorial gains in Iraq, the group proclaimed the establishment of a caliphate led by the leader of ISIL, Abu Bakr al-Baghdadi and by then had captured large swathes of Iraq and Syria. However, the origin of the group can be traced back to 1999 when it was founded by Jordanian radical Abu Musab al-Zarqawi as Jama’at al-Tawhid wal-Jihad. The group in 2004 pledged allegiance to al-Qaeda. In January 2006, in alliance with other Sunni insurgent groups it formed the Mujahideen Shura Council and in October 2006 proclaimed the formation of the Islamic State of Iraq.

The group underwent a violent transformation when in 2010 Abu Bakr al-Baghdadi took control of the group. Since then the Islamic State has seen a rapid transformation into a lethal and brutal militant organization. The jihadi group has used brutal methods to achieve its objective. The barbarity has been effectively captured in sleek videos produced by the militant group and in its propaganda magazine Dabiq. Their videos depicting gay men being thrown of rooftops, hostages being beheaded on the coasts and the sea turning red with their blood, hands of thieves being cut off, the burning of a Jordanian pilot in a cage and prisoners being stoned to death are just some of the images that would make even the most hard hearted squirm in anguish. But the list of atrocities just does not end here. The group has abducted Yazidi women who have been raped and sold into slavery. The group has also razed to the ground ancient monuments and artifacts on the pretext that these do not conform to Islamic teachings.

The barbarity of the militant group can be gauged by the fact that even the al-Qaeda was forced to distance itself from the militant group on February 2, 2014, on the grounds that the tactics employed by it were too brutal. But in early 2015, the group welcomes a pledge of allegiance made by the Nigerian militant group Boko Haram.

In the past year, the militant group has enlarged its base. In mid January a Yemeni official made a statement that the ISIS had dozens of members in Yemen, while during the same month, Afghan officials also revealed the presence of the militant organization in their country. In Mid January, 2015, it was also revealed that many members of the ISIS had arrived in the European Union disguised as refugees who were fleeing strife torn areas in the Middle East.

The aim of the ISIS is the establishment of a caliphate, an Islamic state led by a group of religious authorities under a supreme leader—the caliph. The group promoted religious violence and regards people who do not agree with its doctrine as infidels. The group is against idol worship and the destruction of Hatra and Nimrud clearly outline the fact that an ancient culture that does not conform to its ideology has to be razed to the ground. The ISIS emphasizes that there are two historical eras. These are Jahiliyah (the time of ignorance) and, the later era, Islam (the time of enlightenment). And as these ancient cultures predate Islam, their destruction is justified. A few months back when the ISIS had destroyed ancient statues in Mosul Museum, a video emerged depicting an ISIS justifying the destruction on grounds that the Assyrians and Akkadians were polytheists.

The world responded swiftly to stem the rise of the militant group. In 2014, the U.S. started air strikes on ISIS targets in Iraq and Syria along with its allies. Iran too is undertaking military operations in ISIS held territories. In February 2015, in retaliation to the beheading of 21 Egyptian Christians, Egypt launched air strikes on ISIS targets in Libya. After agreeing to take a more active role in the fight against ISIS, Egypt carried out their first air strikes as part of the US-led coalition against the militant group in August 2015. The U.S. has firmly ruled out sending ground troops to the region. The fighting on ground is being done by Iraqi soldiers and Kurdish militias.

As per the latest reports, the skies of Iraq and Syria have become overcrowded with Russia jumping into the fray. Russia has begun targeting the ISIS bases in Syria; however, western leaders are critical of Russia’s role as they feel it is in support of Syrian president Bashar al-Assad. Turkey and many of its western allies have said that the Russian air strikes have hit moderate groups fighting Assad’s regime.

The question uppermost on people’s minds is that how long will the war drag on and when will the world finally get rid of the ISIS. The war still rages and there are no signs that the ISIS is anywhere near defeat.