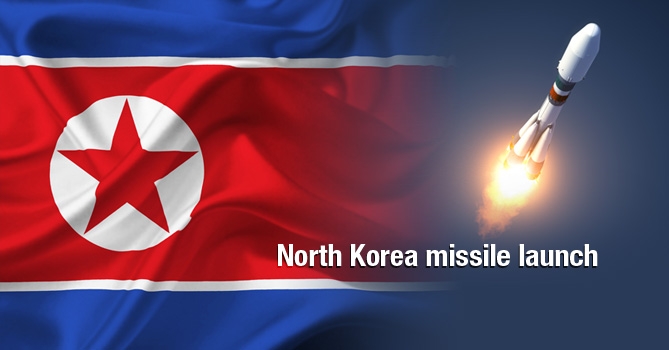 A month after North Korea shocked the world with its alleged hydrogen bomb test, news has come in that the country has now launched a satellite into space. The launch has been heavily criticized by nations around the world, who fear the test was basically done to test ballistic missiles and is a clear threat to international peace and security. While North Korea’s foes such as the US, South Korea and Japan have been prompt in rebuking North Korea, ally like China, too, has expressed displeasure at the brazen act.

The launch of the satellite, which North Korea claims is for peaceful purposes, took place on Sunday morning. At nine in the morning, the Kwangmyongsong carrier rocket was launched from the Sohae launch facility in Cholsan County of North Pyongan Province. Some nine minutes and 46 seconds after its launch, the rocket entered the orbit. The North Korean officials are overjoyed and have termed the launch as a success. Leader of North Korea, Kim Jong Un, is said to have personally ordered the launch. Official photographs also showed a smiling Kim surrounded by officials overseeing the launch.

But the question that remains to be answered is whether it was a satellite launch or a front to test a ballistic missile. The answer to that is not an easy one as many find the launch to be a threat to international peace.

In 2012, North Korea launched the Kwangmyongsong 3-2. The satellite, which is already in orbit, was considered a success by the country’s establishment; however, there are doubts in the West whether the satellite is working or not.

However, as information regarding the Sunday launch started to trickle in, there was a lot of concern with US officials saying that the same type of rocket that was used for the latest launch can deliver a nuclear warhead. The facts speak for themselves. The Unha rocket, which was used to blast off North Korea’s last satellite, is believed to have an estimated range of around 5,600 miles. This is a major cause of worry among the United States and its allies as it puts Australia, most of Western European nations and even the West Coast of the United States within range of a North Korean warhead.

However, it is highly debatable whether North Korea is anywhere near mastering the technology of building a small nuclear warhead that can be easily mounted on a long range missile. Also, critics are skeptical as to how close North Korea is to acquiring an ability to construct a warhead that will withstand the intense heat while re-entering the atmosphere.

The international condemnation to the North Korea’s satellite launch has been intense and widespread. Countries and organizations that came down heavily on North Korea include Britain and France, NATO and the European Union.

An emergency meeting of the United Nations Security Council regarding the launch was held. Criticizing the launch, members of the UNSC said that “a clear threat to international peace and security continues to exist, especially in the context of the nuclear test.”

Tensions are running high in South Korea, a U.S. ally and traditional foe of North Korea. Calling the North Korean missile launch a challenge to world peace, South Korean President Park Geun-hye said that her country will start talks with the United States to deploy Terminal High Altitude Area Defense, which is capable of intercepting missiles in flight.

The United States angered by North Korea’s defiance has called for tougher sanctions on the country. While the Prime Minister of Japan called the launch absolutely unacceptable, the country’s ambassador to the UN, Motohide Yoshikawa, called the launch a threat tomany lives. He said the missile, which landed near the Philippines, went over Japan.

China, which is an ally of North Korea, is one of the countries that has severely criticized the launch of the missile; however, the latest development would bring an added international pressure on China to contain a wary North Korea. China is one of North Korea’s biggest foreign investor and is hesitant to implement sanctions on the country. China’s fear is that in case Kim’s government collapses due to too much pressure, thousands of refugees would cross the border. This may ultimately establish a unified Korea with American troops at its doorstep.

Just a day after the United Nations Security Council voted to impose tough sanctions on North Korea, the country fired six short-range projectiles. According to media reports, a press release from the South Korean Joint Chiefs of Staff said that the projectiles flew about 62 to 92 miles of the Korean Peninsula. A South Korean Defense Ministry official said the military of South Korea is analyzing the situation. The UNSC had imposed the sanction because North Korea had defied the current international sanctions by undertaking a nuclear test and launching a missile.