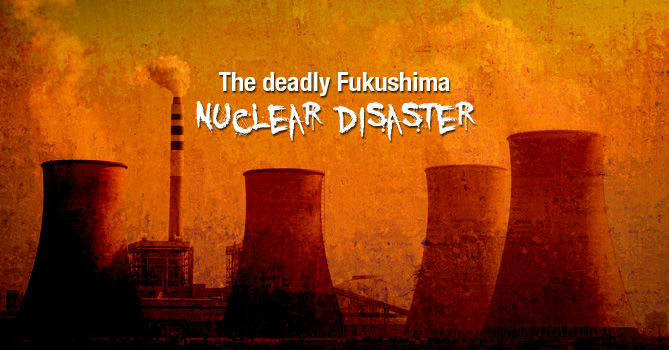 The meltdown at the Fukushima Daiichi Nuclear Plant in March 2011 was one of the worst nuclear disasters of recent times. The plant was one of Japan’s premier nuclear energy producing stations and among the top 15 power plants in the world. Commissioned in 1971 to help fuel the nation’s growing industrial energy needs, this six BWR (Boiling Water Reactors) powered plant was Japan’s pride. What most people overlooked, though, was the plant’s proximity to the populous city of Sendai, located at a distance of about 95 kilometers from the nuclear plant at Fukushima. And so everything seemed to go well for the plant and the Japanese till March 2011 when an earthquake of magnitude 9.0 (Mw) hit the Honshu coast causing havoc. The earthquake triggered a 15 meter (approximately 50 feet) high Tsunami which flooded the plant. Overtopping the plant’s 5.7 meter seawall, ocean waters quickly filled up the basements of the plant’s turbine buildings and disrupted the power supply lines that allowed cooling of about four reactors, apart from flooding the backup generator systems as well. With the cooling systems damaged, pressure buildup was almost immediate and reactors 1, 2, and 3 exploded over the next four days causing a nuclear disaster of epic proportions.

On the very day of the earthquake, by late evening, Japan declared a nuclear emergency. People within 2 kilometers of the plant were asked to vacate, but by the next day, as the disaster started unraveling, evacuation orders were issued to people living in a 20 kilometer radius of the plant.

Radiation in the vicinity

Following the meltdown and radioactive releases at the Fukushima nuclear power plant, isotopes such as radioactive iodine-131 and caesium-137 were detected in the food and water in the region. The Nuclear and Industrial Safety Agency of Japan (NISA) declared it a Level 7 INES (International Nuclear Event Scale) disaster. In August 2013, despite having spent two years combating radioactive releases from the plant, the radiation from the plant was pegged at about 1,800 millisieverts an hour. An ordinary person exposed to this quantity of release could die within hours. Another leak at the plant was said to emit radiation levels of 220 millisieverts.

Intensive decontamination work was undertaken in the region. In many parts of the Prefecture, the top soil has been removed by rehabilitation workers and the government and private agencies alike are constantly monitoring the groundwater and produce in the region and in surrounding areas for signs of radioactive material that may harm the health and wellbeing of people should they choose to return.

One of the biggest challenges regarding rehabilitation of Fukushima and its inhabitants is the contradiction of various health reports. The study of radiation in the region, and its possible health effects vary widely in their import. While some reports say that the impact of radiation on human and animal health in the region may have been hugely exaggerated, others seem to suggest that the impact has been underestimated and may pose a big risk.

A study produced by the International Society for Environmental Epidemiology based on data supplied by the Fukushima Medical University suggests that radiation from the meltdown has caused occurrence of thyroid cancer in children (from Fukushima) at a rate 20 to 50 percent higher than elsewhere. According to another report published in October 2015, however, no radioactive cesium was found in the about 2700 children and infants from the Fukushima Prefecture when examined under a whole body counter scan. In June 2012, a study by Stanford University predicted that the radioactive releases from the plant would cause some 199 cases of cancer in all and about 130 cancer-related deaths. The same year, however, the UNSCEAR (United Nations Scientific Committee on the Effects of Atomic Radiation) said that the process used to estimate the risks, i.e. multiplying low radiation doses by high number of individuals or population, is the correct estimate of the risks in the region. The Japanese government has maintained that the radiation-related risks in the region are negligible.

In September 2015, almost about four and half years after the disaster that robbed Fukushima inhabitants of their homes, Naraha became the first town to lift the evacuation orders and invite its people to return to their former homes. Naraha is at a distance of about 20 kilometers from the Fukushima Daiichi nuclear plant. Years of decontamination work has paid off, say authorities, and radiation levels are now low enough to be fit for human inhabitation.

Very few of Naraha’s former inhabitants, though, have opted to come back for now. Lack of facilities and fear of contamination/radiation are the two major reasons people are still staying away. People returning to Naraha have found their houses ruined by water, stray animals, overgrown by weeds, and fallen into shambles. Some are complaining that the removal of radioactive work has not been thorough and there are no medical facilities in the town yet. The return is merely the first step in rebuilding the area and a community that was once prosperous.

The financial loss and loss of livelihood sustained by the people are also major concerns. The Japanese are not people to brood and most of them have taken up livelihoods in nearby regions; and yet most regret losing their spacious homes, warm neighbors, and wonderful localities. The Fukushima Prefecture had been a considerably prosperous one due to the finances pumped in by the Tokyo Electric Power Company’s (TEPCO) prior to the disaster.

Despite Naraha’s success, about 100,000 former inhabitants of the Fukushima Prefecture are still prohibited from returning home and picking up the pieces of their former lives. Will they want to, given a chance, remains a question to be answered? Will the government of Japan and the people overcome their fears of radiation? Will the damage from the 2011 disaster continue to haunt the lives of people from Fukushima for decades to come? The answers are difficult to come by and time seems to be the only measure likely to bring us a resolution.