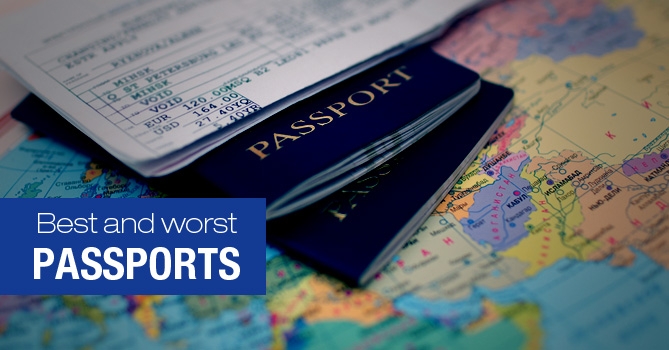 A saying on life is that how you spend your days on the planet is decided, to a major extent, by the place where you were born. It just so happens that some passports are always accorded more importance than others. Henley & Partners, a consulting firm based in London, has recently tried to find out more about the stronger passports and the weaker ones. The basis of quantification in this case is the amount of travel sans visa that the passports concerned can make available to the holders. They have found that for 2016, Germany is the strongest passport. Next in line are several European nations, Japan, the US, and Canada. Incidentally, Afghanistan happens to be the weakest passport on the basis of this criterion.

The critical state of Afghan passport and Afghanistan in general

Henley & Partners have been coming out with this list for the past 11 years and every year from 2010 onward, Afghan passports have appeared at the absolute bottom. Only the Palestinian territories and South Sudan have ranked below it. Incidentally, South Sudan is among the newest sovereign states of the world and Palestine only enjoys diplomatic recognition from a few countries in the West. The security situation in Afghanistan became worse in the summer of 2015 and a lot of people cued outside the passport office in Kabul – the only one of its kind in the country – in order to leave the country as refugees.

Most of these people try to head off to Europe via Turkey. This route has earned some notoriety and is presently referred to as the Black Route. Afghans are only preceded by Syrians in the number of people who regularly seek refuge in European countries. However, as opposed to Iraqis and Syrians, more often than not Afghans are turned out of the country and they have to come back home.

As bad as the situation of Afghanistan may be, they can at least travel to any country that they want, with or without a visa. In most cases, such as Somaliland – a breakaway territory – there is no universal diplomatic recognition as such and this is why its passport-holders are unable to visit any and every country that they like.

Also known as Hermit Kingdom, North Korea is a classic example where a government can cause passport-related problems. As per the research of Henley & Partners a North Korean passport carries more weight than that of Afghanistan. There are countries like Singapore, Kyrgyzstan, and Malaysia where North Korean citizens do not need a visa as such. However, they do need an exit visa to get out of the country. However, they are always a little difficult to procure as one would imagine given all the reports one gets to hear about the Asian nation in various media channels.

Best passports in the world for travel in 2016

The following table reveals the countries that sit atop the aforementioned list as well as the number of countries where its passport-holders can enjoy visa free travel:

Worst passports in the world for travel in 2016

The following table reveals the countries that sit at the lower end of the aforementioned list as well as the number of countries where its passport-holders can travel without visas: