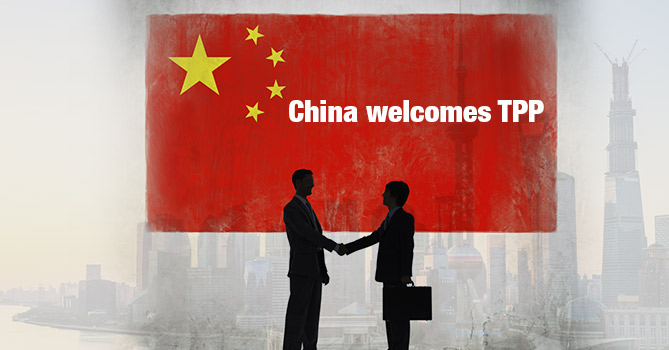 Talks between the U.S. and eleven other countries of the Asia-Pacific region over cross-border trade and investment among themselves were in pipeline since 2010.  But it was on October 5 that these countries, representing about 40 per cent of world GDP, struck a deal for what they call Trans-Pacific Partnership (TPP), which envisages much reduced tariff on trade and investments among member countries. Some experts say under the deal, 98 per cent of taxes will be eliminated on a wide array of products including dairy, beef, sugar, wine, rice, horticulture and seafood, manufactured products, mineral resources and energy. However, implementation process would start only after ratification of the deal by the member countries’ parliament.

As such there is many a slip twixt cup and lip. Yet it is pregnant with lot of meaning at the geo-political front. In fact, the deal would deepen the economic engagement of the U.S. with the countries which are scattered around the Asia-Pacific region. Apart from the U.S., Brunei, New Zealand, Australia, Singapore, Japan, Malaysia, Vietnam, Canada, Mexico, Peru, and Chile-are members of TPP. That means, once the deal is implemented in black and white, China’s growing economic clout in the region would start facing a huge challenge. Interestingly, China also has trade agreements with Australia, New Zealand, Chile, Peru, Singapore, Brunei, and Vietnam where Beijing keeps dumping made-in-China products. But with new trade facilitation agreement between the U.S. and eleven other countries of the Asia-Pacific region, China would find itself locked in a turf war with quality products from the U.S. and Japan in the markets of Brunei, Vietnam, Chile, and Peru. This is the reason why China has cautiously welcomed the signing of TPP deal.

However, pro-China backers do not feel that the TPP will in any way let China feel the pinch in the Asian and other markets of the world. They say China is also on track to become one of the world’s biggest overseas investors by 2020, with outbound foreign direct investment already topping $100 billion a year. In some countries, it is argued, China’s investment is bigger than the loans they get from the International Monetary Fund, and that gives Beijing a lot of economic and political clout. Besides, China is negotiating its own free-trade pact with 15 countries in the Asia Pacific region and is expected to become the world’s largest economy in the next decade.

Nonetheless, Japanese Prime Minister Shinzo Abe has welcomed the deal, saying it signified a “new Asia-Pacific century.” Japan has made concessions to open its market wider to food exporters including Australia, New Zealand and the U.S. Australia’s Prime Minister Malcolm Turnbull called the TPP “a gigantic foundation stone for our future prosperity”. Australian sugar cane-growers are unhappy; however, because they wanted more access to the U.S. market than was agreed upon. Canada and Japan have agreed to allow greater access to their tightly controlled dairy markets, while New Zealand convinced the U.S. to accept more of its milk products. Prime Minister John Key said this meant “more jobs, higher incomes and a better standard of living”. However, back in the U.S., opposition leaders, as well as Democratic presidential candidate Hillary Clinton, have turned their back on the TPP deal. In an interview to a TV channel, Hillary said, “As of today, I am not in favor of what I have learned about it.” The 2016 Democratic presidential front-runner cited the “high bar” she had set earlier in the year as the reason she gave the deal a thumbs down.

“I have said from the very beginning that we had to have a trade agreement that would create good American jobs, raise wages and advance our national security and I still believe that is the high bar we have to meet,” Clinton said, indicating clearly that the Obama administration will face tough time while getting the deal ratified by the U.S. Congress.