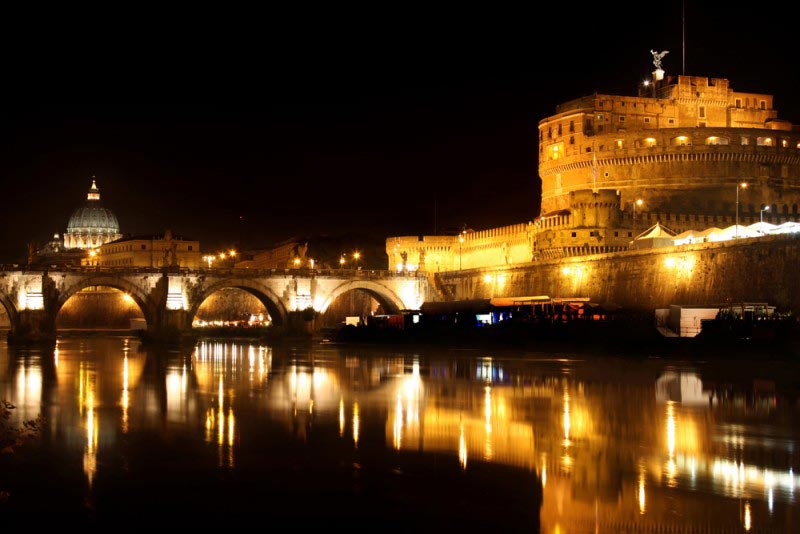 The Vatican City is the smallest yet a frequently-visited place of the world. It is popular for the Royal architectural heritage and as a preserver of the Roman empire. Encompassed by Tiber river, this hub of Roman Catholics is a pleasure to visit. Being surrounded by Rome on all sides, this country offers a lot to the visitors.

The tourists gawp at the fact that this small country can provide so much extravagance and beauty which is otherwise attributable to the big ones. Situated within Italy, the Vatican City is officially declared to be a Roman Catholic state. This Latin and Italian speaking country has a strange grandeur and piousness, which makes the visitors feel sublime.

Vatican City is an unforgettable experience as some finest churches and chapels will simply make you wonder in amazement. This country generally has a Mediterranean climate, so it is preferable to visit the Vatican City during the months of May to November. Avoid peak times to visit this place. Although there are a good number of restaurants, cafeterias, and other places of relaxation, yet visitors will find no accommodation within the Vatican City.

While visiting Vatican City, prepare yourself to see some royal dignitaries, priests, nuns, Swiss guard Corps, which add specialty to this country where less 2,000 people live. The place has an easy access from Rome, the capital city of Italy. The visitors can take a taxi, bus, or even walk down to this place. Even Metro Rails and trams are available which connect to Cipro, Ottaviano, etc. The Vatican City has no airports. There is only one heliport in the country. There is also a 852-meter long standard gauge (1,435 mm or 4 ft 8½ in) railway line that connects Vatican City to Rome’s Saint Peter’s station. The station building by architect Giuseppe Momo was constructed during the reign of Pius XI. This happened after the conclusion of the Lateran Treaty and opened in 1933. This railway line was initially built to transport pilgrims and was rarely used to transport passengers. Pope John XXIII was the first to make use of the railway line and Pope John Paul II was known to have used it seldom number of times. At that time the railway line was mainly used to transport freight.

As the Vatican City covers a few acres, more than 100, which is less than half a square kilometer within its walls, the country can be easily travelled by foot. However, most of its area is inaccessible to tourists. The most popular areas open to tourists are the Basilica of St. Peter and the Vatican Museums. Traveling in Vatican City by the train is a good decision. The country has two 300-meter sets of rail tracks, which is the shortest national railway system in the world. Tourists should, however, know that most of the railway traffic consists of freight good importation. The railway has sometimes carried passengers and that too mainly for symbolic or ceremonial reasons.

The Vatican City State Railway starts from Rome to Viterbo railway line at the “Roma – San Pietro” station. It crosses Gelsomino valley via a 143.12-meter long masonry viaduct of eight 15.30 meter arches. It crosses Viale Vaticano and Via Aurelia. The Via delle Cave and the Via del Gelsomino fall in the broken journey. The Vatican Railway Station features a simple white Italian marble design. You can also choose to travel in a bus.
Leisure

The Vatican City is known for its architecture in the form of St. Peters Basilica. Visitors are normally admitted to the dome from morning till evening. Another attractive building is the 17th-century St Peter’s Square created by Bernini. On either side of this St Peter’s Square one can find semicircular colonnades and in the center there is an Egyptian obelisk built during the reign of Caligula. You can visit the Necropoli Precostantiniana, the excavations under St. Peter’s. However, to watch this permission has to be obtained in advance. Such a permission is usually granted only to students and teachers with a professional interest. The Vatican Gardens can also be ideal for such a purpose. The Museum and Treasure House, which includes the Collection of Antiquities, Museo Pio-Clementino, the Egyptian Museum, the Etruscan Museum, and the Museum of Modern Religious Art are not to be missed.

Nightlife is the perfect piece for leisure in Vatican City. This can be in the form of a stroll across the pillars of old temples or the torrents of Renaissance fountains. Among these fountains, the Naiads (Piazza della Repubblica), the Tortoises (Piazza Mattei), and the Trevi are beautiful at night. The Capitoline Hill is magnificently lit after dark with all its Renaissance facades. Tourists will be perplexed with the Roman Forum. It is seen from the rear of the trapezoidal Piazza del Campidoglio and is the grandest in Rome. The Piazza San Pietro (in front of St. Peter’s Basilica) is a must-watch at night. La Repubblica is a place known for its evening entertainment. During the summer months, the streets of Vatican City are filled with all kinds of outdoor festivals. The best of these occur in the area along Via di Monte Testaccio in the Testaccio sector. This area becomes a venue for pop jam sessions, jazz concerts, etc.

Bars and restaurants are overcrowded at this time. Many food stalls, markets, and shops operate till late nights. Music and spicy food is something that you will get at Fiesta, a complex at the Ippodromo delle Capannelle that opens every year from June 12 to August 15. Salsa music predominates in here and major concerts also take place. It sometimes features big names such as José Feliciano. At this time bars, shops, and food kiosks sell specialties such as fajitas, burritos, and enchiladas. The Colosseum of Rome is another beautiful attraction. Though it is a ruin, it looks extremely gorgeous at night. Shopping is also an important part of fun in Vatican City. There is better scope for this in Florence and Venice.
Places to see

The places of interest in the Vatican City are architecturally awing:

The only entrance to the Vatican City for a tourist is through the Bernini’s St. Peter’s Square (Piazza San Pietro). Once you are there, you will be enclosed by a majestic Doric-pillared colonnade. Just atop it you can find a huge crowd of some 140 saints. As you go ahead, you will see the facade of St. Peter’s Basilica. Just to the right that is above the colonnade there are dark brown buildings of the papal apartments and the Vatican Museums. In the center of the square is an Egyptian obelisk from the ancient city of Heliopolis on the Nile delta. On the sides of the obelisk are two 17th-century fountains. The one on the right that is facing the basilica is by Carlo Maderno the one who designed the facade of St. Peter’s. It was placed here by Bernini. The other one is by Carlo Fontana.

The tourist office is on the left side of Piazza San Pietro. It is open from Monday through Saturday from 8:30 a.m. to 7:00 p.m. It sells all kinds of maps and guides for tourists. The office accepts reservations for tours of the Vatican Gardens and tries to answer genuine questions of travelers from all quarters of the world. A useful tip for tourists is to be careful about the risk of terrorist attacks as there is a worldwide risk of attacks that can be against foreigners. An essential tip from Vatican City travel tips is to bring the right clothes and reach the country at the right time. The temperatures in Vatican City range between 55 to 75 degrees F in the spring season and between 70 and 85 degrees in the summer months. Winter temperatures range between 40 to 55 degrees F. So, tourists should plan their visits in the appropriate time. They should bring comfortable shoes, sweaters, clothes to layer properly, and an all-weather coat. As far as cruises are concerned, informal dress is the general rule. However, there may be some occasions where formal dress is required. Some of the religious sites in the country may require tourists to wear their modest dress to enter such places. The local language of the people is Italian and English is spoken very less.

A point worth recorded is to know about the currency of Vatican City. Lira is its currency. The new European currency, the Euro, has also become the official currency of 11 European countries, namely Austria, Belgium, Finland, France, Germany, Ireland, Italy, Luxembourg, the Netherlands, Portugal, Spain and Greece. Thus, the Euro is in vogue in the city. Electricity voltage used is 220 volts. Tourists can easily purchase a converter at most hardware stores. Follow these Vatican City travel tips and make your visit memorable.