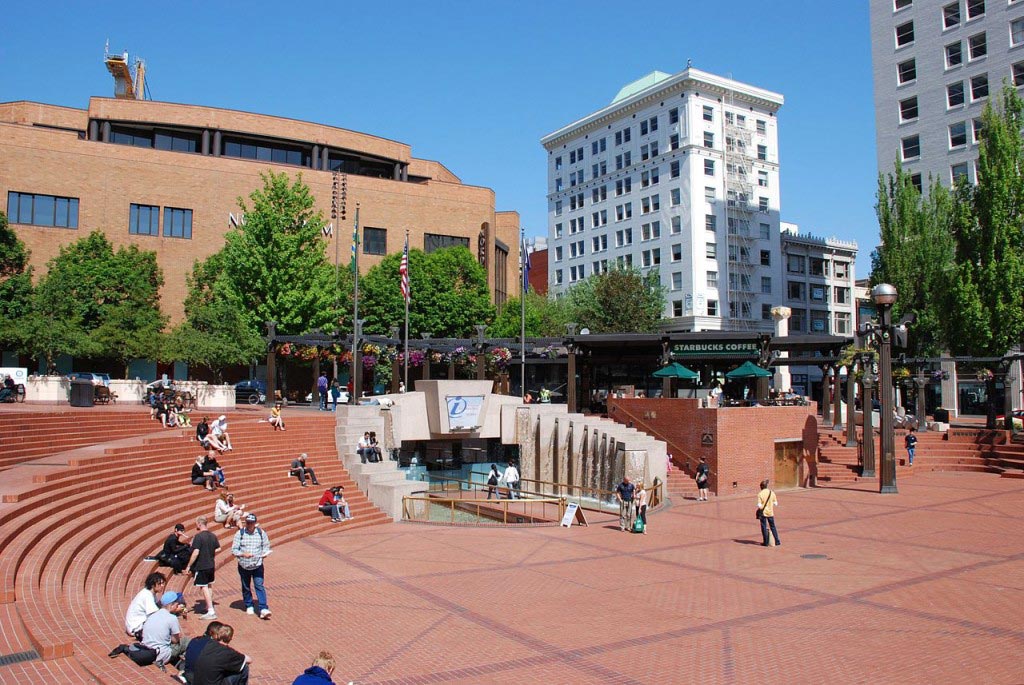 Pioneer Courthouse Square is one of the major tourist attractions in Portland, Oregon. According to the statistics, more than 26,000 people pass by the Square each day. Many people visit the Square directly. This has made Pioneer Courthouse Square the single most visited site in Oregon. It is also famous for being one of the most-picked outdoor venues. It has been observed that annually more than 300 events ranging from large-scale concerts to cultural festivals are hosted here.

The Echo Chamber is a small amphitheater. There is a circular marble stone in the center where you can stand facing the steps and speak, and hear your echo. It is sure to amaze and delight you. The small amphitheater features historic tiles made designed by Gail Martin. These bronze tiles exhibit some scenes from Portland’s history.

A 75-seat surround-sound theater is located within the Visitor Information Center. Serving as a landmark Portland icon, ‘Allow Me’ is a bronze full-sized sculpture of a man offering his umbrella. It is a creation of the nationally acclaimed artist J. Seward Johnson of Princeton. There are three bronze chess boards installed on the fallen column of the Morrison Street side of the Square to make people aware of the chess playing activities that are held on the Square. These bronze chessboards were installed in the Square during June 2003.

Pioneer Courthouse bricks with names are another attraction at the Square. These were bought by the local businesses and citizens to collect funds for the construction and maintenance of the Square. More than 71,165 named bricks can be seen in the Square.

Pioneer Courthouse Square also features the Waterfall Fountain which cascades down large granite blocks into a reflecting pool below. Set at the top of the Waterfall Fountain, Keystone Lectern was originally designed as a central speaking platform for the Square. Now, it serves as the vantage point to view the Square’s activities. 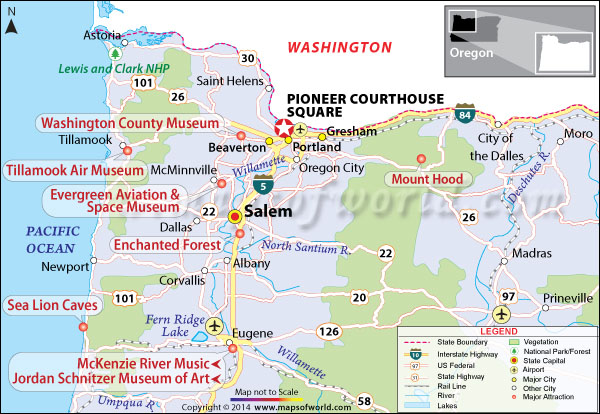 Where is Pioneer Courthouse Square ?

Pioneer Courthouse Square located in the heart of downtown Portland, Oregon, is also known as the “living room” of the city. It just takes around 20 minutes to reach the courthouse square from the Portland International Airport.

The best time to visit the Pioneer Courthouse Square is from June through August, as the weather is warm.

Tickets are available for the current events. The rates vary with the event.