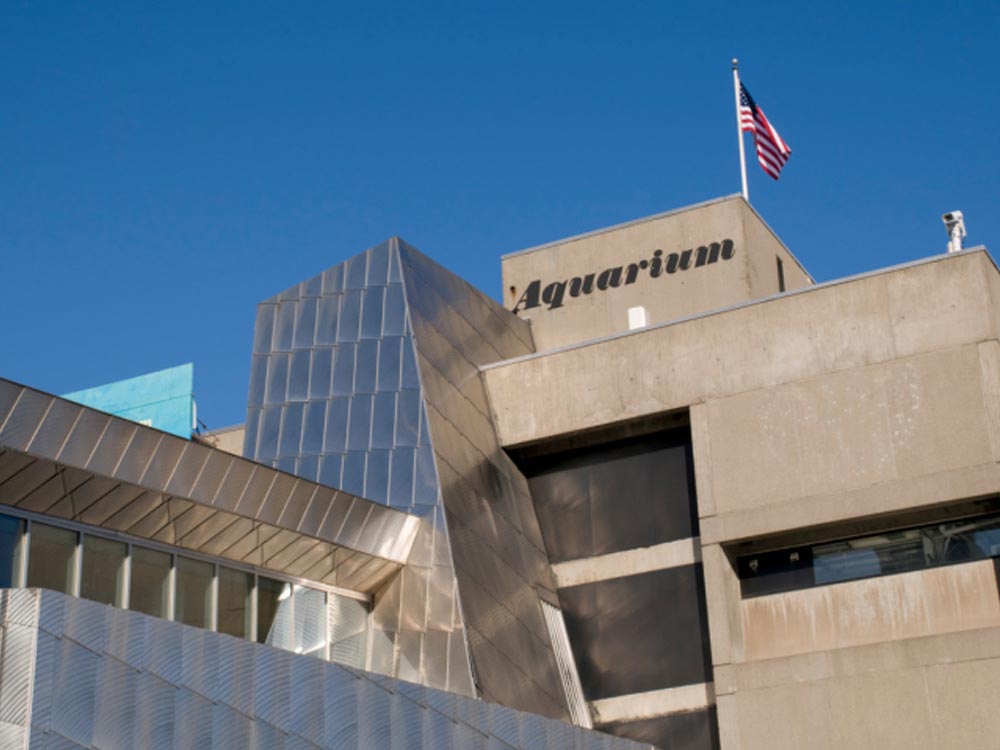 Imagine a world where colourful lobsters swim with gorgeous goosefish, exotic sea urchins and sharp shorebirds. Prepare to meet the hell guards of Poseidon as you enter a kingdom of wild sharks and scary sting rays. The mighty seas roar with the tentacles of the Giant Pacific Octopus and you can get a once-in-a-lifetime opportunity to see this creature in its full glory. When countless hours pass by just watching garden eels frolic in vibrant coral reefs, you will know you have entered the majestic sea world at New England Aquarium.

Frankly, a trip to Boston is incomplete without a visit to this sea centre. While most other archaeological wonders in the city are in fact, historical and cultural sights, this is one site that is famous for housing contemporary international guests.

Walk around a 200,000 US gallon tank that houses some of the most exquisite marine species in the world. The Giant Ocean Tank as this is known, simulates a Caribbean coral reef and contains barracuda, eels, sea turtles, sharks and sting rays. As you spiral down the walkway surrounding the concrete tank, exclusive marine views from 52 windows covering every angle and level await you. This is an experience seconded by none other than deep water diving with sharks. So, if scuba diving is not on your immediate to-do list, this is your best shot to get up close and personal with these majestic creatures.

But what’s an aquarium visit without penguins, right? The good folks at the New England Aquarium seemed to have realized this at a very early stage and so at the bottom, a squarely large 150,000 US gallon exhibit contains the largest variety of penguins you have ever imagined. A global-cuddle effect will overpower you as you see penguins from different parts of the world. Bask in the cute glow of little blue penguins, Northern and Southern rockhopper penguins as well as African penguins. Artificial rock islands in this exhibit ensure these little guys stay close to their habitat.

There are quite a few smaller exhibits too. The Temperate Gallery or Thinking Gallery features hordes of Goliath grouper, rare sea dragons and ancient fishes. It abounds in schooling fish swimming in coastal environments. If piranhas hold your fantasy, head over to the Freshwater Gallery that only consists of South American fresh water marine creatures. In addition to piranhas, this exhibit also houses Atlantic salmon, electric eels and, hold your breath, Anacondas!

Do you want to touch beautiful marine creatures? Feel a little close to their world? Well, even this is possible at the New England Aquarium, thanks to the tide pool, Edge of Sea. Hermit crabs, horseshoe crabs, snails, sea urchins and sea stars float freely and you can touch them if you care to. 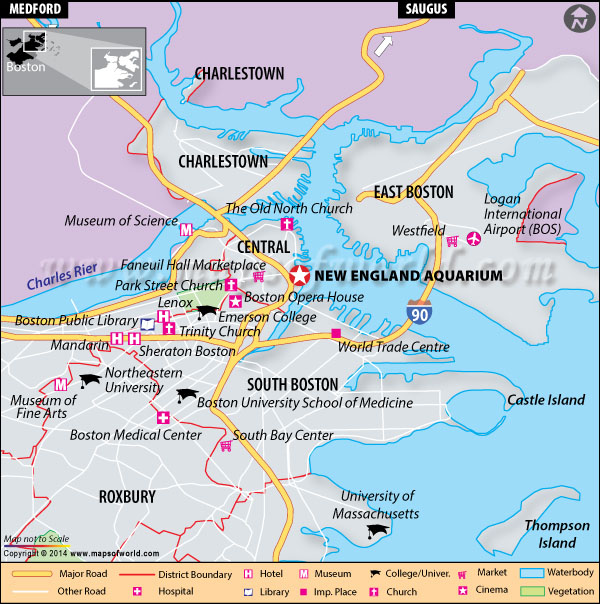 Where is New England Aquarium ?

The New England aquarium is located at Central Wharf, Boston. It is right next to the Rose Kennedy Greenway and the Long Wharf. It is easily reachable by bus and within walking distance of the Financial District, Government Centre and North End. If you are planning to take the subway, your nearest stop will be Aquarium Station. This is serviced by the MBTA’s Blue Line. If you plan to take the Orange or Green Lines though, Haymarket Station will be your closest stop. The aquarium is a few minutes walk from here.

The New England  Aquarium is open all the year round but Boston is most pleasing during the Fall and Spring months. Summer is very hot in the area and New England becomes very unpredictable in winter, so travel during this time is best avoided.

The New England Aquarium offers single as well as combo tickets for various exhibits. Adult tickets are priced at $26.95 while children above the age of 3 are required to pay $18.95. IMAX theatre tickets have to be bought separately but combo tickets are available for the aquarium and IMAX at $31.95 for adults and $23.95 for children above 3 years. Whale Watch tickets have to be bought separately although rates slash drastically if you are a member.