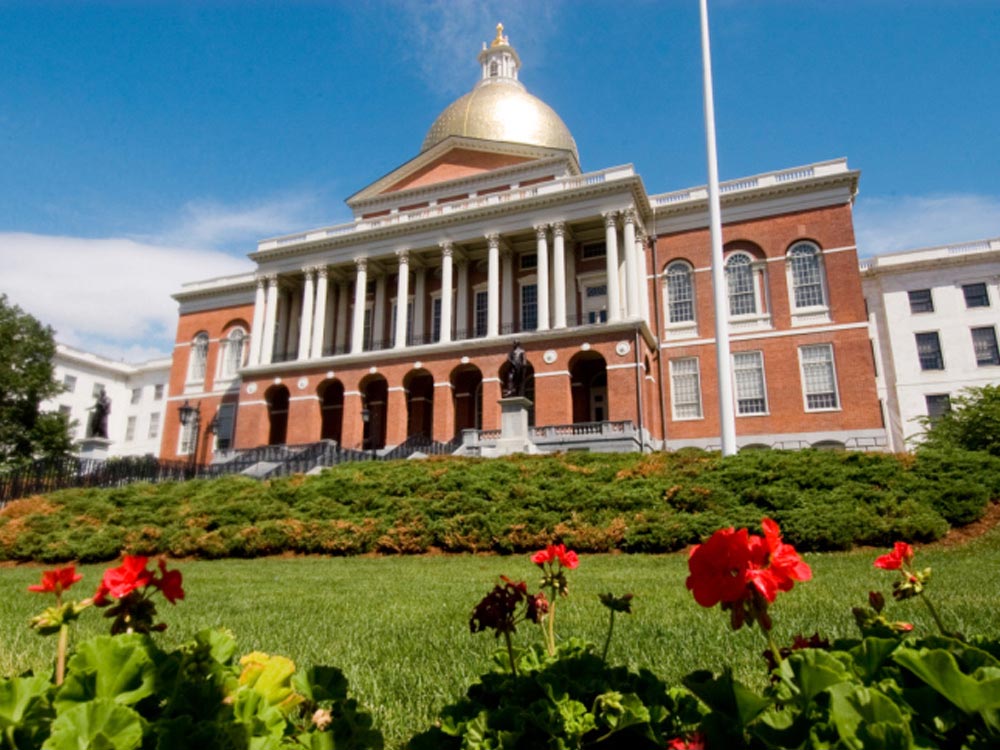 There are a few landmarks you never want to miss while at Boston. One of them is the citadel of the state government: the Massachusetts State House. The Senate and House of Representatives convene here to discuss crucial matters of the state. Being the oldest building on Beacon Hill, the House is also one of the largest. It was built between 1795 and 1797. In fact, the site of the building was actually a pasture owned by John Hancock. It was lowered 50 feet solely for this construction.

Now, we normally don’t care much for architect’s names while visiting buildings. However, there is one thing you need to know about Bulfinch: He was a self-taught architect. His father was a physician and Bulfinch himself, is regarded as the first native-born American architect. After returning from an extensive tour of Europe, this state house was the first building he designed as an amateur architect. Andrea Palladio, the late-Renaissance northern Italian architect greatly influenced him.

This passionate architect also designed a number of buildings in and around Boston. He built the state houses of Maine and Connecticut. For the Massachusetts State House though, he was inspired by Somerset House of London. If you want to see the power of inspired self-taught observation, you need only gaze at the beauty of this state house.

One look at the elevated portico with grand Corinthian columns and you will be spellbound. An interesting piece of trivia: The red brick facade was actually painted white in 1825 and remained so till about 1928 when the bricks got exposed again. But now, the white Corinthian columns complement the red bricks nicely.

And of course, if you are at the state house, you have got to take a look at the ‘dome’, topped with a pine cone and lantern, and symbol of Massachusetts’s forests. Originally made of shingles and wood, the dome was replaced with copper in 1802. It was then gilded in 1861 and has stayed the same ever since. During the Second World War though, the dome was painted black to avoid moonlight reflections during blackouts.

A huge yellow annex was added to the state house in 1895 and marble wings, in 1917. The Father of American Public Education, Horace Mann has been immortalised in a statue by Emma Stebbins. The statue dates back to 1865. Right opposite to this, stands an immaculate bronze statue of famous lawyer, Daniel Webster, sculpted by Hiram Powers in 1858. The building grounds abound in a lot of such spectacular statues that will take your breath away.

The Massachusetts State House has been the seat of government for over two centuries. The marble-floored corridors depict exquisite portraits of early Massachusetts governors and the gorgeous murals showcase the state’s cultural heritage. All in all, this state house is a fabulous place to experience the history and glory of Boston. 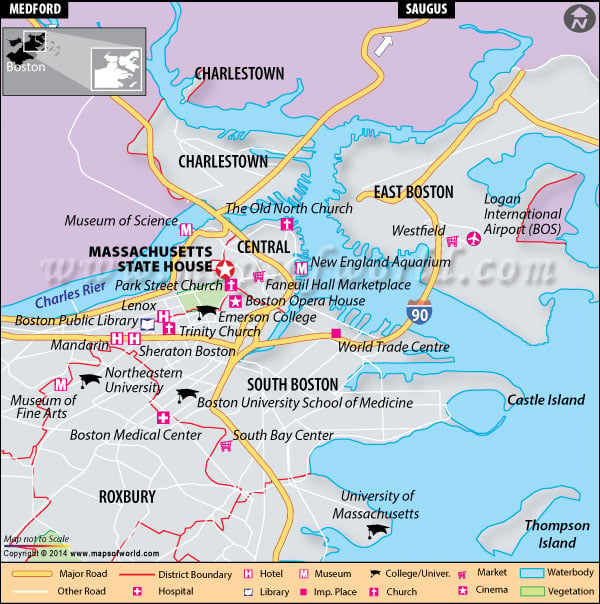 Where is Massachusetts State House ?

The Massachusetts State House is located prominently at the intersection of Beacon and Park Streets. It is easily reachable by Park Street subway station from both the red and green lines.

You can visit the State House all year round, although the peak season is fall and spring. Boston is pretty hot during summer, so try to avoid those months.

The Massachusetts State House is open from Monday to Friday between 8 am and 6 pm. Admission is free. Guided tours are available all year round, although you have to schedule in advance.