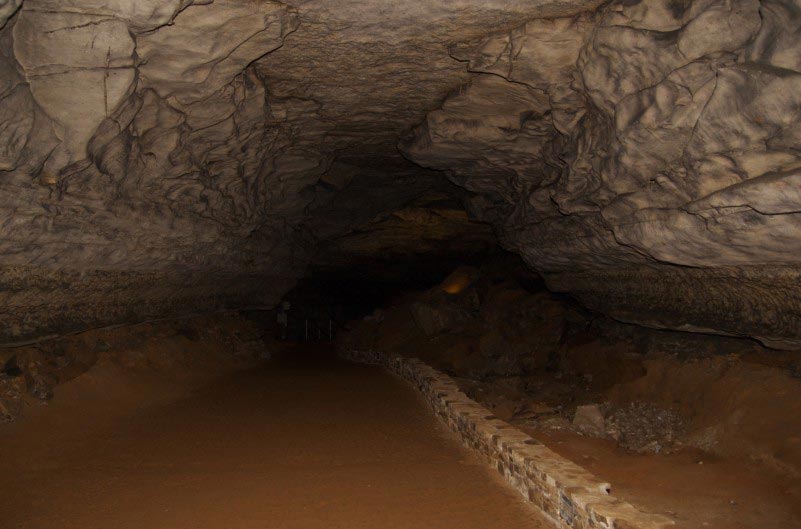 Mammoth Cave National Park in Kentucky, United States is a United Nations World Heritage Site. Spanning across an area of 52,830 acres (21,380 hectares), it is the world’s longest known cave system. Officially called the Mammoth-Flint Ridge Cave System, the caves form the heart of an international biosphere reserve. Best described by Stephen Bishop, one of the earliest guides of the caves, they are still “grand, gloomy, and peculiar”. The passages of the cave system have been preserved without much artificial lighting. Following Bishop’s death in 1857, his grave is built near the entrance and called the Old Guide’s Cemetery.

The caves here go down five levels and over 365 miles of this network have been mapped. Explorers and guides are, however, continuously discovering new caves. Only about 10 miles of passages are available for tours. Over 390,000 visitors head to Kentucky each year to explore the Mammoth Caves and to enjoy the eerie beauty of these darkened caverns.

The cave passages are formed by the action of water that runs underground into these limestone ridges through sinkholes in the shale and sandstone ground layer or umbrella. This cap is a very thick one making the caves safe for tours.

The Mammoth Caves tours are hikes through the cave passages and are guided by rangers who offer a variety of interesting geological information to the visitors. 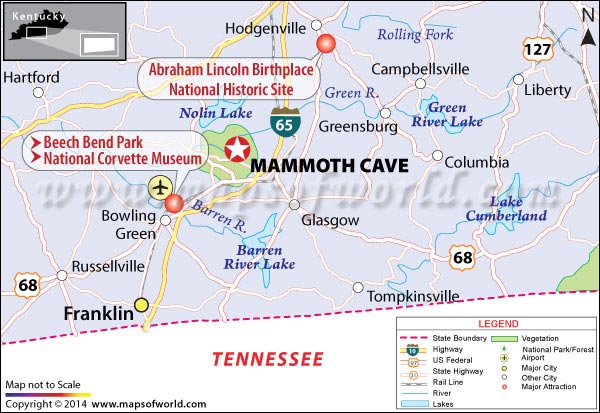 Where is Mammoth Cave National Park ?

The Mammoth Cave National Park is about 9 miles northwest of the I-65 and can be easily reached from both Louisville in Kentucky and Nashville in Tennessee.

The Mammoth caves can be visited round the year. In spring (March-end through May) the Visitor Center operates between 8.15 am and 6.15 pm Central Time and in summer (May-end through August) between 8.15am and 6.30pm Central Time. Summer brings crowds and frequent tours are available. For the rest of the year, the tours are on offer but less crowded.

Nearby Attractions : Lost River Cave and Valley, the Lincoln Museum, Fort Williams, Patton Museum of Cavalry and Armor, the Kentucky Museum and Library.