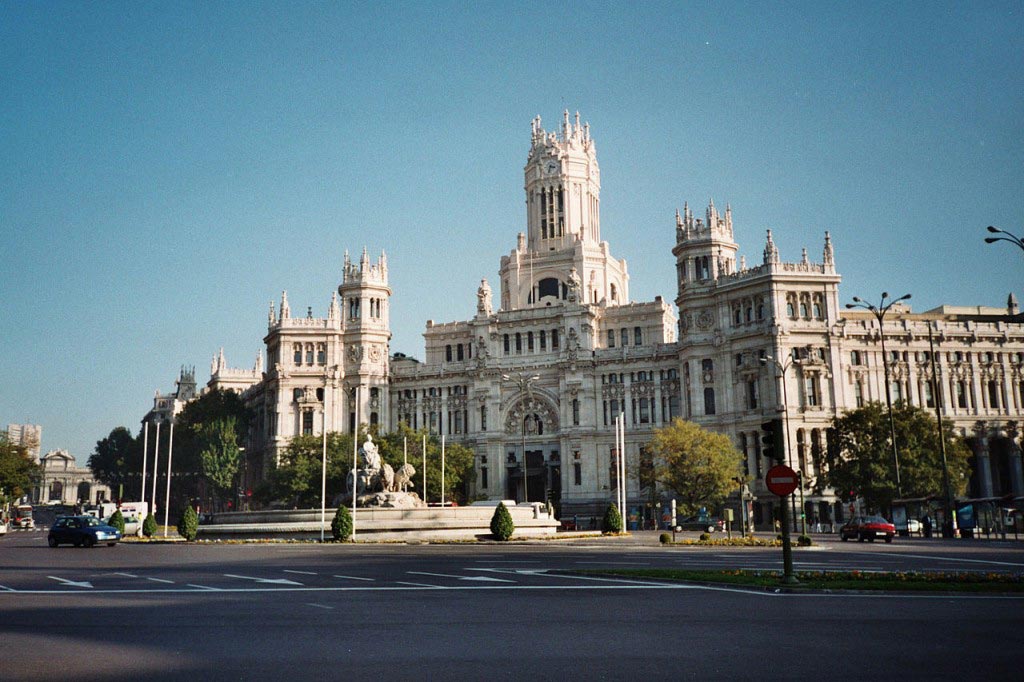 Plaza de Cibeles in Madrid, Spain, is a square famous for many beautiful monuments. The center of the square is embellished with a lovely fountain with a dominating sculpture of a woman posing on a chariot pulled by two lions. It is the sculpture of the Roman goddess of nature Ceres or Cybele. As the material used for building the sculpture is of white color, the lighting at night makes it look impressive. It has become a place where football players and their fans often gather. The Real Madrid team celebrates after winning any match around this fountain and their fans visit to share the happiness. Thanks to the creative architect Ventura Rodriguez for designing such a beautiful masterpiece!

You can see three eye-catching monuments by taking a trip around the fountain. The first one called Cibeles Palace was the headquarters of the postal service till 2007. It is now Madrid City Hall. It was previously named Palacio de Comunicaciones or communications palace. It was constructed between 1905 and 1917. The appearance of the building reminds us of an old cathedral. It now houses the office of the mayor of Madrid.

Banco de Espana, the Bank of Spain is located next to the Cibeles Palace. The bank underwent many renovations later till 1975. The main part of the building is the storage place of precious gold, and it is 30 meters deep below the surface. The old method of security for this room was of flooding the room in case of any danger. But now modern security is used in the bank.

You will see the building of the Art museum on the opposite side of the bank. The building called Linares Palace was constructed by a rich banker in the year 1873. It was renovated in the year 1992. The building now houses the Casa de América, which displays Latin American artworks. It is said that the building is not that safe as it has some haunted areas. Nevertheless, the beauty of this gorgeous monument puts a veil on this fact, and many visitors come here to see the classic artwork. 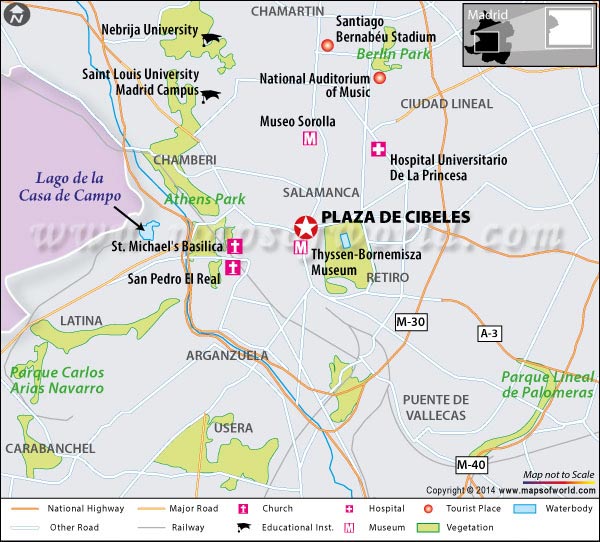 Where is Plaza De Cibeles ?

Plaza de Cibeles is located in Madrid, Spain. It can be reached within 20 minutes by car from Madrid-Barajas Airport.

Autumn and spring are the best times to visit Plaza de Cibeles in Madrid.