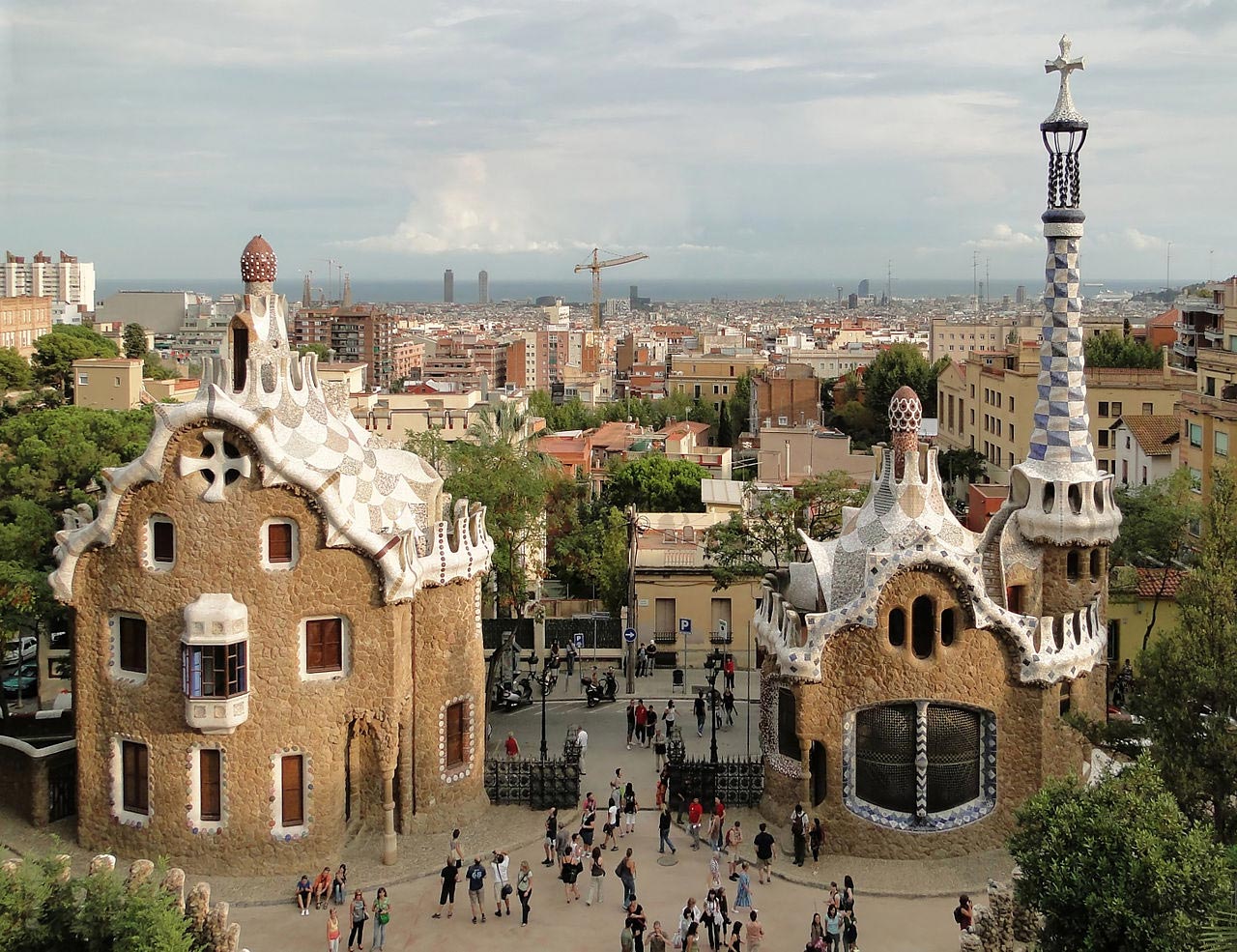 Park Güell in Barcelona is a beautiful green park, which is an attraction for many tourists visiting the city. The park offers a refreshing delight with its greenery. This park enables you to completely cut off from the noisy city life so that you can have a great time unwinding in this serene atmosphere.

Originally, it was designed as an English style garden city. The park contains a covered marketplace, meandering roads and a central plaza. It consists of a expansive stairway, which has a large, colorful tile mosaic dragon. This is the traditional symbol of the park. The architect, Antonio Gaudi, developed a system of viaducts, which was held by the tidal wave-like shape of the inclined columns. It facilitated a broad road system as well as retained the natural shape of the land. The park consists of two different parts. Whereas one part is comparatively undeveloped natural area on top of the hill, the other part – the sculpture part contains several walkways and structures in the unique colorful style used by Gaudi.

The lowest point of the park, on Carrer d’Olot, is the entrance to Park Güell. From the entrance, a double staircase goes to the hypostyle chamber. The large promenade in the center of the park called the Greek Theatre was constructed to hold open-air shows.

The park contains wonderful stone structures, attractive buildings, and stunning tiling. The twisting rock pillars support the walkways. Gaudi used many natural shapes in his work. From the terrace of the park, you can get a magnificent view of the park and Barcelona city. There are the mosaic seats of multi-colored tiles. There is also a small house in the park where Gaudi lived. Today, this house has been converted into a museum. It consists of interesting furniture designed by Gaudi. 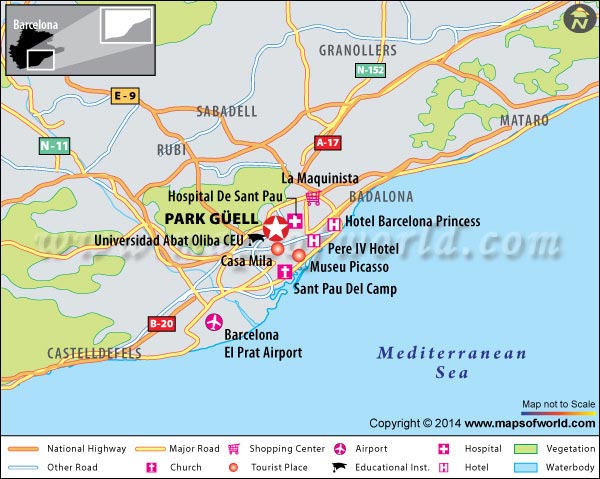 Where is Park Güell ?

Park Güell garden complex is located on the hill of el Carmel in the Gracia district. You can reach the garden within half-an-hour from the Barcelona Airport. Other ways to reach the park are through metro, bus, or coach.

Early morning is quite relaxed as there are less visitors. It is probably the best time to visit Park Güell.