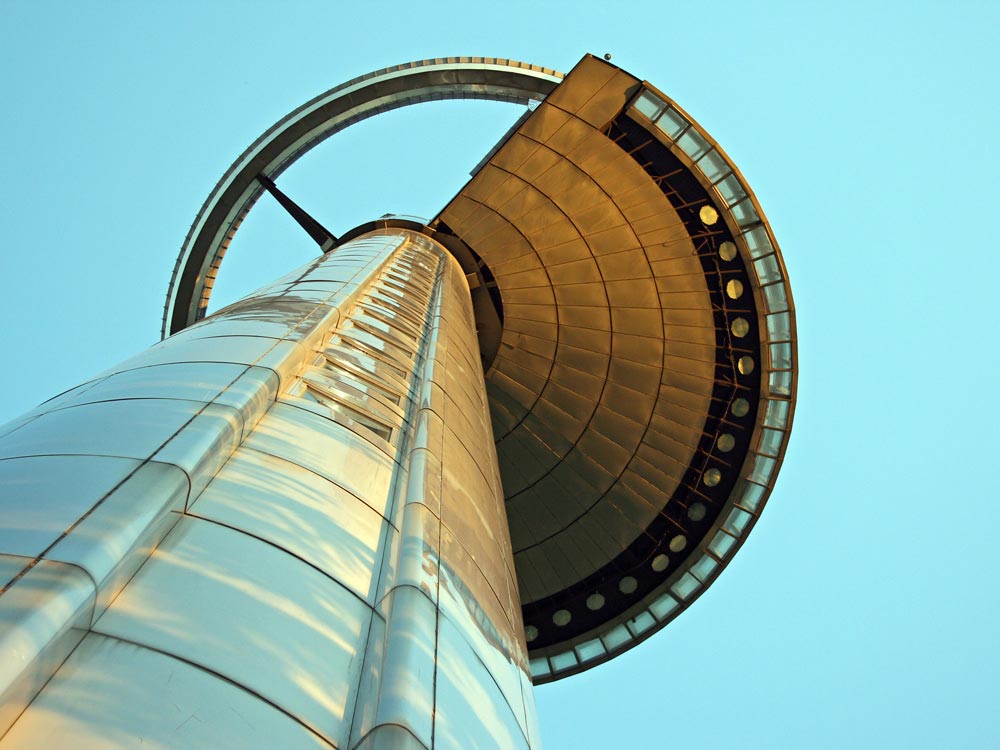 Faro de Moncloa is a fine example of the modern architecture of Madrid that is marked by big towers, buildings, and skyscrapers. The tower was built for the purpose of keeping a watch on each and every part of the city and was called an observation tower.

Nowadays, the tower is used as a tourist destination. It gives visitors a bird’s eye view of the city. The main observation deck of the tower is in the shape of a flying saucer. The elevator installed in the tower takes visitors up to the observation deck, which is the highest point. From there you can enjoy stunning views of the charming city of Madrid. The glass windows on the deck helps one see the ‘Sierra de Gaudarama’ – the mountain range around the city – through it.

The place is very calm and cool and is less frequented by the tourists that visit the city. Thus it remains less crowded. It is also one of the most romantic places in the city. Once we are on the top of the tower, we can have a glimpse of the whole city below and looking above one can behold the magnificent blue sky full of white, soft clouds. It is indeed a breathtaking view. In the rainy season too the sight from the top of the tower is breathtakingly beautiful. At night the sky filled with stars which look like silver drops on a black sheet making it the most romantic place on earth.

The tower is nowadays also hired for some occasions and events like press conferences, dinners, receptions, and parties. One can even spend a whole day up on the tower or simply spend an evening with one’s loved one on this high and enchanting Faro de Moncloa tower in Madrid and experience the feeling of being one with nature and God.

Note: The tower has been closed due to safety reasons since 2005. We checked the official website in December 2013, and there is no update about its re-opening. 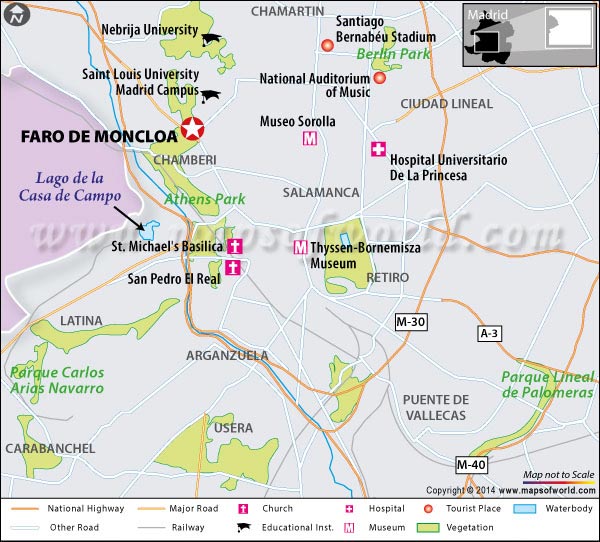 Where is Faro de Moncloa ?

The Faro de Moncloa is located at the Plaza De Moncloa, Madrid, Spain. The observation tower can be reached from the Madrid-Barajas Airport within a journey of just half-an-hour via[/stab]

The best time to visit Faro de Moncola is during winters as the weather is cool. The summers in Madrid have an unbearable heat.