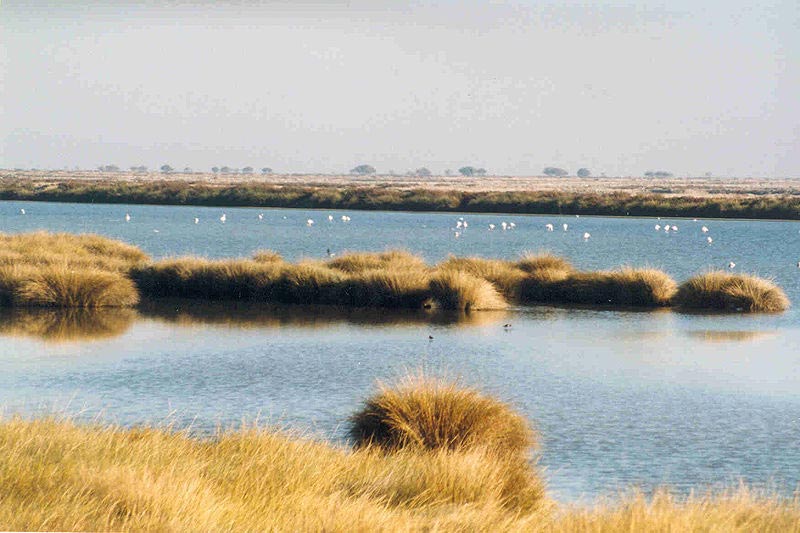 Doñana National Park is situated along the banks of the Guadalquivir River and the delta where it meets the Atlantic Ocean. Consisting of various areas of marshland and swamps, lagoons, sand dunes, streams, scrub woodland, and maquis, the park is a habitat to diverse plant and animal life, including several threatened and endangered species. Spanish lynx, Adalbert’s eagle, marbled teal, and white-headed duck are among the threatened species residing within the park.

Doñana serves as one of the largest habitats for herons in the Mediterranean, and serves as a winter migration destination for over 500,000 waterfowl. The park also serves as a breeding ground for various animals including egrets and waders.

As such an important wildlife habitat, there have been many conservation efforts put into effect at the park. The World Wildlife Fund works to protect parts of the park, including the ecosystem of the marshes, which is threatened by irrigation for agricultural use as well as tourism. There has also been a suggestion that the lost city of Atlantis was located around the swamps of Doñana.

Where is Doñana National Park ?

Doñana National Park is located in both the Spanish provinces of Huelva and Sevilla in the region of Andalusia. Because of its remote location in the Spanish wilderness, the park is accessible by car from nearby cities Seville and Cadiz.

The Doñana region of Andalusia, Spain experiences a Mediterranean climate, with moderate rainfall. The Guadalquivir river valley experiences somewhat more extreme temperatures, including the highest temperatures in Europe, which tend to occur in July and August. Spring and autumn are good times to visit for mild weather.

Photo by Ultratomio via  Wikimedia Commons