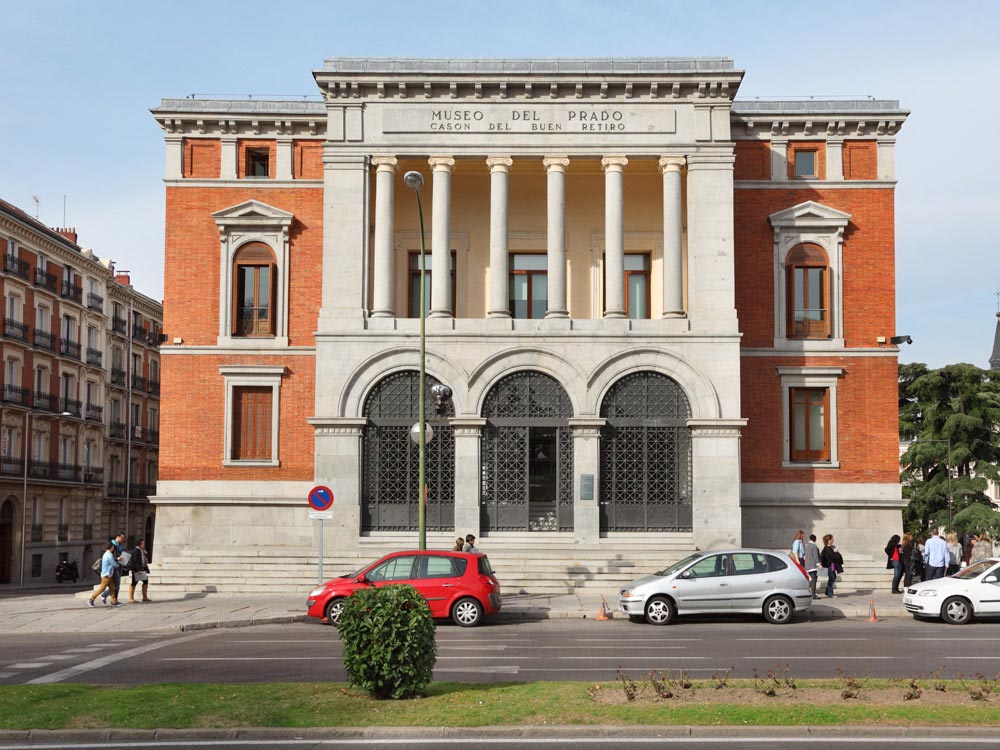 Cason del Buen Retiro, a part of the Prado Museum at Madrid, Spain

The paintings by a painter named Lucas Jordan can be seen on the ceiling. One of the notable paintings is named The Allegory of the Golden Fleece. These paintings are a tribute to the Spanish monarchy. The Cason del Buen Retiro has been turned into an art gallery exhibiting the famous works of the 19th and 20th century artists like Madrazo, Fortuny, Rosales, and Picasso.

Earlier, this part of the museum was the home of Picasso’s famous painting “Guernica”. Picasso wanted the painting to be displayed here because it was the city’s famous museum. But in 1992, the painting was shifted to another new museum, which is called Reina Sofia.

El Prado Museum, to which the Cason del Buen Retiro belongs, is the largest art gallery. It is a home for many sculptures, drawings, coins, and some other art works. It contains a huge collection of paintings, which made this museum popular worldwide. This museum stores more than 8,600 paintings out of which less than 2,000 paintings can be displayed. This is because of the lack of space.

The idea of constructing a museum was contrived during the reign of the King Charles III. But it could be acted upon only during the rule of Fernando VII, which was in the 19th century. From that time to this date the works have been transferred many times to other places, and finally after the second civil war they have been returned to Madrid. 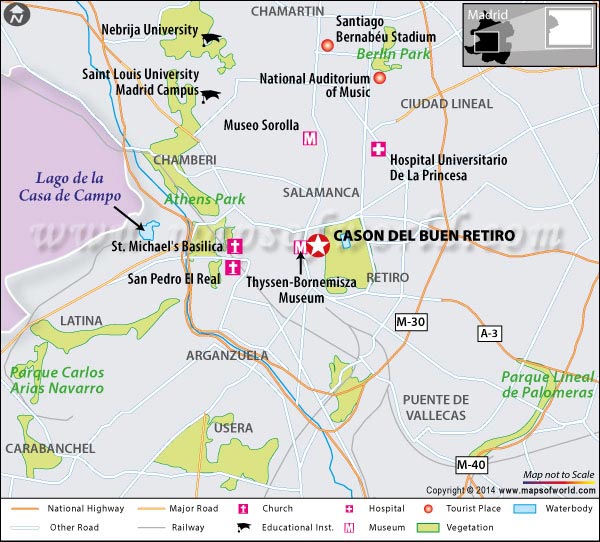 Where is Cason del Buen Retiro ?

Spring and autumn are the best months to visit Cason del Buen Retiro in Spain.

The ticket to view the permanent or temporary collections at the Prado Museum costs € 3.50. The ticket includes a visit to the Cason del Buen Retiro.