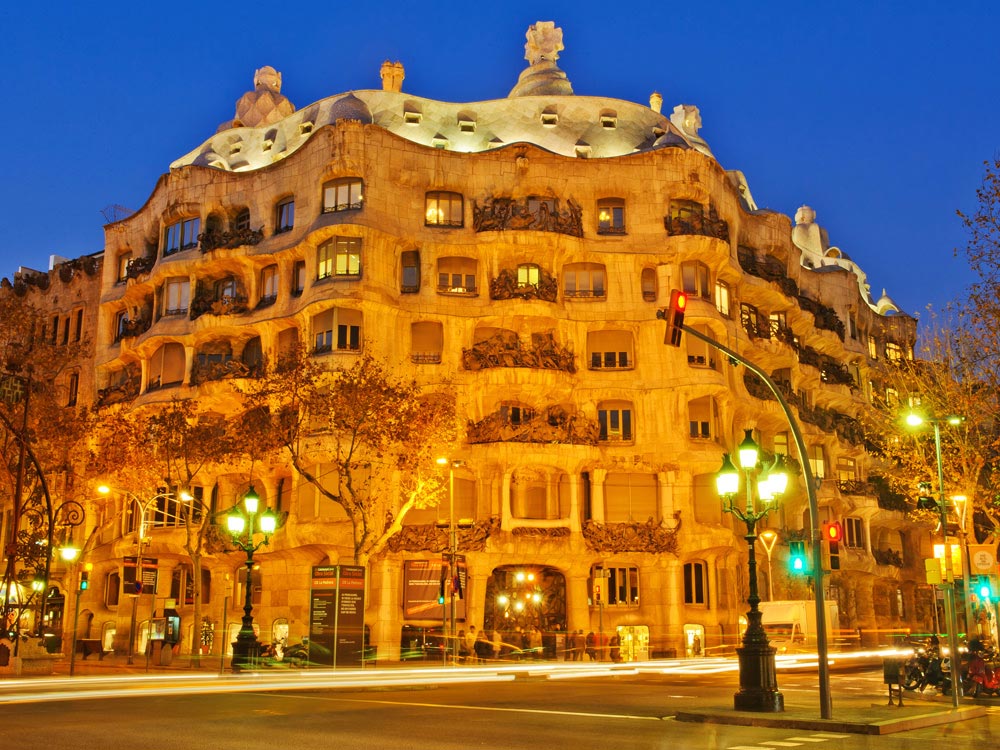 Casa Mila or La Pedrera (The Quarry) is situated at the Passeig de Gracia in the Eixample district in Barcelona, Spain. It was initially constructed as an apartment building. Inspired by the Catalan architect Antoni Gaudi’s Casa Batlló, Pedro Milà i Camps commissioned Gaudi to design Casa Mila. However, it became difficult to furnish the rooms because of their irregular shapes and hence, it was converted into a museum and opened for tourists.

It is believed that Gaudi had taken inspiration from the ocean waves or a variety of specific mountains or a mountain crest with clouds, while designing this limestone building. This building is the best example of the contrasts between concavities, curves, and voids. The contrast between the pale stone and dark iron looks very attractive. The stonework is based on the curves of waves and the stones are cut in big blocks. It falls straight to the street creating a moving surface from top to bottom on the front side of the building. The entire frontage looks like it is curved in shape without a straight-line. The seaweed like ironwork is cloaked across the facade of the building to create balconies. Josep Maria Jujol designed the molded-iron balconies.

The building has two entrances. One is at the corner. The main entrance is on Carrer de Provenca that leads a visitor to one of the central courtyards. The building appears more traditional because of the flowing staircases and color schemes. The roof scape of the building is amazing. It seems like a children’s playground due to its different levels and several sculptural forms. The building has two terraces, one elliptical and the other circular. From each terrace, there is a spiral staircase descending to the lower floors. The ceilings of each room and corridor are painted with colorful and wavy shapes. The sheer magnificence of the artwork and architectural patterns make Casa Mila in Barcelona a majestic building worth visiting while on a tour to this city. 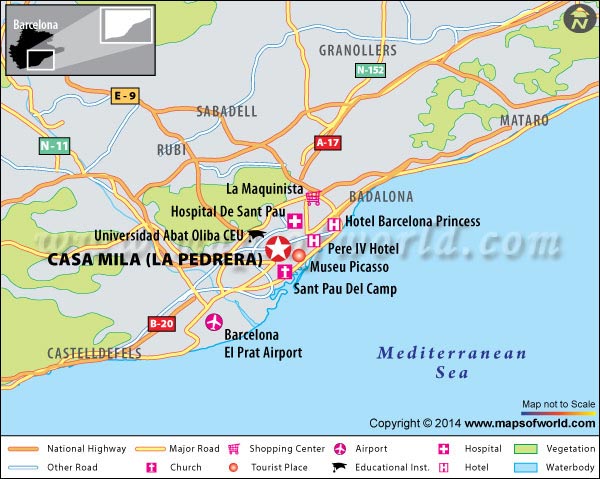 Where is Casa Mila (La Pedrera) ?

La Pedrera is located in Barcelona, Spain. It is approximately 15 km away from the Barcelona Airport and thus can be reached via car within 20 minutes.

La Pedrera opens according to the following timings:

From 1 March to 3 November: