War Memorial of Korea in Seoul 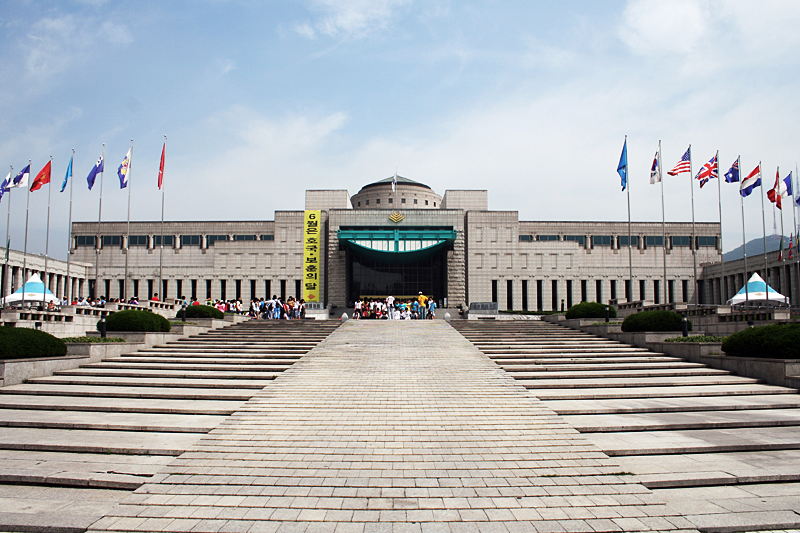 How does it feel to be in the middle of a war? You have to visit one of the most impressive war museums in the world to experience it. Located in the heart of Seoul, the War Memorial of Korea houses photos, maps, artifacts, weaponry, and films that offer a fascinating insight into what the Korean War was like. Compelling history, military prowess, and the resilience of the soldiers – this monumental memorial preserves every details of this memorable episode in Korean history.

The War Memorial is primarily dedicated to the Korean War that took place from 1950 to 1953. It was built over the land where the headquarters of the Korean infantry existed. It was inaugurated in 1994.

What to do in War Memorial ?

The eight on-site exhibits are the soul of the Memorial and reflect the very purpose of its creation. The War History Exhibit, Hogukchumo Exhibit, Large Equipment Exhibit, and Military Development Exhibit, and among the most visited ones. All sorts of military hardware and weapons are spread out before the public, both at indoor and outdoor exhibition halls. The planes, missiles, helicopters, and tanks offer a gripping insight into the war.

The instances of scathing military attacks inflicted upon South Korea in 1950 are documented inside the building. A surprise attack before the sunrise from North Korea, the daring aquatic landing at Incheon, the unexpected attack from China, and the military build-up of US forces in Busan are demonstrated through various weapons, relics, wall paintings, and pictures.

Tales of fiercely gruesome battles involving South Korea are also quite elegantly woven and told to visitors through documentary films, pictures, paintings, first-hand account of the survivors, and war remains.

Since you are in the capital city of South Korea, you can visit some of the famous tourist destinations. Apart from the War Memorial of Korea, Seoul is home to various other sites such as National Museum of Korea, N Seoul Tower, National Folk Museum of Korea, Olympic Park, Gyeongbokgung Palace, and Myeongdong shopping district.

Where is The War Memorial of Korea?

The Memorial is situated in the Yongsan District of Seoul, South Korea.

By Air – The Incheon International Airport in Seoul is 48 km from the War Memorial of Korea. It takes close to an hour’s drive to get to the Memorial from the airport.

By Train – The Seoul Subway train service is the best option to get to the Memorial if you plan to travel by train. The Samgakji subway station is just next to this war museum.

By Road – A number of bus routes connecting the War Memorial and various parts of Seoul are operational. You can take a cab from any part of Seoul and reach the site within an hour.

Best Time to Visit The War Memorial of Korea

Weather is pleasant in Seoul throughout the year, however, the conditions remain more conducive for traveling from March to October. It is advisable to visit The War Memorial of Korea from April to June and October to November, when the Honor Guard Ceremony is performed.

The Memorial remains open from 9 am to 6 pm (entry closes at 5 pm). It remains closed on Mondays, and if Monday is a public holiday then the site is closed the next day as well.

Entry to the Memorial is free.

Facts about The War Memorial of Korea

Jangchung-dong’s Jokbal Alley and Sinsa-dong’s Ganjang Gejang Alley should also be on your list of best places to dine.