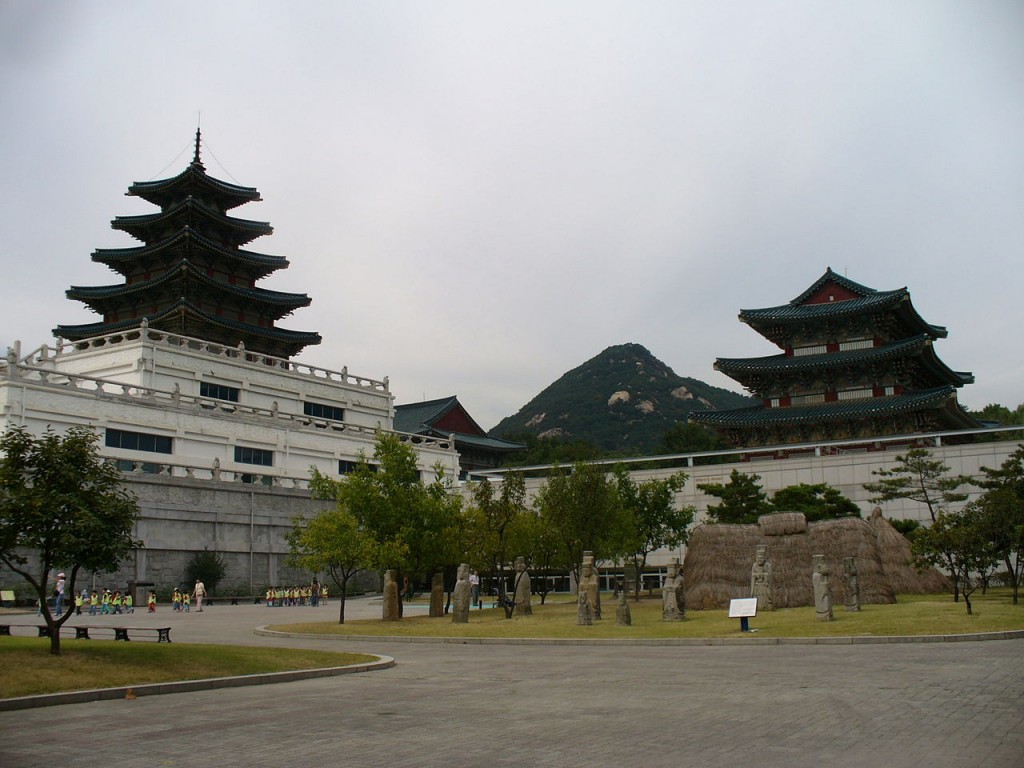 The National Folk Museum is a depiction of the culture and folk history of the Korean people, beginning from the prehistoric times to the culmination of the Joseon Dynasty. The museum has both temporary and permanent displays. The museum is devoted to the study and research of the folk history of Korea. It collects artifacts from various regions in Korea and assimilates at one place to give an insight into the culture and lifestyle of the Koreans. It conducts several workshops, seminars, exhibitions, concerts, and allied activities for the promotion of Korean culture and values.

The museum is replete with photos, models, film techniques, and mock-ups of the dwellings of Koreans now and a century ago. There are three exhibition halls and one Donation Hall in the museum:

The Donation Hall contains the items donated by the families. 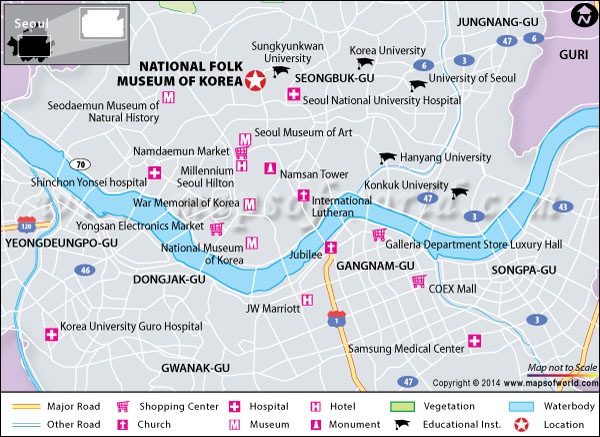 The National Folk Museum of Korea is sited inside the Gyeongbokgung Palace. The museum can be accessed from the Incheon International Airport within 2 hours and 6 minutes by bus, or within 1 hour and 41 minutes by subway.
Address : 37, Samcheong-ro, Jongno-gu, Seoul, South Korea

Autumn (from September to November) is the best season to visit South Korea.

The National Folk Museum of Korea opens daily at 9:00 a.m. The closing times of the museum differ throughout the year. The museum closes at 6:00 p.m. from March to May and September to October. It closes at 6:30 p.m. from June to August, while from November to February, it closes an hour early, at 5:00 p.m. From May to August, on Saturdays, Sundays, and public holidays, the museum closes at 7:00 p.m. It is closed on Tuesdays and January 1.

The entry tickets to the museum can be bought at the Gyeongbokgung Palace ticket office.

Which are the famous attractions in the city of Seoul?
Lotte World, Namsan, 63 Building, N Seoul Tower, War Memorial of Korea, COEX Mall, and Deoksugung Palace.

You may also like  Things to do in Seoul