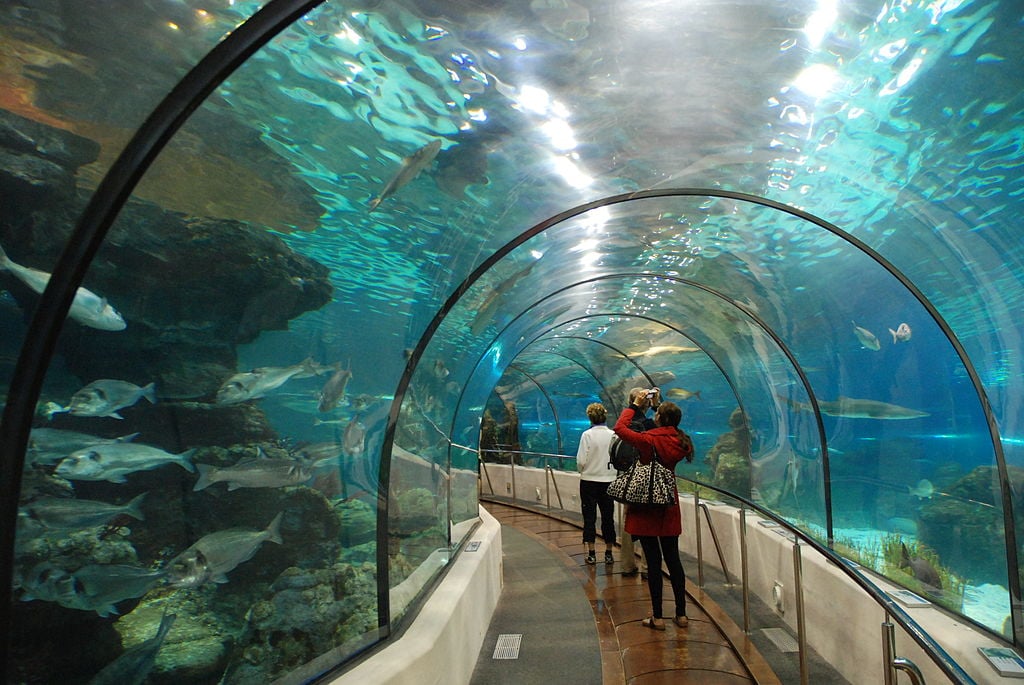 Anyone who has read Jules Verne’s Twenty Thousand Leagues Under the Sea knows that the ocean is a place of marvel. A world unbeknownst to mankind, the depths of which one cannot ever truly fathom. But what if you could live the mysteries of the deep blue sea, its rich flora and fauna, almost swim along with colorful fish, and get an up close and personal look at their lives? Welcome to Underwater World Singapore that takes you to the exotic fantastic world of the blue ocean.

Providing an ideal space where fun interacts with education, Singapore Underwater World is an oceanarium located on the Sentosa getaway island. With a variety of more than 250 species and over 2500 marine animals, it is the ultimate destination for an ocean lover. But this oceanarium does not restrict an observer to simply observing marine life from afar. What distinguishes Underwater World Singapore is its ability to provide a safe and exciting space for humans to come to close contact with the marine species.

Have you ever wanted to feed a shark? Or play with dolphins? Or dance with seals? Underwater World Singapore provides you with the span and scope to do all this and more. The MAGIC T-tank allows you to defy gravity and feed fish with openings at the side of the tank. It also allows you to spot mimic octopuses that are famous for being masters of disguise. You can become one with the ocean as giant isopods quietly crawl beside you as you begin the 83m long voyage to the distinctive Reef and Ocean Colonies.

The Underwater World and Dolphin Lagoon allows you to immerse yourself in the antics of playful dolphins and fun loving seals who will take your breath away with their performances. Pose with fur seals and take photos of pink dolphins with a host of live performances scheduled just for you. This is one of the most famous programs at Underwater World Singapore and is effectively titled, Meet-the-Dolphins and Fur Seals LIVE!

In addition to introducing mankind to the wonders of sea world, this oceanarium also plays a serious part in conservation. Providing an ideal habitat for endangered species like pink dolphins, dugongs, the sea turtle and corals, the Singapore Underwater World is not just a leisure experience but also a safe haven for these majestic creatures. It actively carries out the Blue Mission, a series of educational exhibits and programs, outreach assembly talks and conservation projects that seek to inspire and educate people on the fragile marine environment. 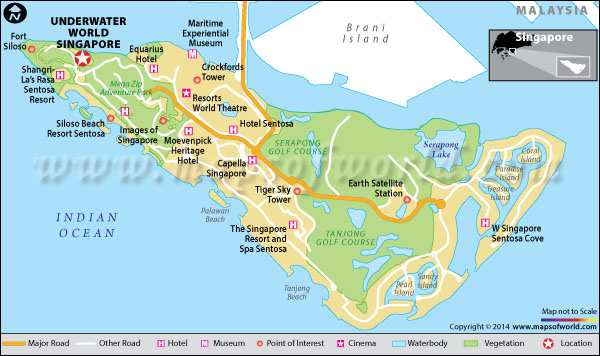 Where is Underwater World Singapore ?

Situated on the Sentosa island of Singapore, Underwater World is pretty much accessible by all forms of transport.
The easiest option that also affords you a picturesque view of the island is Cable Car, which you can board from Mount Faber or Cable Car Towers at HarbourFront Centre from 8.30 a.m. to 9 p.m. daily.

You can also alight at the HarbourFront MRT Station and walk to VivoCity Shopping Mall’s waterfront promenade. As you stroll down the only garden-themed Sentosa Boardwalk in South-East Asia, watch the five tropical landscapes indigenous to Singapore. At the end of the Boardwalk, you will find the Sentosa Visitor Arrival Centre.

You can also arrive at the HarbourFront MRT station and take the Sentosa Express from Sentosa Station at VivoCity Level 3.
If you decide to take a taxi, you can arrive directly at Singapore Underwater World. All you need to do is tell the driver to drive towards the direction of Shangri-La Rasa Sentosa Resort. The Underwater World is located right next to this resort.
Once you get to Sentosa, Underwater World and Dolphin Lagoon is just 10 minutes away. All you need to do is get on Bus 1 from the Beach Station. Transportation within the island is free of cost.

On an average, Singapore experiences a hot and humid climate. The island of Sentosa, surrounded by sea on all sides, experiences a breezy tropical climate, which makes the Underwater World and Dolphin Lagoon a joyride. The ideal time to visit is between June to August.

What are the coordinates of the Underwater World Singapore?

Which are the famous attractions in Singapore?