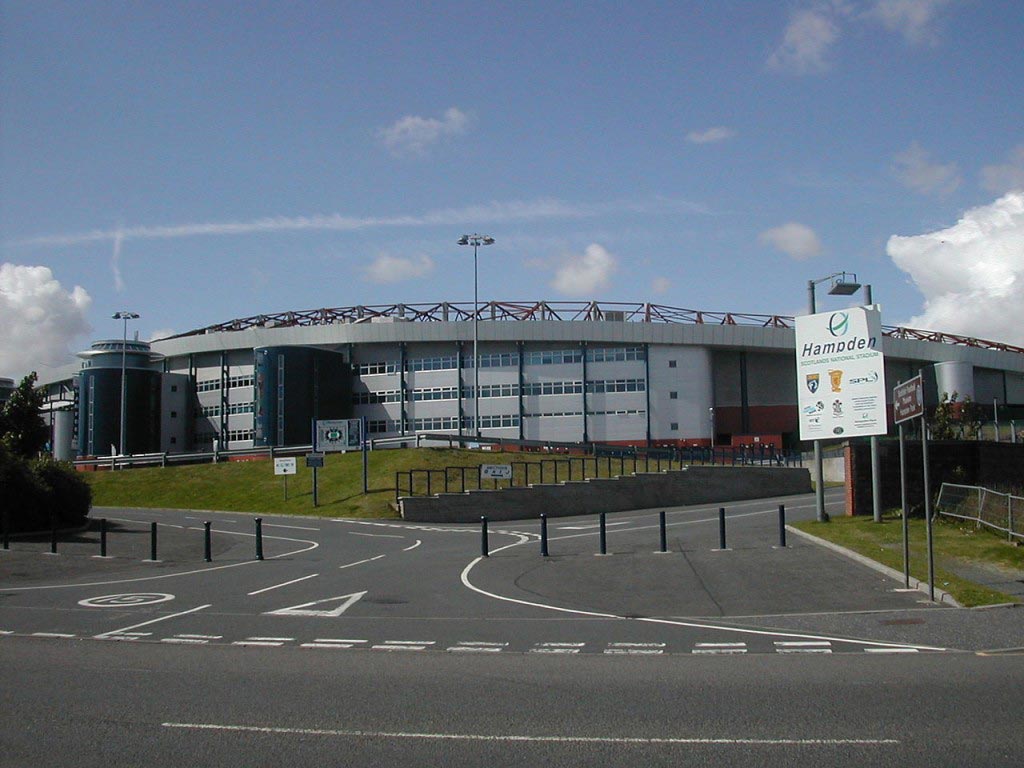 The Hampden Park in Glasgow is a favorite spot of the football fans. It became Scotland’s National Stadium just after it was built. The Hampden Park hosted several football matches, and the prominent one was the European Cup Final, Real Madrid vs Eintracht Frankfurt, held in May 1960. Over 130,000 Scottish fans witnessed the stellar performance. The Real Madrid emerged as the winning team.

In the middle of the 1970s, the need for refurbishing the stadium became a major concern. It was because of the fact that only the South Stand of the stadium was covered and provided seating facilities, while the spectators across the rest of the stadium had to stand to watch the performances in a bad weather. The stadium was devoid of major services or was offering devalued services in the form of kiosks, washrooms, changing rooms, etc. The efforts to pool the money to improve the deplorable condition of the stadium couldn’t materialize.

Thanks to the formation of the National Stadium Committee in 1990, the overdue task of revamping the stadium was shown green signal. The committee was formed by the spokespeople of the Club (Queen’s Park) along with the Scottish football authorities. It completed the task very beautifully and by May 1999, the stadium was ready to host a Festival of Football succeeded by the Scottish Cup Final.

The stadium had hosted the athletics as well as the closing ceremony of the Commonwealth Games 2014. Several temporary modifications had been made in an endeavor to turn the football stadium into a world-beating athletic stadium. The surface of the Hampden Park Stadium had been raised by 1.9 meters to fit in the athletics field and the running track. In order to raise the ground,eight rows of seats have been removed and the capacity of the stadium had been reduced from 52,000 to 44,000.

The stadium is home to the Scottish Football Museum – one of the prime attractions in the city of Glasgow. About 2,500 exhibits are displayed in the museum to promote the legacy of football. The museum also conducts some temporary exhibitions. The Hampden Park offers stadium tours and a chance to get an official Hampden Hotshot Certificate.

Presently, along with the football matches, the Hampden Stadium also hosts various events such as the concerts, corporate meetings, receptions, conferences, and weddings. If you are a real football fan, you would also wish to celebrate your birthday at the Hampden. The park provides excellent arrangements for the celebration of your children’s birthdays. The Hampden Cafe in the stadium is a nice place to satiate your hunger. 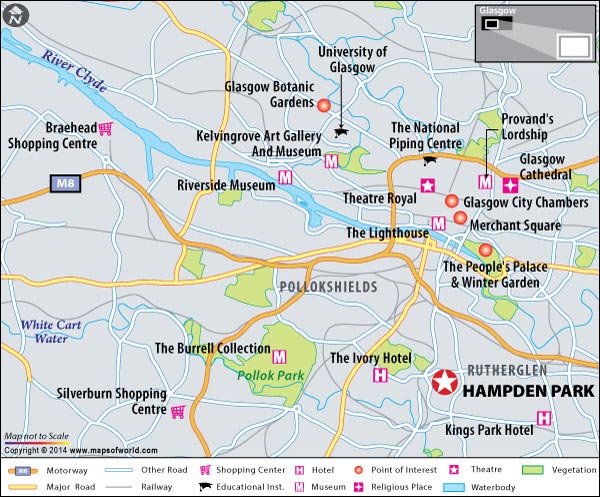 Where is Hampden Park ?

The Hampden Park is located at a distance of 10.1 miles from the Glasgow Airport via M8. It just takes about 15 minutes to reach the park. The park can be accessed via train, car, and bus.
Address: Letherby Dr, Glasgow, Lanarkshire G42 9BA, United Kingdom ‎
Phone Number: +44 141 620 4120

The entry to the stadium is free. However, the park charges entry for various services:

Is the parking at the stadium chargeable?
No. The stadium offers free and convenient parking.