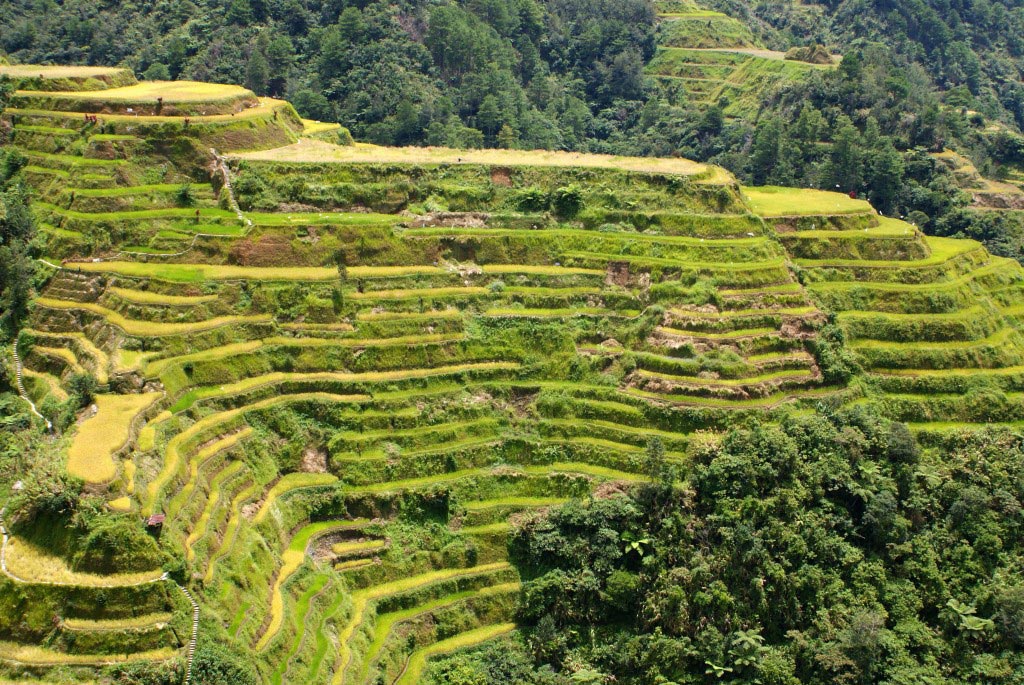 The 2000 years old Banaue Rice Terraces have been recognized as one of the wonders of the world. The fact that people still plant vegetables and rice on the terraces is extremely fascinating. The Rice Terraces are the only man made wonder carved in the mountains of Ifugao Philippines. They have been built mostly by hand with minimal usage of equipment, which goes on to show the great craftsmanship and creativity of our ancestors.

The rice fields cover 10,360 square kilometers and the people in Ifugao used a unique irrigation system to bring water from the rain forests in order to feed the lands.
One of the major highlights of the region is the presence of hiking trails, which attract many tourists from all over the world.

Apart from the Banaue Rice Terraces, there are other similar ones in the region such as Batad, Mayoyao, Hapao and Kiangan.

Accommodation in the area is not an issue since there are many local inns and hotels available at reasonable rates. Some private homes accept tourists for lesser charges as well.

UNESCO declared the clusters of terraces in Igugao as World Heritage Sites in 1995.

Where is Banaue Rice Terraces?

Banaue Rice Terraces are located at a distance from Manila but the region is one of the most popular attractions in the Philippines. The trip to Banaue from Manila takes about 9 hours in air-conditioned buses.

Weather in the Philippines has become unpredictable in recent years but still anytime is a good time to visit the region. Holy Week should be avoided since hotels get booked way in advance and prices increase substantially. Months between January and May are usually good in terms of weather to enjoy this destination. Time period between the months of June and September sees the least number of tourists.