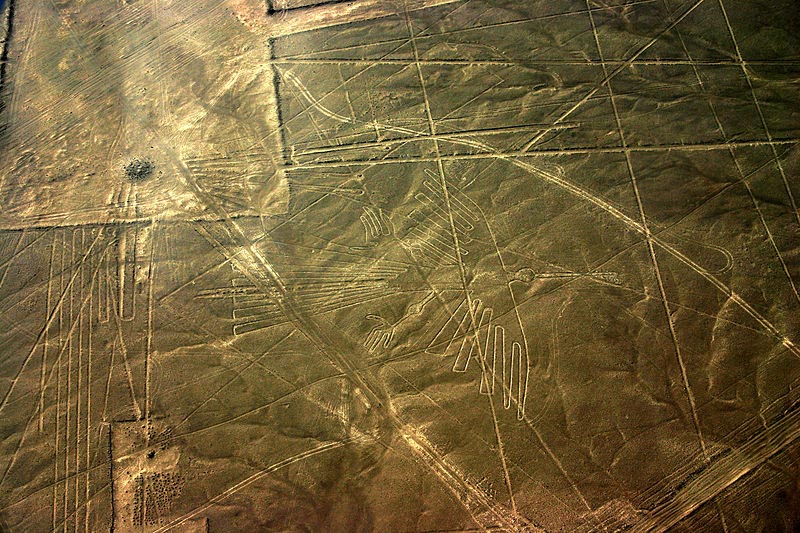 Nazca Lines are an enigma to the researchers, a baffling beauty for the viewers, and a stimulating challenge for the historians. The legendary lines of Nazca in the Peruvian region of the pre-Hispanic South America range from huge monkeys to giant spiders. The nature, size, count, and age: everything about these Lines is yet to be unraveled. Distinctive visual motifs, conventionalized plants, imaginary beings, and several geometric figures depicted through these lines evoke a sense of mystery.

The question “Who made the Nazca Lines?” has not been answered even after more than 2,000 years. Many theories have evolved while speculating about them. These geoglyphs are divided into three chronological periods:

A pilot flying over the region first spotted the Nazca Lines in 1939.

Maria Reiche Museum – It is the house of Maria Reiche, the German mathematician and researcher of the Nazca lines. The house was transformed into a small museum after she died in 1998. It is about 5 km north of mirador (lookout point) along Carr Panamericana Sur. The visitor can get a sneak peak into the life of Maria Reiche at the museum.

Pampas Galeras National Reserve – It is a vicuña sanctuary and a national reserve in the hills on the road to Cuzco about 90 km east of the Lines. The otherwise obscure and shy animal vicuña can easily be spotted here. A three-day long annual festival is organized here where vicuña is rounded for shearing by hundreds of villagers, who later indulge in festivities.

Chauchilla Cemetery – It is also popularly referred to as ‘Peru’s Necropolis’, which is a cemetery housing mummified remains and mud-brick tombs that belong to the Nazca community. It was discovered in 1920s. Burials at the Chauchilla Cemetery date back to 200 AD. The site is a little over 30 km away from these Lines.

Palpa Lines – The Palpa Lines are believed to be older than even the Nazca Lines as archaeologists suggest that they must have been drawn around 3,000 years ago. They are also gigantic representations of humans like those in Nazca.

The Nazca Lines are located in the desiccated coastal plain in Peru. The site is 421 km away from Peru’s national capital Lima. These Lines extend to the desert and the low Andean foothills.

By Air – This archeological site is about 81 km away from the San Juan Airport. While the capital of Lima is the major city closest to the Nazca Lines, the Jorge Chavez International Airport in Lima is over 570 km from this World Heritage Site

By Road – Nazca Lines are connected by road to some of the biggest cities in Peru. An eight-hour-long drive from Lima by car or a bus ride will get the tourists to this place.

It is naturally hard to find any luxurious accommodation in a desert like Nazca, yet there are a number of mid-range hotels available in the region. Hotel Casa Hacienda Nasca Oasis, Hotel Casa Andina Classic, Hotel Majoro, Hotel Alegria, and Hotel La Maison Suisse are some of the best options available in Nazca.

Mamashana Cafe Restaurante in Nazca is famous for its Japanese cuisines, Pizzas, sandwiches, and coffee. Rico Pollo is another popular restaurant in the region, which serves various chicken dishes and pizzas. La Maison Blanche is a restaurant-cum-bar and serves coffee as well.

The region experiences a moderate climate throughout the year. The best time to visit the Nazca Lines is early morning, when the air is calm.