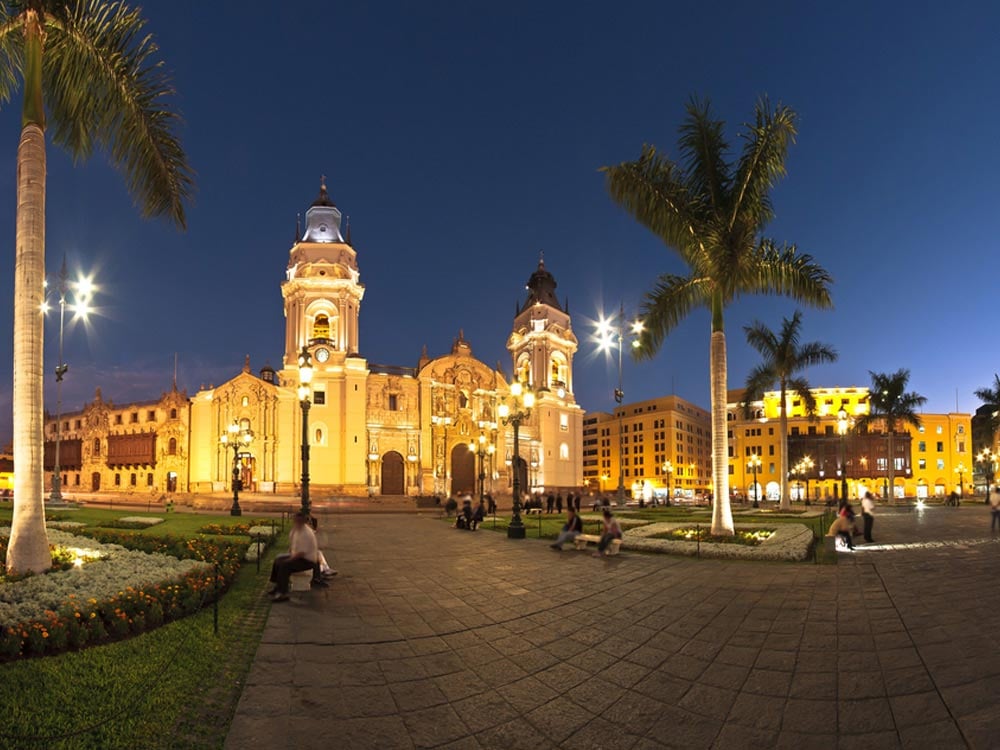 Cathedral of Lima – One of the major tourist destinations in Lima

One of the major attractions of Lima in Peru is the historic Cathedral of Lima (Catedral de Lima). Francisco Pizarro, a Spanish explorer credited with having founded the city of Lima in 1535, laid the cornerstone of this basilican Cathedral. The colonial structure of this Cathedral reflects the architecture of different epochs. Fifteen decorative chapels form this Cathedral complex. This Cathedral is not only one of the top tourist destinations of Peru, but is also a famous landmark of the city of Lima.

During the construction of the Cathedral, however, a devastating earthquake damaged the structure and it had to be rebuilt. Even after being damaged several times due to major and minor earthquakes and reconstruction work on the Cathedral, the colonial style of architecture has been maintained. The first church was completed in 1538, and Francisco Pizarro inaugurated it in 1540. In 1551, Archbishop Jeronimo-de-Loayza inaugurated the second Cathedral. In 1622 the work on the third Cathedral was finished.

The Catedral de Lima has a magnificent design. Its exterior architecture is reminiscent of the architectural style of the Spanish colonial era. There are three highly decorated doorways in the front facade of the church. The striking features of the Catedral de Lima are its wooden balconies and vaulted delicate ceiling. One can see the cross-shaped pillars in the interior section of the Church. The benches in the Cathedral are made of high quality wood. The choir stall is also splendidly carved and the Greater Altar is gold plated. The candlesticks, the Italian marble floor, and decorative mosaics on the grave chapel create the perfect ambiance for people seeking peace of mind and serenity. There are fourteen side chapels in the Cathedral, which are also highly decorative.

The colonial structure of the Cathedral along with its exterior and interior architecture are the main attractions for the tourists. The tomb of Francisco Pizarro is placed to the right side of the entrance in the beautiful mosaic chapel. The Cathedral has a small museum, which has artifacts of the colonial time and displays the historical heritage of the city.

One of the major tourist destinations in Lima, the Catedral de Lima impresses all its visitors with its magnificent structure and design. 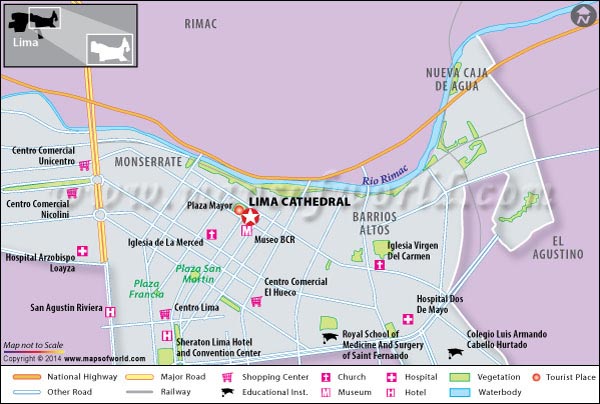 Where is Cathedral of Lima ?

Catedral of Lima is named after the historic city Lima, where it was built. One of the famous tourist destinations in Peru, it is located in the downtown Lima and is easily accessible. A mere 6.8 miles away from the international airport of Lima, Jorge Chavez International Airport, the Cathedral can be reached by bus and private cars.

The Cathedral is open throughout the year. You can plan your visit any time.