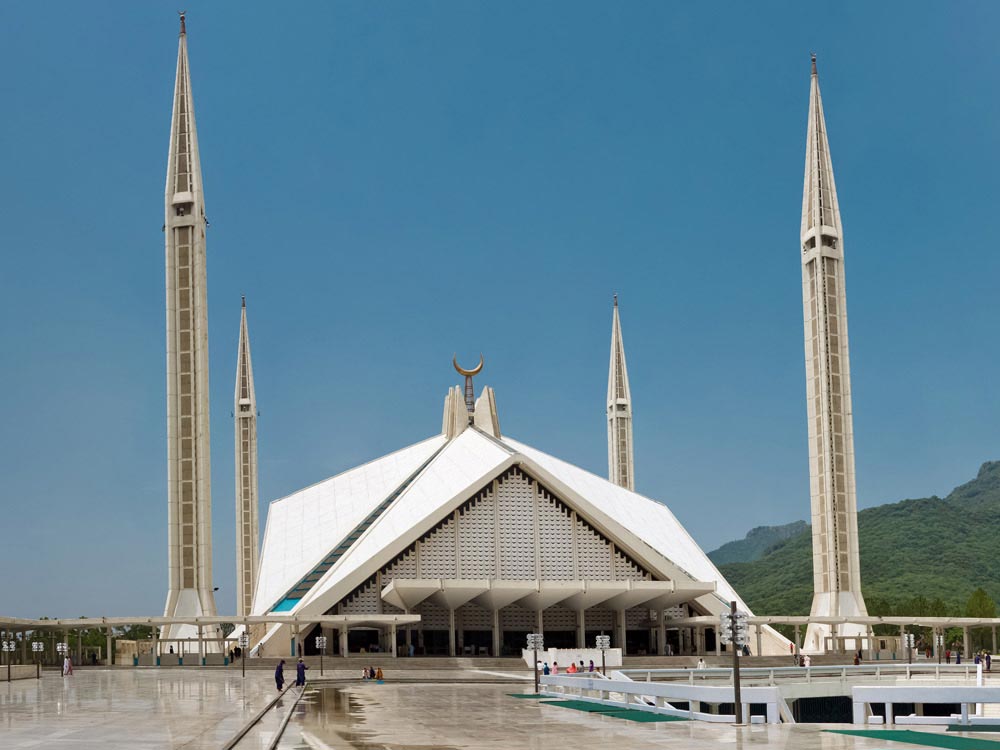 Pakistan is one of the prominent Islamic countries in the world, and Faisal Mosque is one of its main mosques. It is not only a place of worship, but it also boasts of a rich history. It is located in the close vicinity of the mausoleum of General Zia-ul-Haq, and this makes the place easy to find. The Faisal Mosque has a marvelous architecture, and is also superbly decorated. The beauty of the structure is doubled due to the presence of the Maragalla Hills in its background.

The excellent design of the mosque is sure to intrigue and inspire students of architecture. It is a combination of medieval as well as modern building concepts. Faisal Mosque has four minarets. If you take a minute and look at them you will find a visible influence of the Turkish architectural style of yesteryears. The mosque can accommodate 24,000 people in the portico. However, the courtyard of this building is even more spacious. It can accommodate 40,000 people.

It is one of the major sightseeing places in Islamabad and you cannot miss a visit here. The place where this mosque is situated is called Shaharah-e-Islamabad. It is a picturesque site that is worth capturing in frame and also in words, if you are a poet, then the second option will be close to your heart. 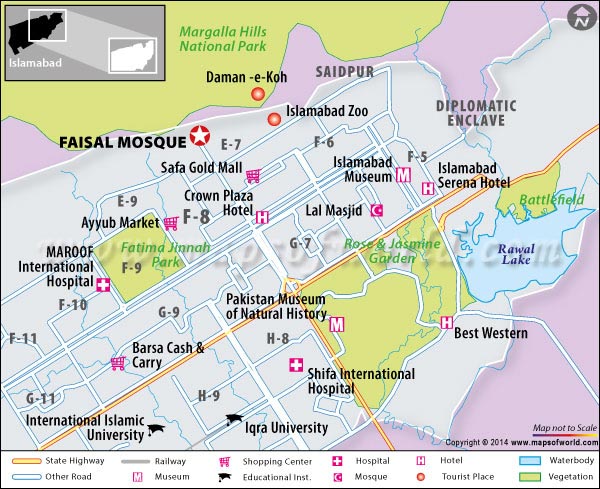 Where is Faisal Mosque?

As summers are very hot in Pakistan, the best time to visit the Faisal Mosque is during the winters.

Entrance to the mosque is free. You just need to pay an attendant to keep your shoes safe.