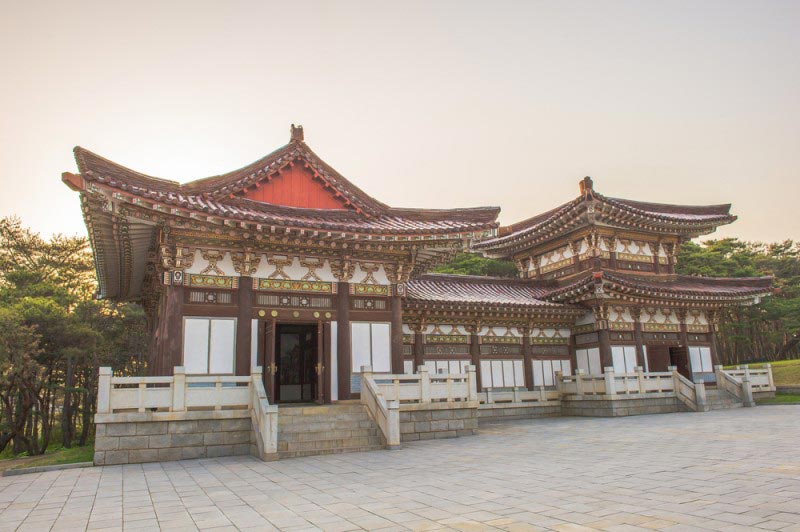 North Korea is located in the northern half of the Korean Peninsula. Officially, North Korea is named as the Democratic People’s Republic of Korea. With its capital city of Pyongyang, North Korea comprises a total area of about 120,410 square kilometers. The water bodies that surround this country include Yellow Sea and Korea Bay in the west and the Sea of Japan to the eastern side of Korea. The main river that flows along the country is Amnok River.

The climate of North Korea is pretty comforting and favorable. North Korea has a temperate climate. The precipitation is higher during the summer season, while the winter season is chilly cold. The winters are long, dry, and cold. The summer season is marked by the humid, short, and hot climate. The climate of the country greatly depends on the varied and rich geography of North Korea, which is a highly centralized communist state. It got its independence from Japan on August 15, 1945. On September 9, 1948, it got separated from the Republic of Korea.

People of North Korea follow the religion of Buddhism and Confucianism. But the capital city was a major center for Christian activities before the Korean War. The people of Korea speak the Korean language. You can, however, find a number of dialects of Korean among the people.

The culture of North Korea is rich and has a heritage of its own. Literature, theaters, music, and film are some of the major aspects of the enriching heritage of North Korea. This country celebrates a popular event known as the Mass Games. This game involves dance, choreography, and gymnastics. These games are held at different venues of the capital city of Pyongyang.
Coming to North Korea, you can visit various places of interest and spend a quality time out here. Some of the major tourist attractions include Koguryo Tombs, Mount Kumgang, the state circus, Revolutionary Opera, Tower of the Juche Idea, Triumphal Arch, etc.

This country of communist dictatorship follows a strict policy of inviting tourists. Full of mountainous regions, narrow valleys, and coastal plains, the country offers some valuable sightseeing options to the tourists. Considered as one of the homogenous countries of the world in terms of ethnicity and linguistics, North Korea mainly has Buddhist population.

The best time to visit the country is either during the spring or in the autumn. The country is blessed with a temperate climate and sometimes it is prone to suffer from severe drought or can be affected by occasional typhoons.

When it comes to food and accommodation, North Korea has a limited number of varieties in their cuisines. They prepare some typical cuisines and the restaurants serve some popular dishes like Korean fare, kimchi, noodles, etc.

This country is reputed for some kind of political unrest and insurgency. Korean is the official language of the people. The tourists can assure themselves that this country is almost free from any sort of crimes. It is safe to drink water from the local taps. The country has a basic medical facility, which is not much developed. The country pays enough reverence to their former leaders Kim II Sung and Kim Jong II. The punishments meted out to the offenders are really harsh. It is considered an admirable gesture if you bring gifts like cigarettes for the men, and doughnuts or skin cream for female guides, etc. Before visiting the country, adapt your tongue to some Korean words and phrases.

Apart from the Asian countries which get an easy access to North Korea, other countries of the world can have an unhindered entry to this country. The country allows the tourists to enter with the help of flights, trains, buses, and boats. The country covers a big area and also offers the opportunity to the visitors to enter the country in various modes of transport suiting their pocket and taste.

Planes are the preferred option for most of the tourists. The country has some 4 to 5 international airports, where flights from the different parts of the world arrive. Some of the flights that carry people from all over the world to North Korea, are Air Koryo (all special government approved charters only – Busan, Macau, Moscow-Sheremetyevo, Prague, Seoul-Incheon, Shenzhen, Sofia, Yangyang), Asiana Airlines (Seoul-Incheon), China Airlines, Mandarin Airlines (Taipei-Taoyuan) Far Eastern Air Transport (Taipei-Taoyuan), Korean Air (Seoul-Incheon), etc.

The trains from Pyongyang connect with Beijing in China via Tianjin, Jinxi, Dandong, and Shinuiju, for four times a week. The country also has a railway link with Russia, which is not being used in the recent past. The bus service is there for the people of China, which forms a link between Dandong (China) across the Yalu River to Sinuiju. The visitors might find it a little difficult to board these bus services, as it does not have a fixed schedule. Japanese can avail an extra mode for reaching North Korea. They have the privilege of boarding ships from Nilgata in Japan to Wonsan in North Korea. The ship service is often noted to be disrupted, due to some political unrest between these two countries.

Transportation in this country is quite convenient and easy. There are about 78 airports in North Korea. There are 35 airports with paved runways and 43 airports with unpaved runways. This country is well connected with other countries through ports and harbors. The railways and roadways in the country are also quite convenient.You can even avail metro rail service, which connects to various parts of the country.

The country with its rich collection of attractive mountains and other natural beauty, has got the capacity of attracting people from all over the world. The temperate climate of the place also makes it comfortable for the tourists to visit the country. The country has an abundance of wilderness in the form of national parks. Some of the common tourist attractions in North Korea are Kumgangsan, Myohyangsan, Paekdusan, Panmunjom, etc.

North Korea offers a whole range of things to entertain the visitors. While in North Korea, you can expect to find some fascinating Diamond Mountains in Kumgangsan. This second highest mountain in North Korea offers some breathtaking sceneries like waterfalls, lagoons, mineral springs, and Buddhist temples, and hermitages. Samil Lagoon is also a top spot to visit in Kumgangsan. Myohyangsan is the mysterious fragrant mountain of the country. This mountain is a hiker’s paradise. Country’s highest mountain Paekdusan, is an extinct volcano. This mountain has a huge crater lake called Chonji (“Lake of Heaven”) at the summit. The lake is surrounded by bare rocky crags. It is one of the deepest and coldest alpine lakes in the world.

North Korea has something more to gift to its visitors. The city of Pyongyang is worth visiting for the famous Juche Tower and the bronze statue of the great leader Kim II-sung at Mansudae. The visitors will be able to see some ancient temples and tombs of the Koryo rulers, in the city of Kaesong. A major form of entertainment, which the tourists must look forward to is the Arirang Mass Games, held every year in Pyongyang. The mass gymnastic and artistic performance create a great sensation. Besides, the country has some great musical operas, and dance clubs, where the tourists can have a gala time.