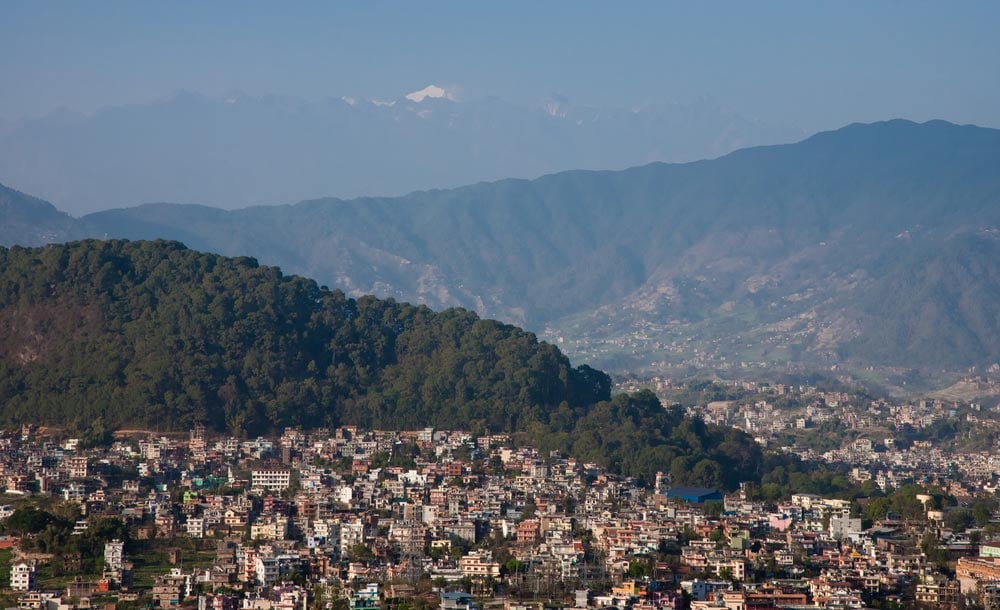 Kathmandu Valley surrounds itself with tall and beautiful mountains

Kathmandu Valley is comprised of three cities- namely, Kathmandu, Patan and Bhaktapur. Kathmandu is the capital city of Nepal and is the gateway to tourism in the country. It’s the center of Nepal’s economy. Tourism in Kathmandu had declined because of political unrest but it managed to pick up again. Kathmandu Valley undoubtedly dominates the political and cultural part of Nepal and the three cities that it is made of consist of seven shrines.These seven shrines together are listed among the UNESCO World Heritage Sites. The Valley is also comprised of many exquisite monuments and sculptures.

Kathmandu is one city in Nepal that is rich in ancient traditions but at the same time is as technologically advanced. Also, given the amount of hustle and bustle in the city, people in the region are still extremely friendly. There are a number of sites that are worth a visit by tourists- Kathmandu Durbar Square, Akash Bhairav, Asan, among many other ones.

Patan, another city included in Kathmandu Valley is also known as ‘Lalitpur’. It’s located about 5 kilometers from Kathmandu and is home to fine craftsmen who would still use ancient techniques in order to produce sculptures. Mahabouddha is a Buddhist monument in Patan that is worth seeing. It has thousands of images of Lord Buddha engraved on it. Other sites such as Kumbeshwar, Jagat Narayan and Ashoka Stupas are also associated with rich history.

Bhaktapur, which is also a part of Kathmandu Valley, is the city of devotees. This region has been away from urbanization and has retained its old roads and red brick houses.

Casinos and the nightlife in the region would never let tourists down. Nepal is also a great shopping destination.

Where is Kathmandu Valley?

Kathmandu Valley in Nepal consists of three cities and all three are fairly close to each other. Patan is 5 kilometers southeast of Kathmandu while Bhaktapur is situated 12 kilometers from Kathmandu on the highway that leads to the Chinese border.

Kathmandu Valley enjoys good weather that is almost never extreme. It neither exceeds 34 degrees Celsius, nor does it drop below 3 degrees Celsius in the winter season. Hence, any time during the year would be appropriate for a visit. But the best time to visit the region is definitely between the months of September and November since the weather is balmy during those months and that is also the time for festivities.