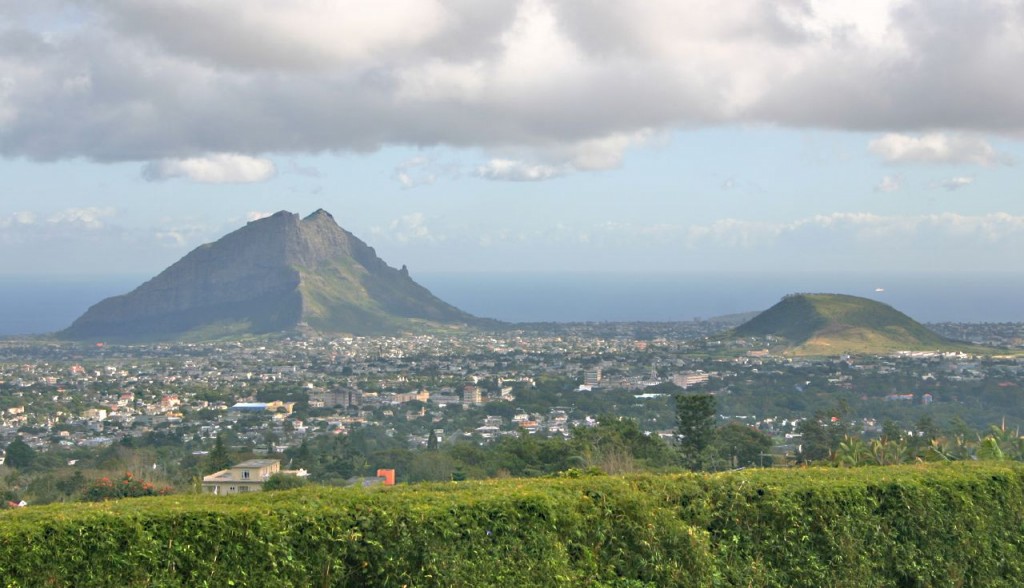 Trou Aux Cerfs, also known as Murr’s Volcano, is a dormant volcano in Mauritius. One of the best places in the country to relax and reflect, this cone-shaped volcanic crater is endowed with abundant flora and fauna. Now surrounded by various suburban neighborhoods, the crater offers a magnificent view of the island from the top. At the bottom of the crater resides a beautiful rain-fed lake.

This volcanic crater was created because of underwater eruptions in the Indian Ocean about 10 million years ago. It’s believed that the last eruption took place about 600,000 years ago. The town of Curepipe started receiving settlers toward the middle of the 20th century when trade flourished between the highlands and Port Louis.

Things to Do Near Trou Aux Cerfs

Hiking – Take a walk along the rim and into the lush greenery of Curepipe as you ascend the 605 mhigh crater. There is a swirling narrow path along the crater that leads to many viewpoints in the vicinity. Due to its steep descent, hiking is not an easy feat to achieve.

Sightseeing – After reaching on top of the dormant volcano, you are greeted with breathtaking views of Mauritius— the kind that early morning joggers and walkers love. A Trou Aux Cerfs tour also includes a visit to the radar station built for keeping electronic surveillance on cyclone activity.

A Trou Aux Cerfs tour will also include a visit to the radar station built for keeping electronic surveillance on cyclone activity. Tired souls can rest their legs on benches constructed at regular intervals and soothe their eyes as they look upon the charming natural scenery.

The Trou Aux Cerfs is located 1 km west of the central plateau in Curepipe, in the Plaines Wilhems District, Trou Aux Cerfs is the image of a perfect volcano. The Tatamaka River and Grand River North West have their sources in the crater’s lake that acts as a catchment area. The crater lake is small in size, thus water sports are not very popular at Trou Aux Cerfs, Mauritius. Curepipe is linked with the expressway by a surfaced road that connects the national capital and Vacoas-Phoenix.

By Air – Sir Seewoosagur Ramgoolam International Airport is the nearest international gateway to this place. A cab ride (less than 18 km) from the airport to Trou Aux Cerfs takes 30 minutes.

By Road – The M2 expressway rus through Curepipe. It connects the town with the national capital, Port Luis. Public bus services are easily available at regular intervals and connect Curepipe to neighboring cities such as Moka, Centre de Flacq, and Mahon a Bourgas. Two bus terminals – the northbound and southbound – cater to travelers. The terminals are located on the junction at Victoria Avenue in Châteauneuf Street.

Curepipe and Quatre Bornes are the nearby towns with luxury hotels and budget hotels for tourists to avail any of them depending upon their pocket.

From Octopus curry to Creole curries or Fish vindaye, the best of Mauritian cuisine can be explored in Curepipe. The town has quite a few authentic restuarnts including Ginger, Royaume des Saveurs Restaurant, and Le Sapin Restaurant.

Although Mauritius has a tropical hot and humid climate, the Trou Aux Cerfs is high up in the Central Plateau, enjoying cool and rainy weather throughout the year. On a clear day, the coast of the Reunion Island is visible. September to November is an ideal time to visit the volcano as these are the months that witness least rainfall.