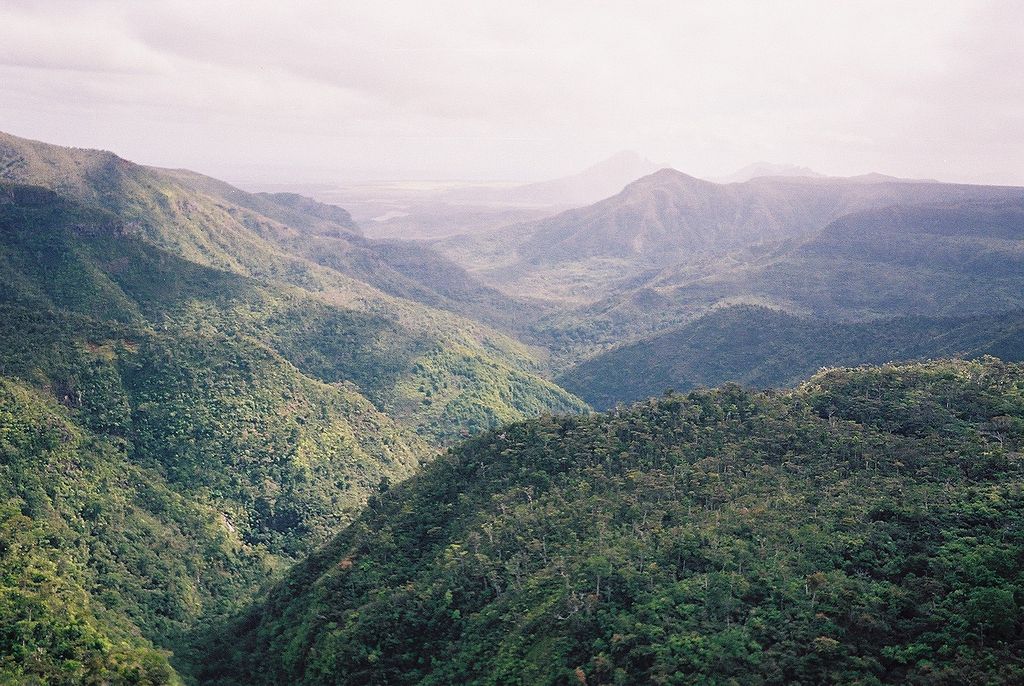 A vast expanse of wild hills and rolling forests in a protected reserve, the Black River Gorges National Park is Mauritius’s biggest national park. It covers only 2% of the island’s surface yet is one of the prime places-to-visit for tourists. Hailed as the last green resort for the island’s endemic species, the importance of this Park cannot be overstated. Each year, thousands of tourists come to visit this Park, which is only a day trip from the Island coast.

Home to a wide variety of birds, animals and exotic flora, the Park is a lovely visit for both nature enthusiasts as well as hikers. With arches of glistening waterfalls, undulating terrains and serene vistas, the gorge located in the innermost part of the island is far cooler than the coastal humid areas.

Hike along the indigenous mountains as you discover a wide variety of endemic flora and fauna that will take your breath away. Trace the footsteps of the majestic Gorge as it curves dramatically between the mountains. Look at the volcanic summits and deep valleys that form the heart of Mauritius.

Explore the rare exotic woods of the green forests which include Ox Tongue, Verbena, Tree of Travelers, the Dodotree, Chinese Guava, Trochetia and other colorful Anthuria and Orchids. Catch a fleeting glimpse of several introduced species like the wild boar, roe deer, red deer, Tenrecs and Macaque monkeys. And when you are tired, just begin swimming in one of nature’s own pools.

The Black River Gorges National Park trail map features a variety of routes for the convenience of old as well as young tourists. Choose from the short 3km Mare Aux Jones, the 6km Parakeet or the extensive Macchabee-Petrin trails. The 14km return Macchabees Loop Forest Trail is a day in heaven for hiking enthusiasts and provides you the rare opportunity of observing detailed nuances of the forests. While its 10km long one-way trail leads to the Visitor Center with spectacular views located on the Black River, the 12km return Mare Longue Loop leads hikers to a reservoir through an ancient dwarf forest.

Situated in the mountainous south-western region of Mauritius, Black River Gorges National Park consists of a gorge that runs across the island’s central highlands. It is located at the address, B103 – Plaine Champagne Road, Mauritius.

The best way to reach the Park is to get to the entrance by Black River. You can either use a bus or a rented car to get to this entrance. As you drive towards Le Morne on the main road, turn off to the Riverview Shopping Center and follow the road for 2km till you arrive at a Gate. The distance from this gate to the parking zone is an approximate thirty minutes.

The road from the coast to the Park is being further expanded, which will likely increase its accessibility. The nearest international airport is SSR Airport, and it takes about 33 minutes via M2 to reach the Park from it.

Since it is located in the inner hilly regions, the Black River Gorges experiences a relatively cool temperature as compared to the rest of the hot and humid island. It is also advisable to bring wet weather gear as rainfall is common.

September to January is the best time to visit as this is the flowering season, and it also offers breathtaking views of the dodo tree or tambalacoque, wild guavas and black ebony trees.

The Park has two main Visitor Centers. The Black River Center is at its western entrance, 5km away in the southeast direction of Grand Riviere Noire. It is open from Monday to Friday from 9am to 3pm and on Saturday and Sunday from 9am to 4pm. From this center, the only way inside the Park is on foot. The gate closes by 6pm.

The Pétrin Information Center is at the eastern end of the Park. It is open from 8am to 3pm on weekdays and from 8am to 11am on weekends.
Staff at both the centers can help visitors with copies of the Black River Gorges National Park Map which becomes instrumental while hiking. These centers can also help with booking guides for trails. In fact, special copies of the Black River Gorges National Park Trail Map are also available for MUR 50. These highlight nine of the most popular trails crisscrossing the Park.

No amount is payable as Black River Gorges National Park entrance fee. Entry is free although you have to pay for booking trails. You can book a trail up to a day in advance. Their prices usually start from MUR 1200 and above.