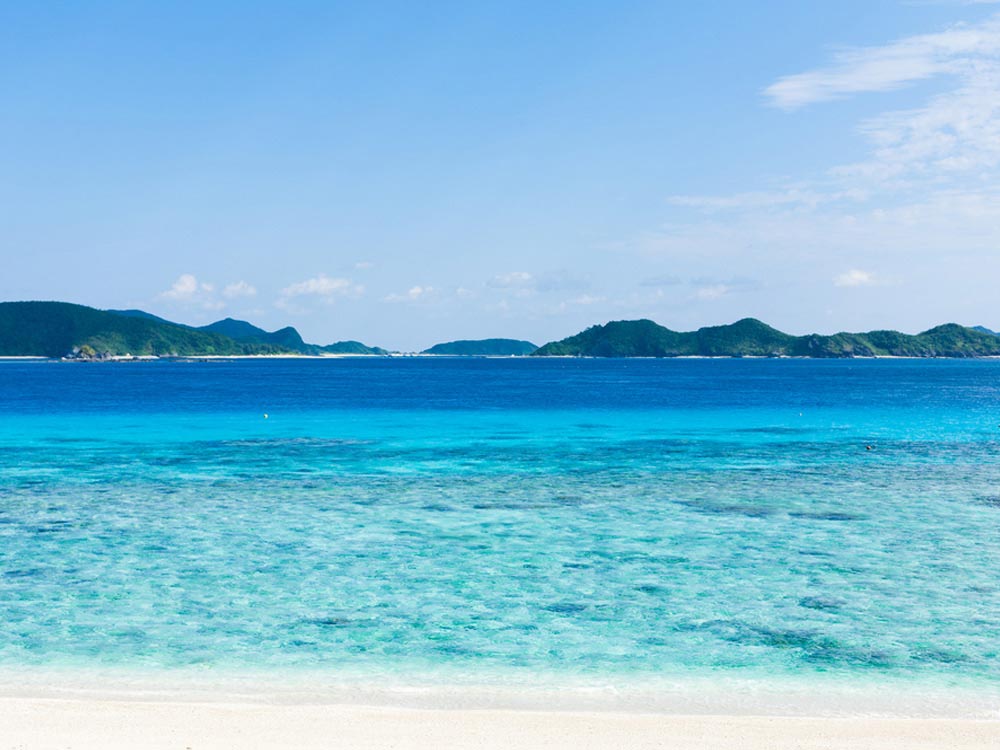 Enjoy the Clear blue water at the Akajima Island in Japan

Aka Island (Akajima island) is located in Akajima, a part of the Kerama Islands group, situated about 24 miles from Naha, the capital of Okinawa, Japan. Akajima island, also popularly known as Aka, is a popular daylong tourist attraction for the residents of Okinawa and mainland Japan.

The calm and serene landscape of the Akajima island is bound to make your visit worthwhile. Once you reach Akajima, you can explore the island on foot or bicycle and, for the adventurous tourists, kayaking is also an option. The heat can sometimes be a hindrance while moving about Akajima. Don’t get disheartened! You can always cool yourself by taking a quick dip in the crystal clear sea.

The sea off the coast of Akajima is home to a variety of fish and corals. It is often said that the corals found here are second only to those in the Great Barrier Reef in Australia. It is a great place for both amateur snorkelers and divers, and for marine biologists to experience the rich diversity of sea life. It is estimated that there are around 360 different fish species and more than 1,500 hundred invertebrate species around Akajima island. In addition to this, there are an estimated number of 220 seaweed species in this area.

If you are planning a summer visit, you might catch a glimpse of loggerheads, hawksbill turtles, and green turtles laying their eggs on the beach. The area around Akajima Beach is also the breeding ground for humpback whales during the months of January to April. So there is a good chance of catching these giant mammals up close.

If you are an avid bird watcher, then you are also in for a treat. Akajima also has a vibrant terrestrial life which is a home to a wide species of birds, butterflies, and Golden silk orb-weaver spiders. If you are adventurous enough to enter the woods, you can also catch a glimpse of the Kerama deer, which are known to swim between the islands.

You can also visit the Akajima Marine Science Laboratory (AMSL), which was set up in 1988.

If you are planning to visit the island, check out Places to stay near the island with Aka Island Accommodation

Facts about Aka Island

Where is Aka Island?

Akajima is located around 24 miles (40 km) from Naha, the capital of Okinawa. It is located in the southern part of Okinawa Island on the East China Sea coast.

You can reach Akajima island from neighboring islands, Zamami and Naha by boat. There is a high-speed ferry that connects Akajima island with Naha. The boats stop once at Zamami on their way to Akajima Port. The total journey may take about an hour. You can also avail of the inexpensive ferry service; this, however, may take more time to reach Akajima. This is likely to shorten your stay on the island. The return ferries leave for Naha in the evening. The nearest airport to Akajima island is located in the uninhabited island of Fukaji. It is called Kerama airport. Since 2009, though, the regular service to this airport has become irregular. So, the best way to reach Akajima island is by boat.

Best time to visit Aka Island

Akajima island experiences around five typhoons every year, especially during early summer season. Akajima island receives a lot of the sun’s blaze in summer. From October to April, it faces strong northern winds and large swells. Although Akajima island faces typhoons during the early part of summer, it is still the best time to visit. The temperature is ideal for a day outing.

The Aka island can be visited any time of the day. There is no specific time duration to visit this splendid beach. Early mornings and evenings are preferable timings as they are cooler than the afternoons.

More on Aka Island