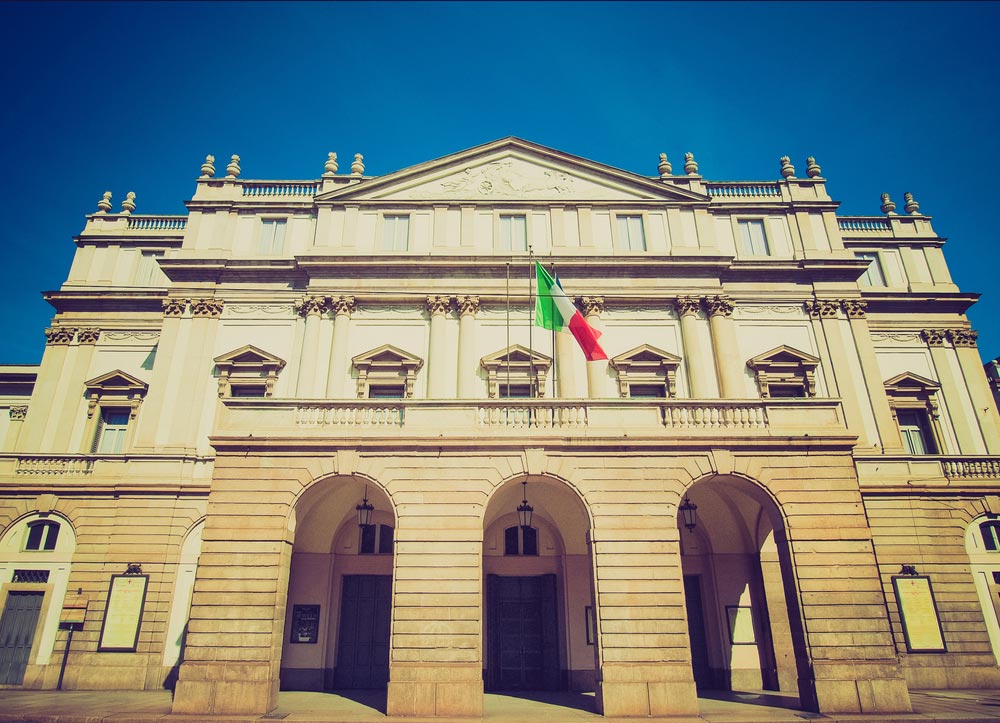 La Scala or Teatro alla Scala is one of the most remarkable tourist attractions in Milan. It is considered as one of the most famous opera houses in Italy as well as in the whole world. This opera house remains packed with visitors all through the year. The experience here will be enjoyable and cast an indelible impression on you.


The initial structure of the Teatro alla Scala got destroyed in a devastating fire. However, the new theater was soon constructed in the previous setting of the Santa Maria della Scala Church. The current name of the theater has been derived from that of the church. Pietro Nosetti, Pietro Marliani, Giuseppe Fe, and Antonio were entrusted with the task of rebuilding the theater. The renovation took around two years to complete.

The seats in the theater are structured into 678 pit-stalls, systematized in six levels of boxes laid under the ‘loggione’, which means two galleries. It is truly considered as one of the most prestigious honors to perform on the stage of this theater. Initially, the La Scala theater was lit with 84 oil lamps fixed on the palcoscenico. Around 1,000 such lamps can be found in the remaining portion of the theater. There are over 100 water buckets in each and every room of the theater to help minimize the dangers of fire. With the gradual passage of time, the oil lamps were substituted by gas lamps and electric lights replaced them in 1883.

The theater underwent refurbishment in 1907 and its seats were increased to 2,800. After the devastation of the bombing, the Teatro alla Scala theater again opened for the public on May 11, 1946, with an unforgettable concert conducted by Arturo Toscanini. The season of La Scala’s season traditionally opens on December 7 on Saint Ambrose’s Day. According to the convention of the theater, all the performances must end before midnight and to wrap up everything within the scheduled time, long operas start early in the evening. Ticket holders are strictly prohibited from entering the theater after the performance starts.

The La Scala Museum also forms an integral part of the Teatro alla Scala. The museum holds an excellent collection of paintings, statues, drafts, costumes, and other documents concerning opera and the history of the La Scala Theater.

The Teatro alla Scala opera house is located in Milan, Italy. It takes around one hour to reach the theater from the Milano Malpensa Airport.

You may visit the Teatro alla Scala in Milan throughout the year. However, the best time to visit Milan is during spring and fall.

The opening hours vary with the events scheduled at the theater. Check at teatroallascala.org.

Similarly, you have to pay different fee for Symphonic Concerts, Recitals, Exceptional cycles, and La Scala with the Family.

The entry tickets to the museum cost:

Related: Where is Milan?